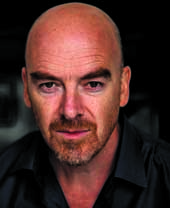 WHAT: THE AFTERMATH, a novel

WHY:
“His chilling observations are unnerving and riveting.
“Postwar Hamburg is the backdrop for British writer Rhidian Brook’s emotionally charged novel, which is inspired by his family history. British Col. Lewis Morgan is stationed in the German city in 1946. He requisitions a house for his family, but instead of casting out its German owners (the standard procedure), he allows them to remain. Brook’s chilling observations of Hamburg’s defeated inhabitants and ‘the fantastic destruction that lay all around’ are unnerving and riveting. ‘Feral’ children, he writes, beg for cigarettes and chocolates, and ‘Rubble Runners’ clean up the remains of bombed-out buildings in exchange for food vouchers.
“But the novel’s smaller stage—the home that Morgan; his wife, Rachael; and their son, Edmund, share with Stefan Lubert and his daughter, Freda—tells the bigger story. The blended families are uncomfortable with their new relationship, and the toxic effects of unassuaged grief for lost love ones complicates the situation…
“Fans of WWII-era historical fiction will be drawn to this novel.” —PUBLISHERS WEEKLY 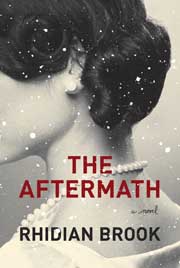 Media Resources:
About the book | About the author | Read an excerpt  | Reader’s Guide |  Download the jacket or the author photo | Listen to the Audiobook