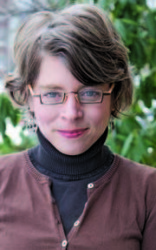 WHAT: BOOK OF AGES:
The Life and Opinions of Jane Franklin

WHY:
“The first telling of a remarkable American story.
“Lepore was intrigued to learn that Benjamin Franklin and his youngest sister, Jane, were so close they were called Benny and Jenny. Renowned, world-traveling brother and obscure, homebound sister exchanged loving, newsy, bantering letters for more than 60 years. Most of his were preserved, while three decades’ worth of hers disappeared. This near-erasure, along with the gender bias that determined the vast differences in the siblings’ education, opportunities, and experiences, become as much a focus in this zestfully rigorous portrait as Jane herself.
“The most poignant artifact Lepore unearthed was Jane’s handmade ‘Book of Ages,’ recording the birth of her 12 children and, excruciatingly, the eventual deaths of all but one of them. In spite of the tragedies she endured, Jane’s surviving letters are ‘gabby, frank, and vexed,’ the correspondence of a smart, witty, hardworking woman who ‘loved best books about ideas,’ reveled in gossip, expressed ‘impolite’ opinions on religion and politics, and shared piquant observations of the struggle for American independence.
“By restoring Jane so vividly to the historical record, Lepore also provides a fresh, personal perspective on Benjamin. And so extraordinarily demanding was her research, even the appendixes in Lepore’s vibrantly enlightening biography are dramatic.”
—Donna Seaman, in a starred review for BOOKLIST 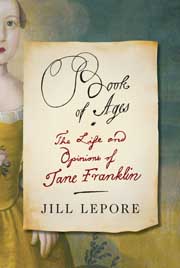 “An important, inspiring portrait of a determined and faith-filled woman who just happened to be the sister of a big shot.” —Margaret Kappanadze, in a starred review for LIBRARY JOURNAL

“A beautiful, inventive, and accessible story.
Lepore, in revealing the affectionate, respectful relationship between Ben and Jane, provides an invaluable view of the lives men and women led in 18th-century America.” —PUBLISHERS WEEKLY

“We can only see into Jane Franklin’s mind because her correspondent was famous and because a vastly talented biographer reassembled her for us.” —KIRKUS, starred review