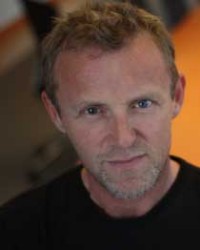 WHAT: POLICE, a Harry Hole novel

WHY:
“One hell of a thriller…
a riveting cat-and-mouse game of a novel.
“Police officers in Oslo are being murdered by a serial killer with a bizarre agenda:
each victim is discovered at a crime scene that mimics the scene of an earlier unsolved murder. Not only that but the new victims all participated in the investigations of the earlier crimes. Is the killer a fellow cop? Working as an off-the-books task force, Harry’s former colleagues—Beate Lønn, Stale Aune, Bjorn Hølm, and Katrine Bratt—set out to find the answers. It’s clear that Chief of Police Mikael Bellman and his henchman, Truls Berntsen, are dirty, but are they killers?
“Nesbø cunningly plays with the reader throughout this devilishly plotted tale, introducing multiple corkscrewing twists and, while we’re worrying about Harry, slipping in a horrifying shocker from another direction altogether. The narrative is ingenious, but it grips us the way it does because, after nine novels, we’ve formed abiding relationships with these characters and don’t like to see them messed with. Nesbø messes with everyone here, especially the reader, but furious as we’d like to be, in the end we’re willing supplicants.” —Bill Ott, in a starred review for BOOKLIST

“Arguably the most densely packed
and ambitiously plotted novel in the series.” —KIRKUS, starred review

“Powerful…
In Nesbø’s able hands, Harry’s absence is a character unto itself, but this will only make readers more eager to learn Harry’s fate.” —PUBLISHERS WEEKLY 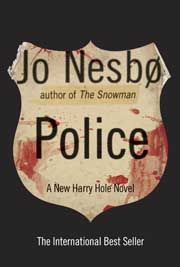