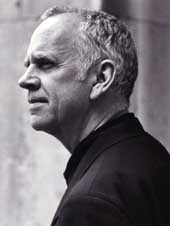 WHO: Mark Holborn and Hilary Roberts

WHAT: THE GREAT WAR:
A Photographic Narrative

WHY: “A stunning collection of images from all fronts, all points of view, during the war to end all wars.
“Holborn and Roberts have assembled and precisely identified some 500 pages of images that will evoke every emotion of which a human is capable. They have written brief introductory and concluding essays—and even briefer introductions to each of the five major divisions—as well as multidimensional chronologies. But mostly, the images, arranged chronologically, speak eloquently for themselves.
“We see soldiers marching off to battle, enduring in trenches, lying wounded or dead, standing behind barbed wire in prison camps. We see them firing weapons, flying aircraft, riding horses, driving the first primitive tanks, sharing cigarettes and coffee, sleeping, wearing gas masks. We also see some photos from the homefront: laborers in a munitions factory, refugees on the road, a French child weeping in front of a damaged piano in the street. Most people we see are Everyman and Everywoman, but there are some arresting images of T.E. Lawrence, Kaiser Wilhelm and Baron von Richthofen (the Red Baron), among other notables. (Some of Lawrence’s own photographs are included.) The editors provide images of ships at sea—including submarines—of airplanes on the ground and aloft, of a zeppelin floating only feet above the ground. But what most depresses as the images amass their enormous cumulative power is the destruction—of life (9 million dead), of health (countless wounded), of property (a Madonna nearly knocked from the roof of a church) and of the natural world (forests fractured)—and some surprising beauty: artillery shells in flight by night.
“Beauty and horror contend for dominance on nearly every powerful page.
—KIRKUS, starred review

“A major addition to world-history collections.
A visual chronicle of WWI, to mark the 2014 centenary of the war’s outbreak. This large-size volume, as heavy in actual weight as it is in importance, brings graphic, intimate images of the war, which was indeed worldwide and horrific, face-to-face with viewers for whom WWI is ancient 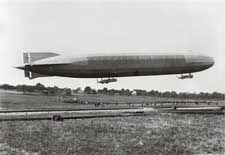 history. The war was fought on land and on the sea, in trenches and in the air, and the art of photography had advanced in sophistication and become universal enough in usage that all aspects of the war were captured for perpetuity, from enthusiastic troop mobilizations in 1914 to equally enthusiastic armistice

celebrations in 1918. Chapter arrangement is by year, with introductions to each chapter, though brief, setting the military and political contexts of the photos to come.”
—Brad Hooper, in a starred review for BOOKLIST

Media Resources:
About the book | Download the jacket or the author photo