Media Center: ‘Field Guide to Am. Houses’ by Virginia McAlester 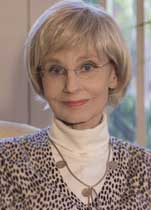 WHAT: A FIELD GUIDE TO AMERICAN HOUSES

WHERE: America, from coast to coast

WHY: The definitive guide to identifying and understanding America’s domestic architecture.

“An outstanding volume…both scholars and average readers will find much to enjoy.
This volume covers more than 50 styles of American residential architecture, from early settlement homes of the seventeenth century to the modern ‘Millennium Mansions’ of the present day.
“Expanded and completely revised from the 1984 edition, this edition includes American house design from the last three decades and adds more than 600 new photographs and illustrations. The introductory section, ‘Looking at American Homes,’ is broken down into distinct narratives. ‘Style: The Fashions of American Houses’ distills the majority of houses into one of four principal architectural traditions; ‘Form: The Shapes of American Houses” features copious line drawings that show ground plans and proportions; ‘Structure: The Anatomy of American Houses” details the walls, roofs, and structural elements of a house; and ‘Neighborhoods: The Groupings of American Houses’ highlights the different types of neighborhoods, including a discussion of plans, density, streets and sidewalks, and development influences.
“Each section that follows covers a specific style (e.g., ‘Dutch Colonial,’ ‘Italianate,’ ‘Queen Anne,’ ‘Tudor,’ ‘Mission,’ ‘Prairie,’ ‘Ranch’), with notes on identifying features, principal subtypes, variants and details, and geographic occurrence. Numerous black-and-white photographs illustrate the wide variety of houses found within each style, and line drawings express both fine and broad details. The appendix ‘Approaches to Construction in the 20th and 21st Centuries’ discusses prefabricated structures and ‘green’ construction.
“Copious notes and a bibliography for further reference round out the work. Highly recommended for most public and academic libraries—and the price point may allow for a circulating copies.” —Rebecca Vnuk, in a starred review for BOOKLIST

A Q&A with Virginia McAlester

What inspired you to create the original Field Guide to American Houses?
I wrote it because in the 1970s I was trying to save my own neighborhood (Swiss Avenue in Dallas) as a historic district. The first thing we were asked for was a historic survey, which required identifying architectural styles. I assumed there would be a book like the field guides to birds, but there wasn’t. All I could find were books about great landmark houses such as those in Newport, RI or New York City’s Upper East Side.

Those were the early days of historic preservation—older neighborhoods throughout the United States needed to be surveyed as a part of their application to be listed on the National Register—so there was a real need for a classification system.

This book was my attempt to fill that need. I feel incredibly lucky that the book was quickly accepted and is so widely utilized.

Why did you decide to update the original guide?
We only covered up until 1940 in the original. It was always the intent to update the book to include the Mid-century Modern and Ranch style houses as they became eligible for National Register Listing, which is now happening. After realizing that approximately eighty percent of American houses had been built since 1940, it seemed very important to bring the book right up to the present.

What were the most significant changes you made to this new edition?
I added a section on neighborhoods—how and why certain kinds of houses are grouped together— something that’s always interested me. The revision covers the styles that have emerged in the thirty years since the previous edition (like Millennium Mansions and 21st Century Modern). There are also over 500 new photographs and line drawings throughout the new edition.

How should the guide best be used?
Each chapter treats one of the major architectural styles that has been popular during our country’s history. These are arranged roughly chronologically, with the earliest styles first. Confronted with an unfamiliar house to be identified, the reader may approach the problem three different ways, as is explained in the brief introductory section How to Use This Book:

•The simplest is to thumb through the many pages of house photographs, looking for examples similar to the house one wants to identify. Here one should pay particular attention to large-scale features such as roof form (gabled or hipped, low or steeply pitched?) and façade balance (symmetrical or asymmetrical?). When a similar photograph is located, the unknown example should be compared in smaller-scale features of architectural detailing: windows, doors, roof-wall junctions, porches, etc. The additional photographs and drawings provided in each chapter will aid in this process, which can be repeated until a final identification is made.

•A second and more systematic approach is to use the Pictorial Key that starts on page xiii. This illustrates a variety of different types of such common architectural features as windows, doors, and roofing materials, with a listing of the styles in which each type commonly occurs. Using the key, the reader will find that a house with a red rounded tile roof, for example, will most likely be found in either the Spanish Revival, Spanish Styled Ranch, Millennium Mansion or New Traditional Mediterranean.

•The third approach is to become familiar with the relatively few historical precedents on which American houses are based. These are reviewed in the introductory chapters of Style. With this background one can learn to quickly determine if a house is of Ancient Classical, Medieval, Renaissance Classical, Hispanic or Modern inspiration. With a bit of further practice it becomes easy to distinguish between the half-dozen or so principal American styles that have been based on each of these traditions. With this knowledge, style identification can become almost automatic. The book then becomes a useful backup reference for identifying stylistic subtypes and subtleties.

What do you think accounts for the ongoing popularity of this guide?
Houses are by far the most beloved building type—and also the most common one. People like to know what they are seeing and with this one book, A Field Guide to American Houses, it is possible to identify about three-fourths of the structures one drives, walks, bikes or jogs past each day. No longer does one turn a corner and see just another block of houses. Instead, with this guide, each block and each house comes alive and often tells a story. Many house lovers keep a guide in the car with them, as well as one at home. This is similar to the millions of people who identify themselves as birdwatchers and keep their trusty bird guide with them at all times.

You are very involved in historical preservation. What does a guide like this do for the cause?
Educated preservationists are an essential part of a successful historic preservation program. It is not possible to save everything, so it is very important to determine what is most worthy of preservation. And once houses have been “saved” by a historic designation, it is equally important to know what changes can be made to them without destroying the essential character of the house. The Field Guide helps preservationists put historic houses into context.

Do you find there are certain styles of homes that are disappearing?
Historic homes are disappearing from the American landscape pretty much on a daily basis. It seems to be governed less by their style, than by their size and location. Small houses that are built on large lots in very desirable locations are particularly endangered. They are frequently bought for “lot value” and no thought is even given to the possibility of restoring and enlarging them. Another group of endangered older houses are large homes that have not had their interiors upgraded and doing so would far exceed the cost of building a new house.

For some people, the idea of owning a historic home might seem a bit daunting. Do you have advice for anyone thinking of taking the plunge?
The character of a historic home and all that goes with it can be a pure delight. A historic house is often part of a neighborhood that is filled with homeowners who enjoy common ideals and pursuits—many of the things we associate with the “good old days.” These can vary from house to house and from neighborhood to neighborhood. Houses in Streetcar Suburbs often feature front porches. Neighbors sit on their front porch after work and wave at friends taking evening strolls along the sidewalks. Early Post- WW II Suburbs offer a 50s lifestyle where backyard cookouts and get-togethers with the neighbors are commonplace. Groupings of Queen Anne houses appeal to those who like to tend to houses with elaborate details. A wonderfully restored historic property offers everything one could wish in a home.

However, like everything else in life, there is a full spectrum of how one goes about owning a historic home. Is the house beautifully restored in a well-established historic district? If so it should be no more daunting that owning any home. Alternately, is there a lot of work to do on a house in a neighborhood that looks like it might be on the upswing? If so, you would want to get to know some of the neighbors to be certain that they have a common dedication to restoring the neighborhood. Some of the most fun I have ever had was living in a neighborhood where everyone was dedicated to house restoration and reclaiming the neighborhood. Talk about shared interests!

I have had the opportunity to live in houses built in different periods and in different stages of restoration, as well as living in a new Contemporary Style. I can safely say if you derive little sense of satisfaction in painting a room, repairing a window or getting bids for the best company to level the foundation, then restoration of your own historic property is probably not for you. But this can still mean that buying an already restored house, or hiring a general contractor skilled in historic preservation can work well for you. My advice here is to find contractors that are both experienced in restoration and highly recommended.

People living in historic homes and historic districts have put a great deal of time and energy into being there and they will happily share their experiences with you (perhaps more than you wanted to know!). Be sure to take the time to talk with some of them before “taking the plunge.” 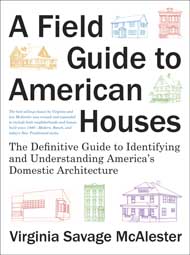