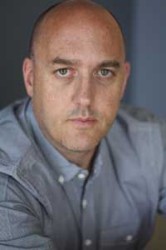 WHAT: LEAVING THE SEA: Stories

WHY: “Brilliant, unsettling stories of strange worlds and estranged men.
“Too often, the label ‘speculative fiction’ catches a bad rap, conjuring dragons, wizards, and warlocks. But Marcus, author most recently of the engrossing, apocalyptic novel, The Flame Alphabet, articulates every grade of the uncanny, with masterful attention to the twisted vortices of language.
“This new collection includes brilliant, unsettling stories of strange worlds and estranged men, frequently tempered by inexplicable illness. In ‘Rollingwood,’ a corporate manager is left stranded when the mother of his asthmatic son disappears, forcing him to deal with his delicate, reddening child. In ‘The Dark Arts,’ an American ‘medical tourist’ travels to Europe for stem cell therapy to treat a mysterious, autoimmune ‘allergy to himself,’ only to be abandoned by his girlfriend.
“Unmatched in his imagining of the human form, Marcus transforms the body into an object with holes bored into it, a transparent burlap sack, and a figure sketched in light. But it’s not all macabre corporeality. A story of a wayward creative writing professor who conducts a cruise ship workshop is a downright hilarious and ingenious work of wry metafiction. Recommended especially for fans of speculative fiction that stays grounded in emotional honesty, like that of Donald Barthelme, Blake Butler, and Curtis White.” —Diego Baez, in a starred review for BOOKLIST 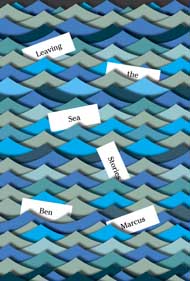