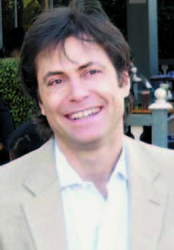 WHAT: OUR MATHEMATICAL UNIVERSE:
My Quest for the Ultimate Nature of Reality

WHY: “An exhilarating adventure.
“Nobel-laureate physicist Eugene Wigner regarded the power of mathematics to explain the cosmos as a baffling mystery. Tegmark offers a resolution of that mystery, arguing that mathematics describes the universe so well because the universe ultimately is mathematics.
“The rare intellectual daring in this claim emerges as Tegmark teases out its stunning implications not only for the visible universe but also for countless, unseen, parallel universes (on four levels!) in which all conceivable possibilities become realities. Aware of the skeptics, Tegmark demonstrates that his theorizing harmonizes with concepts now central to cosmology, particularly the astrophysical formulas for the post–Big Bang inflation that gave space its geometry. Tegmark’s mathematical paradigm also accounts for the strange fine-tuning of the universe’s fundamental constants and dispels the paradoxes surrounding quantum measurement.
“Lively and lucid, the narrative invites general readers into debates over computer models for brain function, over scientific explanations of consciousness, and over prospects for finding advanced life in other galaxies. Though he reflects soberly on the perils of nuclear war and of hostile artificial intelligence, Tegmark concludes with a bracingly upbeat call for scientifically minded activists who recognize a rare opportunity to make our special planet a force for cosmic progress.”
—Bryce Christensen, in a starred review for BOOKLIST 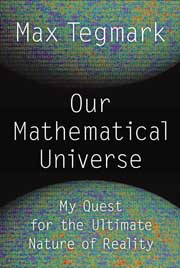 “A fascinating exploration.
“Tegmark takes readers on an illuminating trip through cutting edge cosmology…Lucid, enthusiastic, and outright entertaining, a thoroughly accessible discussion leavened with anecdotes and the pure joy of a scientist at work.”
—PUBLISHERS WEEKLY, a starred review