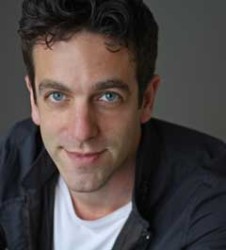 WHAT: ONE MORE THING:
Stories and Other Stories

WHY: “High-concept, hilarious, and disarmingly commiserative.
“Novak’s fiction debut stems from his stand-up performances and his Emmy Award–winning work on the comedy series, The Office, as writer, actor, director, and executive producer. Accordingly, his more concise stories come across as brainy comedy bits, while his sustained tales covertly encompass deep emotional and psychological dimensions. An adept zeitgeist miner, Novak excels at topsy-turvy improvisations on a dizzying array of subjects, from Aesop’s fables to tabloid Elvis to our oracular enthrallment to the stock market.
“A master of cringe, Novak imagines a blind date with a warlord, a Comedy Central TV roast of Nelson Mandela, and a mortifying misunderstanding between mega-best-selling novelist John Grisham and his new editor. Writing with zing and humor in the spirit of Woody Allen and Steve Martin, Novak also ventures into the realm of George Saunders and David Foster Wallace. A boy wins a breakfast-cereal contest and discovers a shocking family secret. A sex robot falls in love. A man reveals the heartbreak behind the universally dreaded math problem about the two trains leaving the stations at different times.
“Baseline clever and fresh, at best spectacularly perceptive, and always commanding, Novak’s ingeniously ambushing stories of longing, fear, pretension, and confusion reveal the quintessential absurdities and transcendent beauty of our catchas-catch-can lives.” —Donna Seaman, in a starred review for BOOKLIST 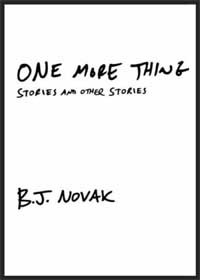 From the first story: In the aftermath of an athletic humiliation on an unprecedented scale — a loss to a tortoise in a footrace so staggering that, his tormentors teased, it would not only live on in the record books, but would transcend sport itself, and be taught to children around the world in textbooks and bedtime stories for centuries; that hundreds of years from how, children who had never heard of a “tortoise” would learn that it was basically a fancy type of turtle from hearing about this very race — the hare retreated, understandably, into a substantial period of depression and self-doubt.

Media Resources:
About the book | About the author | Download the jacket or the author photo | Listen to the AudioBook | Watch the book trailer