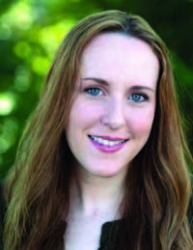 WHAT: LONG MAN, a novel

WHERE: Set in a small town in Tennessee.

WHY: “Like a classical myth or a painting by Thomas Hart Benton, Greene’s novel transforms a period of cataclysmic history into a gorgeous, tragic tale filled with heroes and heroines.
Her enormous talent animates the voices and landscape of East Tennessee so vividly, and creates such exquisite tension, that the reader is left as exhausted and devastated as the characters in this unforgettable story.” —PUBLISHERS WEEKLY, in a starred review

“Greene’s second novel revisits blue-collar Appalachia with the same haunting lyricism she brought to her magnificent first novel, Bloodroot.
“In the summer of 1936, the Tennessee Valley Authority has determined to dam the river Long Man and flood the town of Yuneetah in eastern Tennessee in the name of progress. Just one day remains before the town will be flooded, and most of the citizens have been evacuated. But there are a handful of people who refuse to leave the land that has been in their families for generations. Among them is Annie Clyde Dodson, who longs for her three-year-old daughter, Gracie, to grow up on her beautiful mountaintop farm.
“As a storm starts to rage, Gracie goes missing, and the sheriff, as well as Annie’s few remaining neighbors, must cover miles of wild country in search of the toddler. In addition, the mysterious Amos, an orphan who grew up in Yuneetah, has returned for one final act of vengeance.
“Greene, with searing eloquence, seems to channel the frustrations of generations of rural poor in this stark indictment of a soulless government hell-bent on destroying a long-standing community. Her stunning insight into a proud and insular people is voiced with cold clarity and burning anger.”
—Joanne Wilkinson, in a starred review for BOOKLIST 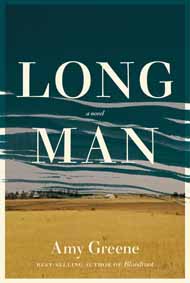 From the beginning of the book: In the summer of 1936 there was one woman left on the mountaintop where the river’s headwaters formed in rocks ages old and shining with mica, the sediment washing down to tinge its shoals yellow-brown. Most others with her last name had died or moved on decades ago. Though darkness came to her high place first she could climb to this limestone ridge overlooking the cornfields and see daytime lingering in the valley town below.