Media Center: ‘Falling Out of Time’ by David Grossman 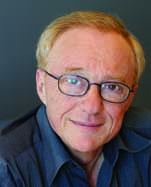 WHAT: FALLING OUT OF TIME, a novel

WHERE: Set in a small village in Israel.

WHY: “A searing narrative…an unforgettable
and magnificent document of suffering.”
—PUBLISHERS WEEKLY, a starred review

“A potent fusion of poetry, fiction, and drama
that sweeps readers into very deep waters.
“With a strange and wonderful tale, Grossman challenges the boundaries separating life from death, sanity from madness.
“Announcing ‘I have to go,’ a grief-stricken Israeli villager takes leave of his bewildered wife, embarking on a journey to there—an impossibly undefined place where he hopes to find, to speak with his dead son. As he sets out walking, in ever-widening circles around his village, the Walking Man becomes a Pied Piper of Bereavement, drawing behind him the Midwife, the Net-Mender, the Elderly Math Teacher, the Duke—all staggering under loads of sadness due to the loss of a loved one. Even the Town Chronicler—who narrates the bizarre quest—joins his distraught wife in the company following the Walking Man into a dreamscape where the deepest fears stirred by death collide with the most passionate hopes for life.
“Together these grim marchers unfold a dark colloquy—by turns heartrending and comforting—on what it means to love the departed, what it means to accept—or defy—death. Intensifying the pathos, deepening the soul-searching, husbands and wives repeatedly struggle to preserve their union despite sharply contrasting ways of dealing with their shared loss.” —Bryce Christensen, in a starred review for BOOKLIST

“Grossman’s lyrical approach to the silent suffering of mourning is both a literary study in processing grief and a reminder that healing often comes through the action of putting into words the pain we thought was unspeakable.” —Joshua Finnell, LIBRARY JOURNAL

“Rich, lyrical, philosophically dense—not an easy work to take in but one that repays every effort.” —KIRKUS REVIEWS

Translated from the Hebrew by Jessica Cohen

From the beginning of the book: As they sit eating dinner, the man’s face suddenly turns. He thrusts his plate away. Knives and forks clang. He stands up and seems not to know where he is. The woman recoils in her chair. His gaze hovers around her without taking hold, and she—wounded already by disaster—senses immediately: it’s here again, touching me, its cold fingers on my lips. But what happened? she whispers with her eyes. Bewildered, the man looks at her and speaks: I have to go.