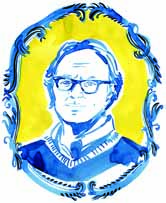 WHAT: CHASING THE ROSE:
An Adventure in the Venetian Countryside

WHERE: Set in Italy, France, and China

WHY: “A unique exploration of how human history often leaves its imprint in the most unexpected of places.” —KIRKUS REVIEWS

“A treat for rose aficionados and historians
as well as acquisitive gardeners of every variety.
“Shakespeare’s ‘a rose by any other name’ takes on exacting and personal new meaning when attempts to identify an old rose that has a deep and profound family history. Informed by the research done for Lucia, his biography of his great-great-great-great grandmother, Lucia Mocenigo, di Robilant’s search for the botanical genealogy of a wild rose found on his ancestors’ former estate in the Italian countryside ultimately took him from the illustrious gardens once belonging to Josephine Bonaparte to the inaccessible wilds of China’s vast interior.
“Nowhere, however, would he be closer to his family’s elusive, raspberry-scented, pale pink rose than in the company of Italy’s reigning rose queen, Eleonora Garlant. As di Robilant describes his labyrinthine and frequently exasperating quest to determine the rose’s roots and gain official recognition by registering its name, he charmingly uncovers the history of many of the rose kingdom’s venerable stars.”
—Carol Haggas, BOOKLIST

“History and anecdote abound in this entertaining journey.”
—PUBLISHERS WEEKLY 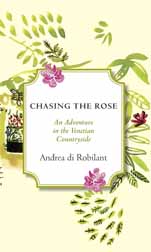 A Q&A with the Author

How did you come to write about a mysterious rose given to your glamorous ancestor by Empress Josephine 200 years ago?

Well, I didn’t really know that was where it came from when I started out. In the beginning it was just a lovely scented pink rose that grew wild in the woods on land on the Venetian mainland that had once belonged to my family. This mysterious rose had attracted the curiosity of a few local residents, but no one could figure out what it was or where it came from. So that’s what really got me started – well, that and a few chance discoveries.

Would you describe this rose and what makes it so charming and special among roses?

It is a shrub with a lovely silvery pink rose, clearly an old Chinese rose, semi-double, very sturdy and exceptionally fragrant. It smells of raspberries and nectarines. I planted one in my garden. It blooms all year round very profusely and the flowers get prettier and fuller every year. It looks like an Old Blush but the blooms are more beautiful and much more scented.

The book reads as if a detective story, full of labyrinths, stops and starts, false leads, and occasional happy surprises. Did you feel like a detective?

Well, more like a reporter. Which is what I have been all my life. Initially I thought of it as an interesting piece of news. “Mysterious Chinese Rose Grows Wild In Woods of Norhern Italy”. Once my curiosity was piqued I wanted to get to the bottom of the story. But it was never a straight line. Mostly twists and turns that led me to interesting people, charming gardens, unexpected places. And every time I thought I had reached a dead end someone appeared on my path to get me going again.

What, if anything did you know about roses before you began this book? Were you a gardener at all and/or has this experience made you a rose afficionado, at all?

I didn’t know the first thing about roses, and although I have a small garden I never had time to take care of it. I certainly never thought of myself as a gardener. Poking around old roses I often felt like an impostor as I was often with people who knew a great deal about roses. I have grown to love roses and now I know a little bit about them – what I learned in the course of a year. So not much at all, really. And when I am asked to talk to rosarians I still feel like an impostor!

It seems that most of the interesting roses come from China originally and then spread to the West through England and France. Is it a cultural or artistic thing or was it the climate, and is that even accurate to say?

The arrival of Chinese roses in Europe in the eighteenth century caused a revolution in the world of roses. Chinese roses brought remontancy – repeat flowering – and colors never seen before, including red and yellow. So you can imagine the impact these roses had once they were crossed with European species and varieties. There was a big bang effect. A hybridization frenzy took over, especially in nineteenth century France, and the staid old world of roses exploded in many directions.

Although this started for you as a light-hearted quest, you learned a great deal from several of the rose-o-philes you met along the way. Can you talk about the discoveries you enjoyed or some of the fascinating people you met?

I have to say that the biggest thrill was to spend time in the garden of Eleonora Garlant and her husband Valentino. It is a rustic rose garden of great beauty and sophistication. Eleonora is entirely self-taught and had never seen a rose garden or a formal garden before she started planting her roses around her vegetable plots. She has created such a perfect environment for roses that new varieties grow spontaneously in her garden: as many as five or six new roses come to life there every year. I was taken by the notion that her garden was a fountainhead of roses in a world of rapidly diminishing biodiversity.

Your other books, A Venetian Affair, Lucia, and Irresistible North all seem to be about discovering incredible journeys from long ago. What is it that draws you to these subjects? Are you a romantic?

That’s a very direct question! I suppose I have a romantic sensibility within a classical frame of mind. Goethe is my man. Certainly the Goethe of Italian Journey. And I have always been a traveler. And a journalist. So: a roving romantic on a quest. That sums it up.

What’s next for you?

I have several projects I am working on. One is a quirky little book on literary Venice that I hope will be beautifully illustrated. Another one is a more substantial project that tells the story of the making of the first modern book – the portable book as we have known it for five hundred years – by a fantastic publishing house in Venice in the early 1500s. Think Jobs and Wozniak transported back to the Renaissance.