Five Memoirs as Unforgettable as Bootstrapper 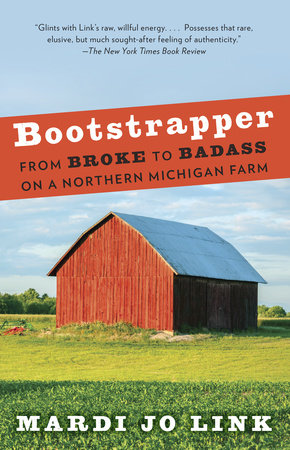 After nineteen years of marriage and three sons, Mardi Jo Link and her husband called it quits. Instead of wallowing in self-pity, Link is determined to stay on her century-old Michigan farm with her children and try to make it all work. Through heartache and money troubles, she picks herself back up and manages to eke out a living. Bootstrapper is the story of one single mother’s sheer determination to keep her family together—and a testament to Link’s perseverance through it all.

One of the best parts of reading a story like Mardi Jo Link’s is how relatable yet inspiring it is. Below are five other memoirs that we love for similar reasons—they’re examples of human resilience that will stay with you long after the last page.

Suffering from the loss of her mother and the dissolution of her marriage, Cheryl Strayed decides to take on an extreme physical challenge: hiking the Pacific Crest Trail—alone. The #1 New York Times bestseller Wild is her account of that journey, and offers an epic story of survival and grit.

The End of Your Life Book Club by Will Schwalbe

Family is at the center of Will Schwalbe’s The End of Your Life Book Club. When his mother is diagnosed with an aggressive form of cancer, mother and son spend countless hours in hospitals and waiting rooms. They start a book club of two to pass the time—and use the power of the written word to work through the unspeakable eventuality that will break them apart.

A Heartbreaking Work of Staggering Genius by Dave Eggers

At once hilarious and heart-felt, A Heartbreaking Work of Staggering Genius is the genre-bending memoir of a college senior who, in the space of five weeks, loses both of his parents and inherits responsibility for his eight-year-old brother. A story about family and tackling the curveballs life throws our way, Eggers’s lucid memoir is sure to tug at your heartstrings.

Carrying on after the death of loved ones may seem unimaginable. Sonali Deraniyagala survived the 2004 tsunami that struck Sri Lanka and took the lives of her parents, husband, and sons. In Wave, she gives a heart-wrenching account of the event and its aftermath. One of The New York Times‘ Ten Best Books of the Year, it is a poignant memoir of loss and survival.

May we also suggest that you enjoy these memoirs with a glass of the signature Bootstrapper lemonade cocktail?