Media Center: ‘Before, During, After’ by Richard Bausch 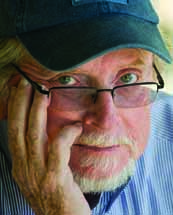 WHAT: BEFORE, DURING, AFTER, a novel

WHERE: The author lives in Orange, California.

WHY: “A luscious, sweeping heartbreak of a novel.
“The premise is simple: two people find each other relatively late in life after having been unsuccessful in love for many years. She is Natasha Barrett, a thirtysomething congressional aide. He is Father Michael Faulks, a divorced Episcopalian priest pushing 50. Both are dissatisfied with their careers. She would love to be an artist; he wants to leave the priesthood.
“After the proverbial whirlwind courtship, they set a wedding date for the fall of 2001. But first, she reluctantly goes on a preplanned vacation to Jamaica, and he attends a friend’s wedding in Manhattan. Then September 11 happens, and they are unable to contact each other. Natasha assumes Michael has been killed. Bereft, she drinks too much and lets down her guard with another vacationer, who viciously rapes her. When Natasha and Michael are finally reunited, Natasha takes advantage of the general post-9/11 malaise to hide her trauma. Michael suspects something is wrong, yet neither can honestly broach the obvious breach in their relationship.
“Sublimely probing what it means to lose trust in one’s self and in those one loves, the masterful Bausch delicately ponders the consequences of devastating loss on both a grand and personal scale.” —Carol Haggas, in a starred review for BOOKLIST

“Bausch excels at capturing the mood of Americans in the days and weeks following 9/11—equal parts camaraderie and suspicion.” —PUBLISHERS WEEKLY 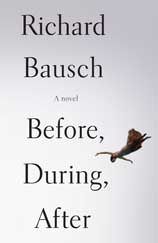