Armchair Adventurer: Escape to the Cayman Islands with The Forever Girl 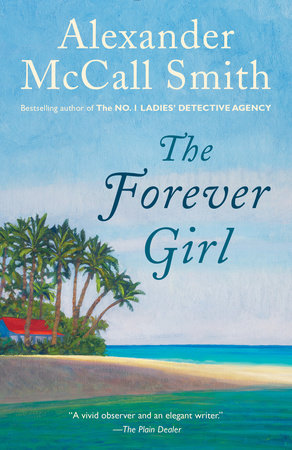 It’s only December, but we’re already counting down the days to the first day of spring! Beat the winter doldrums with a dose of Caribbean sunshine and Alexander McCall Smith’s new story about the vagaries of love, The Forever Girl. Set in the Cayman Islands, this stand-alone novel conjures up images of postcard-perfect beaches and sparkling turquoise water—elements of a dream winter getaway! In this edition of Armchair Adventurer, we plan the ideal vacation by taking you on a tour of some of the Cayman Islands’ most beautiful and unforgettable sights.

The Caymans’ famously pristine coral reefs have long made them a popular tourist attraction and top scuba diving destination. Seven Mile Beach, on the west side of Grand Cayman, the largest of the three Cayman Islands, should be first on your must-see list. Sprawl on the white sand or relax in a shady cabana with a good book (we recommend The Forever Girl, of course), and dip into the azure ocean when you need to cool off. Or go for a dive to explore the reefs teeming with marine life—you’ll spot colorful fish, turtles, eels, and rays. The two smaller islands, Cayman Brac and Little Cayman, offer fewer but more secluded and equally magnificent diving spots. Water enthusiasts will also love Grand Cayman’s Stingray City, where you can swim among friendly Atlantic Southern stingrays. This species of stingrays can grow to be over six feet long, but don’t be alarmed—they won’t charge at you unless unduly provoked.

When you’ve had your fill of underwater fun, towel off and venture into the heart of the island by hiking along the Mastic Trail. The two-hundred-year-old footpath traverses a two-million-year-old natural reserve, a native mangrove swamp, and a dry tropical forest. Feast your eyes on flora and fauna untouched by human hands, and look out for the green- and rose-colored plumage of the Grand Cayman parrot, the islands’ national bird.

Less adventuresome sightseers may prefer the grounds of the Queen Elizabeth II Botanic Park in the North Side district. The Blue Iguana Habitat is one of its most popular attractions, housing an endangered species of iguanas that can only be found on Grand Cayman. Stroll through the Floral Garden and stop by the Heritage Garden, which will take you back to the way Caymanians lived generations ago. Of particular interest is the replica of a wooden cottage from the early twentieth century.

For a taste of local history as well as beautiful sights, visit Pedro St. James Castle on the south coast of Grand Cayman. Originally constructed around 1780 as a great house for plantation owner William Eden, it is the oldest existing stone building on the island, and is currently a museum. The locals call it “The Birthplace of Democracy,” since it’s where the first elected parliament was assembled in 1831. The parks and woodlands surrounding the castle are open for exploration—just don’t forget to climb atop the Great Pedro Bluff and enjoy the spectacular ocean views!

Dining on local seafood at a waterside shack sounds like the perfect way to wind down and wrap up the tour, wouldn’t you say? Drink in the colors of the sunset, and get ready to dive into the world of The Forever Girl, a sweet and touching story about the complex workings of the human heart. Enjoy!