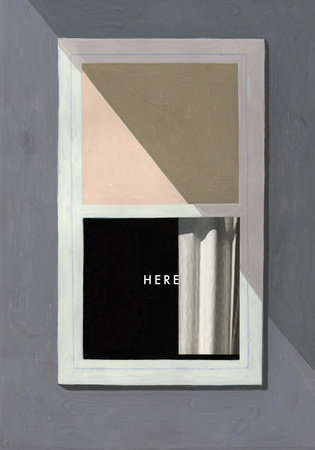 From one of the great comic innovators, the long-awaited fulfillment of a pioneering comic vision. Richard McGuire’s Here is the story of a corner of a room and of the events that have occurred in that space over the course of hundreds of thousands of years.

“McGuire explores a single patch of land [over] the course of millions of years. His masterful sense of time and the power of the mundane makes this feel like the graphic novel equivalent of Terrence Malick’s The Tree of Life.” –Publishers Weekly, starred review

“Getting from here to there can be hard enough. But it has taken Richard McGuire 25 years to do something even more complicated: get form here to here…. promises to leapfrog immediately to the front ranks of the graphic-novel genre.” –The New York Times

A peek inside Here 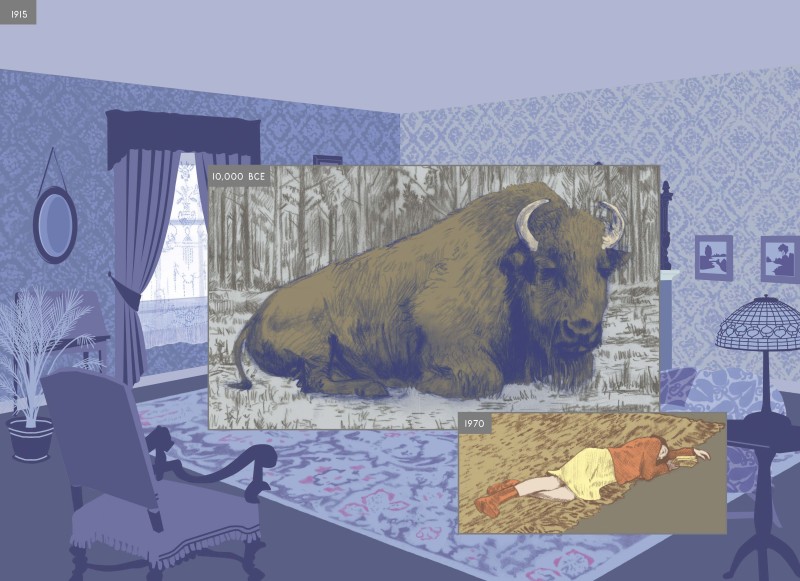 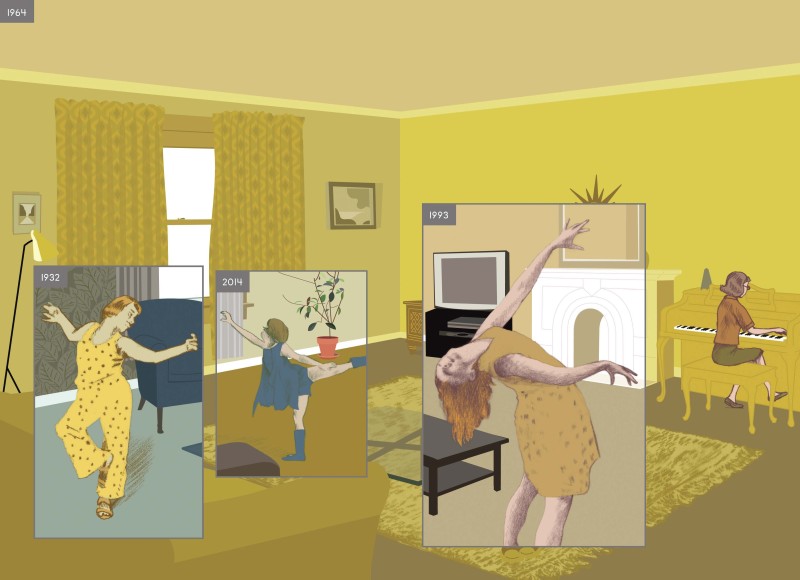 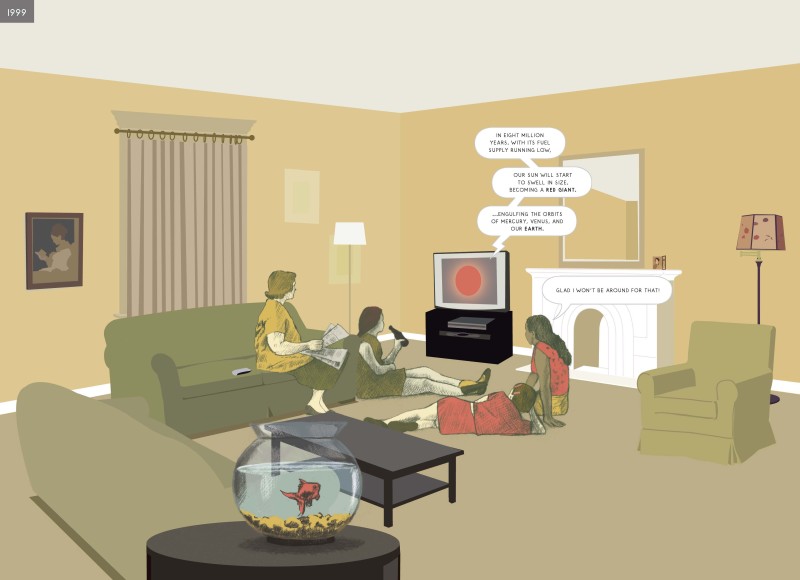