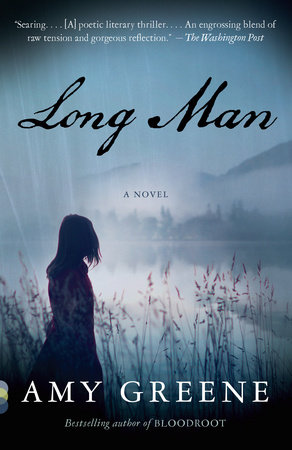 Just a few days before the Long Man River is scheduled to wash a tiny Tennessee village off the map—a project to power and modernize the region—a three-year-old girl disappears without a trace. Amy Greene’s Long Man follows the girl’s family as they face a terrifying ticking clock. Coursing through the novel is the writer’s steadfast love for the region and its people—a love that had made Amy Greene one of the South’s most intriguing breakout authors. Here, her editor, Knopf’s Robin Desser, talks about Greene’s considerable gifts as a storyteller and why her second novel is so special.

Amy Greene’s astonishing Bloodroot  was a national bestseller that captivated readers from coast to coast with its magical blend of romance and dark family secrets. The critics were unanimous in their praise; Jill McCorkle called it “brilliant—a tapestry of voices and lives so rich and intricate that each and every story line holds the reader spellbound.”

Second novels can be tricky after such a standout debut.  But even as Long Man showcases the stunning lyricism, seamless storytelling, and regional authenticity that enthralled Greene’s now ardent fans, it also moves beyond these qualities: it’s a page-turning novel of literary suspense that furthers her reputation as a writer who is deeply connected to the history of her native place and able to bring it to vivid life in her fiction.

Here, Greene reaches back in time—to the harsh years of the Great Depression, its poverty as well as its aspirations—to tell a story about a family in crisis and a town on the brink of change. Long Man follows one stubborn, resilient woman who refuses to leave her land despite the government’s telling her she must, as Greene highlights the price people pay for “progress,” even at the risk of losing time-honored values—an issue being raised just as urgently in our own time.

Gorgeously told, shot through with propulsive energy, Long Man is a very special book that showcases a true literary star on the rise.