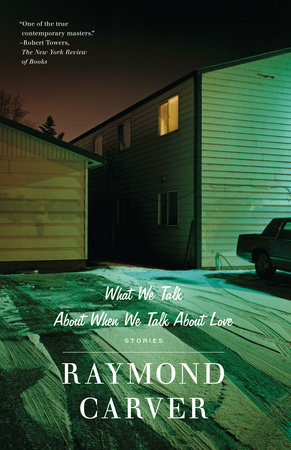 Birdman, the film that dominated this year’s Academy Awards, both features and draws upon Raymond Carver’s short story “What We Talk About When We Talk About Love,” published in the story collection of the same name.

The film revolves around the figure of Riggan Thomson, a washed-up superhero film star—portrayed by Michael Keaton—who sets out to make a comeback on Broadway with his own dramatic adaptation of “What We Talk About When We Talk About Love.” Thomson’s decision to take on such literary material is not accidental. It exemplifies his desire to break out of the superhero genre and become a “serious” artist. But there’s an even more personal reason: Thomson became an actor because of Carver’s encouragement years ago.

Keaton’s character is not alone in his fascination with Carver. Director Alejandro González Iñárritu, also one of the movie’s screenwriters, discovered Carver in his youth and has admired his work ever since. He talked about the influence Carver’s story had on him in a piece for Interview Magazine: “[Carver] died when he was 50 years old, and the only thing he was looking for was to feel loved…. The short story is about people lost and confused and looking for love. So in a way, thematically, the short story and the quest of Riggan Thomson are completely attached.” The hero’s quest for prestige and recognition is ultimately one for love, too.

That Carver has inspired such devotion comes as no surprise. Stephen King calls him “the most influential writer of American short stories in the second half of the 20th century.” He’s also credited with revitalizing the short story form alongside masters such as Alice Munro and Nadine Gordimer, and he wrote about the struggles and dreams of ordinary people with inspiring humanity and psychological depth. The success of Birdman is just one example of how relevant his work continues to be.