Media Center: ‘Notes from a Dead House’ Newly Translated by Pevear and Volokhonsky 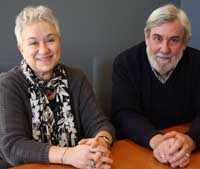 WHAT: A new translation of Fyodor Dostoevsky’s NOTES FROM A DEAD HOUSE

WHERE: The story is set in Siberia

WHY:
“One of literature’s definitive prison memoirs is given new immediacy.
“Much of Dostoyevsky’s work is yellowed with age, and its mustiness isn’t entirely the fault of earlier translators; as well, he has the gloomy and moralizing air of the proselyte, especially one who’s seen the worst side of human nature, all of which makes him sometimes disagreeable to read. This piece from his middle period, first published in 1861, is an exception.
“It’s a thinly veiled roman à clef: The ‘dead house’ in question is the walled prison within the greater prison that is the Siberian wild to which Dostoyevsky was remanded in 1849 after having run afoul of the czarist regime. ‘In prison they generally took a dark and unfavorable view of former noblemen,’ he writes.
“Alexander Petrovich Goryanchikov, the nobleman in question, returns the favor; imprisoned for killing his wife, he is full of class prejudices and certain that he deserves better company, but in time, he sheds his disdain, having discovered that ‘in prison there was time enough to learn patience.’ Prison occasions its own society, a microcosm in which nobles become servants and another nobility emerges, one that values people such as the inmate who ‘was self-taught in everything: one glance and he did it.’
“Indeed, Goryanchikov tells us, all the old categories and classifications fall victim to the reality of prison, where a man who’s killed six people can be less frightening than one who’s killed just one. ‘There were crimes of which it was hard to form even the most elementary notion: there was so much strangeness in the way they were committed.’ Lacking the penitential heavy-handedness of Dostoyevsky’s later work, Notes humanizes the forgotten denizens of the first Gulag, decrying a system of punishment that does not always fit the crime.
“A classic made current and a welcome addition to the library of Russian literature in translation.” —KIRKUS REVIEWS

Translated from the Russian by Richard Pevear and Larissa Volokhonsky. 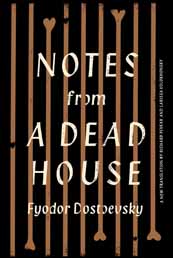 From the Foreword of the book:
Late in the night of April 22-23, 1849, the young Fyodor Dostoevsky was awakened in his apartment in Petersburg and informed that he was under arrest for his participation in a secret utopian socialist society. The other members of the society, including its founder, Mikhail Petrashevsky, a follower of the French socialist thinker Charles Fourier, were arrested at the same time. The emperor Nicholas I had been alarmed by the series of revolutions that broke out in Europe in 1848, the year of the Communist Manifesto, and had decided to move against the radical intellectuals. The “Petrashevists” were confined in the Peter and Paul Fortress in Petersburg for eight months while the investigation was carried out. In the end, the judicial commission recommended death by firing squad, but the military court commuted the sentence to eight years at hard labor in Siberia.