Going Clear Is the Basis for the New HBO Documentary 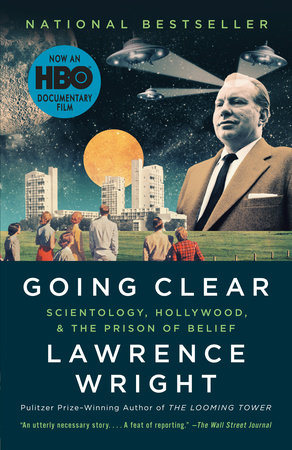 Pulitzer Prize–winning author Lawrence Wright conducted over 200 interviews with current and former members of the Church of Scientology for his searing 2013 exposé, Going Clear, “a feat of reporting” according to The Wall Street Journal. The book is now the basis for a HBO documentary by Academy Award® winner Alex Gibney, which airs on March 29 at 8 p.m. EDT.

Gibney’s Going Clear: Scientology and the Prison of Belief presents an intimate portrait of founder L. Ron Hubbard; chronicles the rise to power of current leader David Miscavige; and features interviews with eight former Scientology members, who share shocking information about the inner workings of the church. The film has drawn the ire of the Scientology establishment and praise from the critics—The Hollywood Reporter calls it “a brave, timely intervention”—and it was perhaps the most anticipated documentary at this year’s Sundance Film Festival.

Watch the official trailer below for a sneak peek, and don’t miss the CBS This Morning interview with Alex Gibney and Lawrence Wright for an inside look at how the film was created.