Media Center: ‘On the Move’ by Oliver Sacks 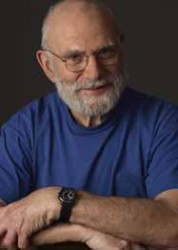 WHAT: ON THE MOVE: A Life

WHY: “Anyone pleased by any of Sacks’ string of best-selling collections of case histories will be enthralled with his own story.
“Sacks characterizes himself primarily as a storyteller, the son of storytellers—mother and father both—rather than as a physician, the other identity he shares with both parents. He’s melded those roles in a string of best-selling collections of case histories from his practice as a clinical neurologist.
“Anyone pleased by any of them will be enthralled with his own story, which he fills out with not just the personal reasons, such as making fascinating friends, but also the scientific ones, such as contributing to new conceptions of brain function, that make what he tells us worth telling. He also, perhaps all unawares, reveals himself as a restless achiever and a bit of a daredevil.
“If avidly reading historic medical literature from adolescence on seems entirely appropriate to a writing clinician, surely youthful passions for motorcycling and weightlifting (on early-’60s Muscle Beach, yet) are a bit surprising (when injuries quashed those pursuits, Sacks fell back on hard swimming and scuba diving). And if strong late friendships with the stars of brain research seem inevitable, others begun well before he was famous, such as with the poets W. H. Auden and Thom Gunn, attest the estheticism in him that is the mainspring of his 2007 best-seller, Musicophilia.”
—Ray Olson, in a starred review for BOOKLIST 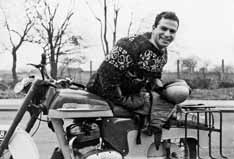 “The celebrated bard of the brain’s quirks reveals a flamboyant secret life and a multitude of intellectual passions in this rangy, introspective autobiography…Sacks’ writing is lucid, earnest, and straightforward, yet always raptly attuned to subtleties of character and feeling in himself and others; the result…is a fitting retrospective of his lifelong project of making science a deeply humanistic pursuit.” —PUBLISHERS WEEKLY

“An engaging memoir by a consummate storyteller.” —KIRKUS REVIEWS 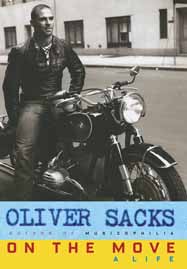