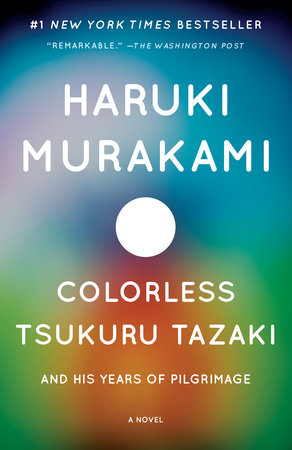 Colorless Tsukuru Tazaki and His Years of Pilgrimage is yet another tour de force from the great Japanese writer Haruki Murakami. It’s the remarkable story of a young man haunted by loss, and, as befits a Murakami novel, there’s a musical piece that runs through it almost like a chorus: Franz Liszt’s “Le mal du pays.” The piano composition is part of a set of three suites called Years of Pilgrimage. The music not only harmonizes with the wistful, meditative tonality of the novel and Tsukuru’s journey into past love, friendship, and heartbreak, but it also adds new and unexpected layers of meaning. Delve deeper into the musical symbolism of the novel with the following passage, in which hearing a piano recording of Liszt’s piece awakens memories of Tsukuru’s youth. Listen along with these video clips of designer and author Peter Mendelsund performing Years of Pilgrimage in its entirety!

From Chapter 4 of Colorless Tsukuru Tazaki and His Years of Pilgrimage:

It was a quiet, sorrowful piece that began with a slow, memora­ble theme played out as single notes, then proceeded into a series of tranquil variations. Tsukuru looked up from the book he was reading and asked Haida what it was.

“ ‘Le mal du pays.’ It’s French. Usually it’s translated as ‘homesickness,’ or ‘melancholy.’ If you put a finer point on it, it’s more like ‘a groundless sadness called forth in a person’s heart by a pastoral landscape.’ It’s a hard expression to trans­late accurately.”

“A girl I know used to play that piece a lot. A classmate of mine in high school.”

“I’ve always liked this piece. It’s not very well known, though,” Haida said. “Was your friend a good pianist?”

“Hard to say. I don’t know much about music. But every time I heard it I thought it was beautiful. How should I put it? It had a calm sadness, but wasn’t sentimental.”

“Then she must have played it well,” Haida said. “The piece seems simple technically, but it’s hard to get the expres­sion right. Play it just as it’s written on the score, and it winds up pretty boring. But go the opposite route and interpret it too intensely, and it sounds cheap. Just the way you use the pedal makes all the difference, and can change the entire character of the piece.”

Visit Murakami’s official website for a full list of musical references in the novel. There you can also find a musical bibliography for each of his works!