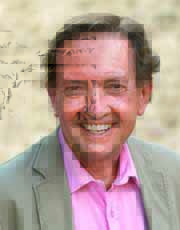 WHAT: THE PATRIARCH,
a Bruno, Chief of Police novel

WHY: “Absolutely amazing.
“The latest in the Bruno, Chief of Police, series is a country-house murder set in an elaborate French château. Walker treats readers to lavishly detailed accounts of meals served in farmhouse, restaurant, and at village fêtes, giving us cookbook-worthy accounts of ingredients, preparation, and wine pairings. Walker also leads us through this region, home of historic caves, the Lascaux cave paintings (with a fascinating detour into the contemporary Lascaux Museum), and wonderfully variegated landscapes (some of which are seen from the back of Bruno’s horse).
“The mystery may seem almost incidental to meals and scenery but is, nonetheless, a corker. Bruno is invited to the ninetieth birthday celebration for his childhood hero, WWII flying ace Marco ‘the Patriarch’ Desaix. In true country-house-murder fashion, one of the guests, Gilbert Clamartin, the Patriarch’s old comrade-in-arms, is found dead after the party. It seems as if he died from alcohol poisoning, but was it mere overindulgence or actual poisoning? Bruno’s investigation leads back to the Patriarch’s and Gilbert’s Cold War–espionage past and through the intricacies of the Patriarch’s family.
“The ending is absolutely amazing.”
—Connie Fletcher, in a starred review for BOOKLIST

“A delicious mystery.
This entry is sure to delight readers who relish a skillful blend of complex international political nuance and pastoral intrigue mixed with a soupçon of fine French wine and cuisine.” —PUBLISHERS WEEKLY 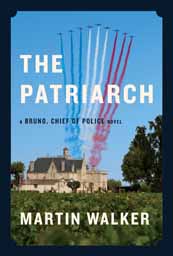