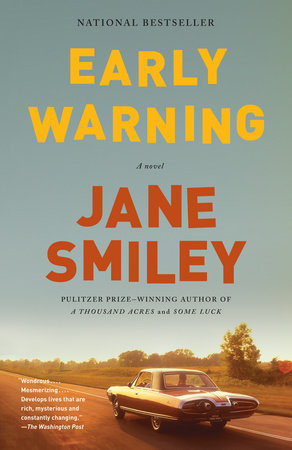 Few writers can portray the intimacy of family life with the sensitivity and ease of Pulitzer Prize–winning author Jane Smiley. The Last Hundred Years Trilogy, a sprawling epic following the quiet lives of the Langdon family, has been called Smiley’s magnum opus. Starting with Some Luck, continuing with Early Warning, and ending with Golden Age, this trilogy is an ambitious and rewarding undertaking for your reading group.

Over the course of a century, the Langdons endure all of the struggles, triumphs, and growing pains of an average family. Through the eyes of these characters, you will experience the changing landscape of America through the 1920s and beyond. From the advent of electricity to the volatile years of the Cold War, to the controversial Iraq war, Walter Langdon and his brood weather times of great uncertainty, hope, and change.

To help you and your reading group get started, we’ve compiled a brief introduction to five of the founding members of the Langdon legacy. And to facilitate rousing discussion we have also included a printable family tree to help you keep track of this expansive clan.

Walter Langdon
As the family patriarch, Walter is both a pragmatist and a worrier. He is determined to make his own way on his own land, despite the inherent risk of doing so while also providing for a young family. He is down to earth and realistic to the extent that even his dreams are prosaic, and yet underneath his gruff exterior he has his own modest ambitions and hopes.

Rosanna Langdon
Rosanna is the ideal farm wife. Smart, self-assured, and resourceful, the family matriarch finds fulfillment in her life as a devoted wife and mother. Rosanna dedicates herself to her children. She advocates for their futures, even when she finds herself mystified by them. It is her gumption and strong will that see her family through the toughest of times.

Frank Langdon
As the first born of the Langdon brood, Frank gets pinned with the family’s hopes and dreams early on. Clever and enterprising, Frank is a troublemaker from the very start. Despite his penchant for misbehaving, it is clear to all that he is not meant to languish on the family farm. He is destined for bigger and better things.

Joe Langdon
Joe could not be more different from Frank. While his brother is ambitious and reckless, Joe is careful and sensitive. He has a gentle soul and struggles with the harsher realities of farm life. Despite his fearful nature, he eventually proves himself to be unexpectedly industrious and takes his whole family by surprise. 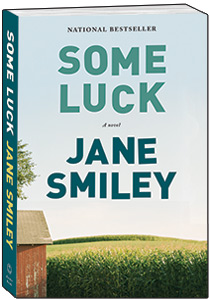 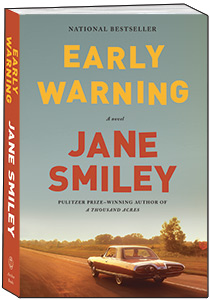 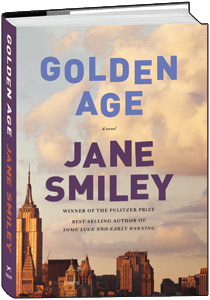