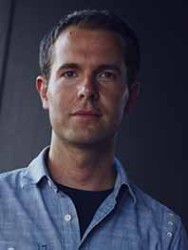 WHAT: HIGH DIVE, a novel

WHERE: The story is set in Brighton, England.

WHY: “A brilliant, urgent, unstoppable novel.
“‘You had to remember you were at war.’ This is what Dan, an IRA volunteer in Belfast, tells himself in March, 1984, not long after his 24th birthday, which was also the day he found out he would be planting a bomb intending to kill Margaret Thatcher and as many members of her cabinet as possible. In September of that same year, an actual slow-release time bomb did explode at the Grand Hotel, in Brighton, England, killing five people but missing the prime minister. That explosion is the real-life event at the heart of this brilliant, urgent, unstoppable novel.
“Having second and even third thoughts about the mission, Dan reckons with himself: ‘The truth was that on an operation you felt clean of guilt and will. It was day-to-day Belfast life that made you dirty.’ Interspersed with Dan’s mounting internal struggles and resolve are the lives of Freya Finch and her father, who’s called Moose, both of whom work at the Grand Hotel and are busy getting ready for the prime minister’s arrival. Freya has just graduated from high school and is restless and uncertain. Her father’s in a similar position, though it’s the middle-aged version, in which he’s grappling with the limitations of his health, his appeal to women, and his ability to understand his newly adult daughter.
“From its breathless first scene, in which the IRA ‘interviews’ Dan at age 18, testing his instincts and intuition, to seeing Freya and Moose navigating the mundane tasks of everyday service work, this is an incredible novel of rare insight, velocity, depth, and daring.” —PUBLISHERS WEEKLY, in a featured boxed review

“This is a real craftsman at work.
Lee’s writing has a marked freshness, his pacing and dialogue are exceptional, and every scene is deftly handled.” —KIRKUS, starred review

“Lee tells a completely absorbing story, finding the humanity in each of his flawed characters.” —Joanne Wilkinson, BOOKLIST 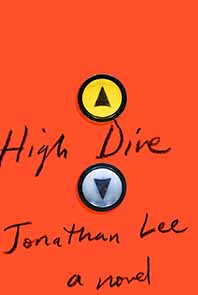