Thrills and Chills: Crafting an Unforgettable Story with Jennifer McMahon 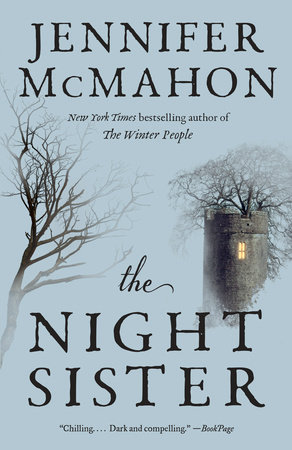 Jennifer McMahon, the bestselling author of The Winter People, is back with The Night Sister, a mesmerizing tale of a motel in rural Vermont with a dark and twisted history, and two pairs of sisters who learn the dangers of keeping secrets. The story traces the chilling search for a murderer, using flashbacks and letters to build the suspense and prompting readers to question each person’s innocence. McMahon never fails to deliver the thrills, so we asked her to share some of her best tips for writing suspense. Not only is this great advice for writers, but it also offers an exclusive look at how she crafts such gripping stories.

1. Start with a bang, not a whimper. Look through the early part of your story, pick the strongest scene and move it to beginning. You need to pull the reader in and hook her right away. She needs to be invested enough to keep turning pages. The scene at the beginning of The Night Sister, of all my novels in fact, is not the first scene I wrote. It came later and I moved it to the beginning because I knew I needed something that would grab readers right away, something scary, something that would show how very much is at stake in the book, and hint at the dark things to come.

2. Make things happen. Seems obvious, right? But it’s the thing I work on the hardest. I came to fiction from poetry. Studying poetry taught me a great deal about language, description, and metaphor, but when I stumbled into writing my first novel, I quickly realized the number one rule: you have to make things happen. And I don’t just mean over the course of the entire story, but in every scene. When I’m done with a first draft, I sum up each scene with a single action statement on an index card: “Rose follows Sylvie to the tower, but Sylvie mysteriously disappears.” Everything that happens should be moving the story forward in some way. If it doesn’t, take it out.

3. Keep them turning pages by filling the pages with mini cliff-hangers. In The Night Sister, I was moving back and forth across three time periods, three separate story lines, so I had to leave each time period with something that would stay with the reader, hook them into needing to know what was going to happen next. Let your character find an important clue, be about to open a door; leave readers with a question that will keep them on the edge of their seats.

4. Know your characters and ask them difficult questions. Fill notebooks with everything you learn about them: what is their happiest memory, their worst fear, the thing they want most in the entire world? When I’m getting to know my characters I pull out my notebook and interview them. I ask the questions and have them answer. One question that I always ask all my characters—a question that often gives me valuable material for my story—is “What’s the one thing you’ve never told anyone?”

5. Lastly, let go of what you think you know. Sometimes you tell yourself you know just where a story is going and what a character is supposed to do next to get you from point A to point B. But then something happens, something remarkable, and your character does something that completely surprises you and takes the story in a whole new direction. Don’t fight it. No story I have ever written has turned out the way I originally envisioned it might, and this is the thing that keeps me going back to my desk every day: This beautiful sense of not quite knowing what my characters might have in store for me.