10 Books Guaranteed to Feed Your Wanderlust 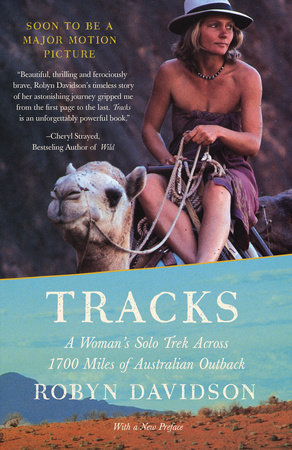 Do you dream of seeing the world? It’s not always possible to hop on a jet and fly off to destinations unknown, so whenever we get bitten by the travel bug we turn to books to satiate our need for adventure. We’ve compiled a list of books that are sure to feed your wanderlust. These titles will carry you on a journey throughout the world, from the Australian Outback to the South of France, from Japan to Sri Lanka. When traveling isn’t an option, what better way to get to know someplace new than through the pages of a captivating book?

Tracks: A Woman’s Solo Trek Across 1700 Miles of Australian Outback
by Robyn Davidson

“Vivid and vivacious…. Davidson is as natural a writer as she is an adventurer.” —The New Yorker

In this memoir, Robyn Davidson recounts her perilous journey across 1,700 miles of hostile Australian desert to the sea with only four camels and a dog for company. Enduring sweltering heat, fending off poisonous snakes and lecherous men, Davidson emerges as an extraordinarily courageous heroine driven by a love of Australia’s landscape, an empathy for its indigenous people, and a willingness to cast away the trappings of her former identity. 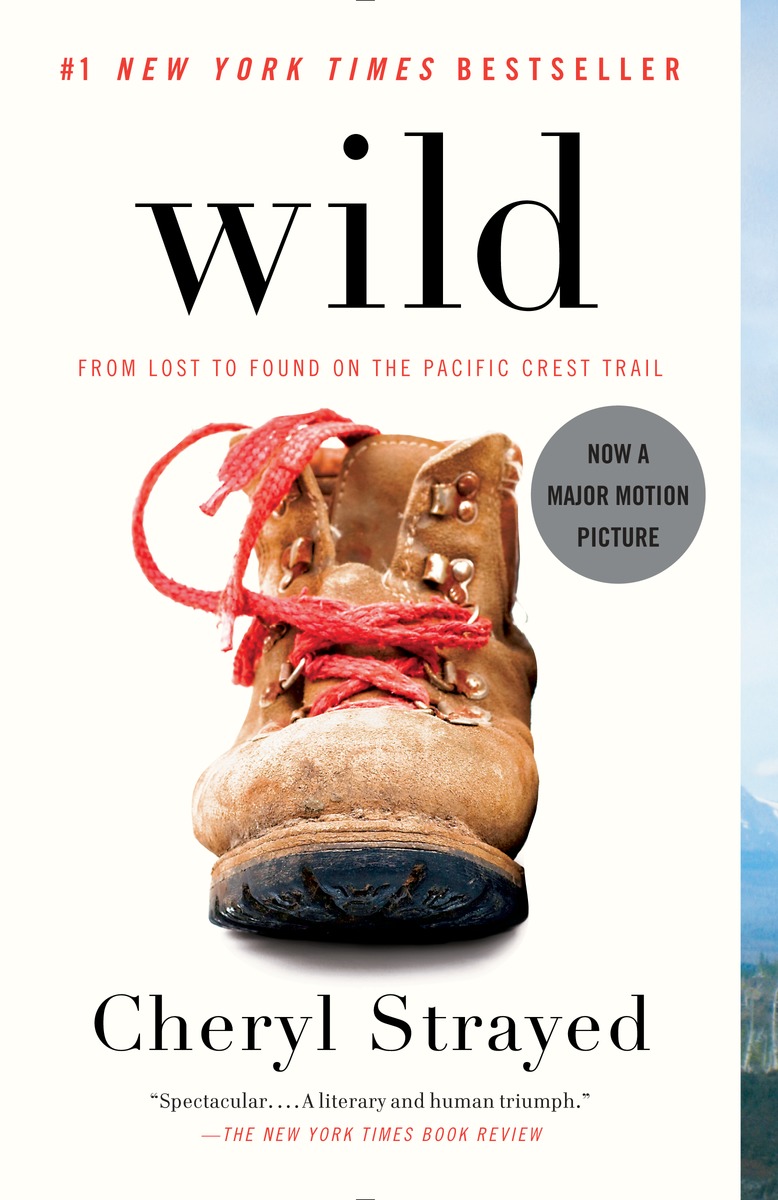 Wild: From Lost to Found on the Pacific Crest Trail
by Cheryl Strayed

At twenty-two, Cheryl Strayed thought she had lost everything. In the wake of her mother’s death, her family scattered and her own marriage was soon destroyed. Four years later, with nothing more to lose, she made the most impulsive decision of her life. With no experience or training, driven only by blind will, she would hike more than a thousand miles of the Pacific Crest Trail from the Mojave Desert through California and Oregon to Washington State—and she would do it alone. 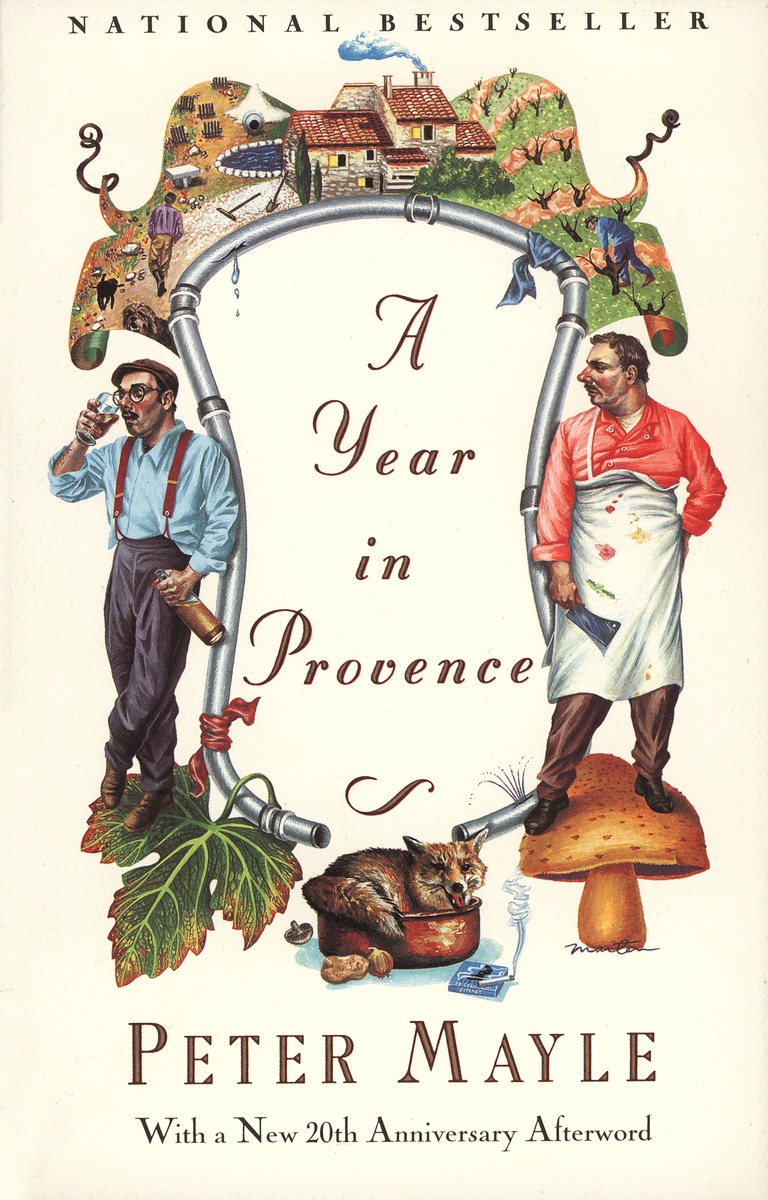 A Year in Provence
by Peter Mayle

In this witty and warm-hearted account, Peter Mayle tells what it is like to realize a long-cherished dream and actually move into a two hundred-year-old stone farmhouse in a remote area of the Lubéron in Provence with his wife and two large dogs. He endures January’s harsh wind as it comes howling down the Rhône Valley, discovers the secrets of goat racing through the middle of town, and delights in the glorious regional cuisine. A Year in Provence transports us into all the earthy pleasures of Provençal life and lets us live vicariously at a tempo governed by seasons, not by days. 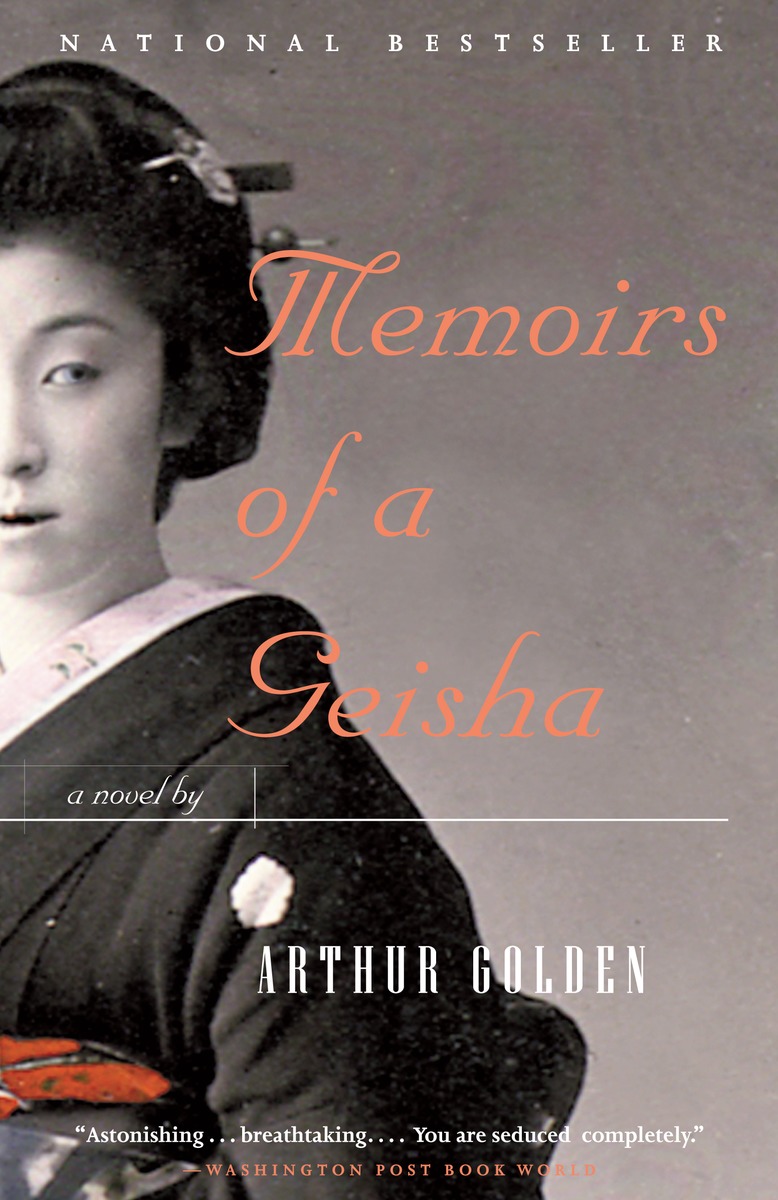 Memoirs of a Geisha
by Arthur Golden

“Astonishing…breathtaking…. You are seduced completely.” —The Washington Post Book World

Read an excerpt | Get the reader’s guide | | Buy the book 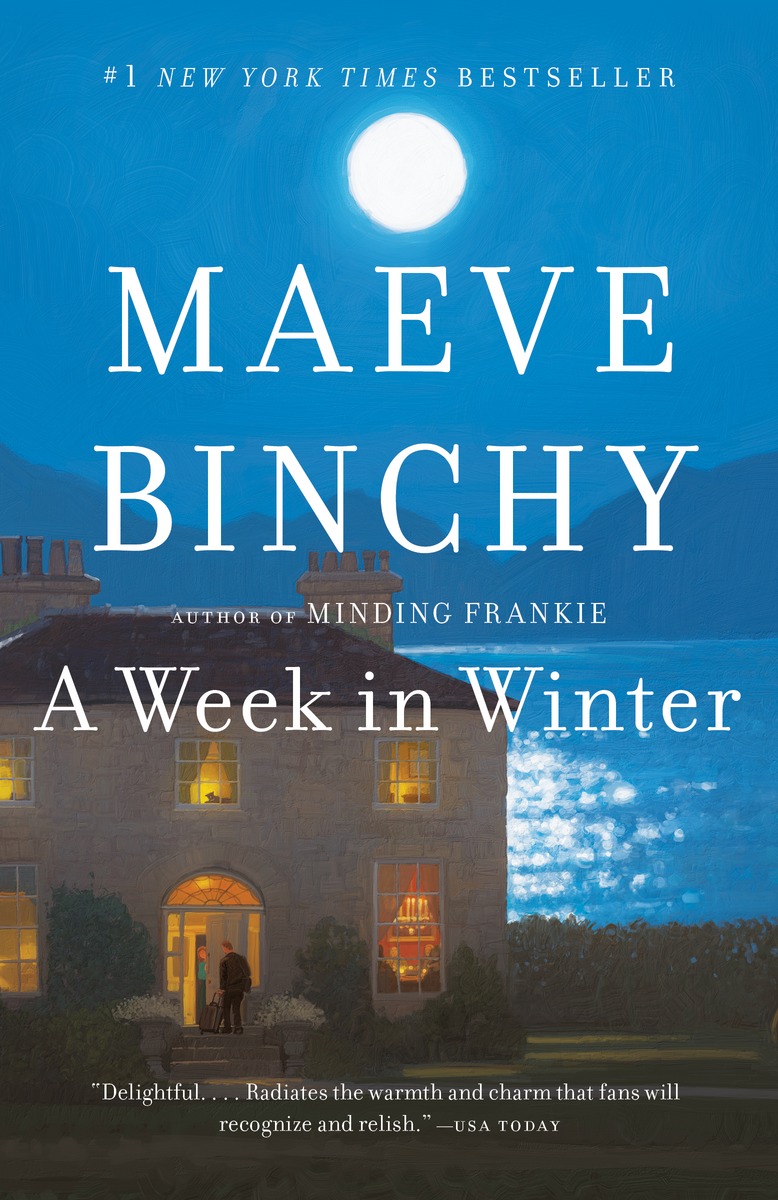 A Week in Winter
by Maeve Binchy

“Delightful…. Radiates the warmth and charm that fans will recognize and relish.” —USA Today

Stoneybridge is a small town on the west coast of Ireland where all the families know each other. When Chicky Starr decides to take an old, decaying mansion set high on the cliffs overlooking the windswept Atlantic Ocean and turn it into a restful place for a holiday by the sea, everyone thinks she is crazy. Laugh and cry with this unlikely group of characters as they share their secrets and—maybe—even see some of their dreams come true. 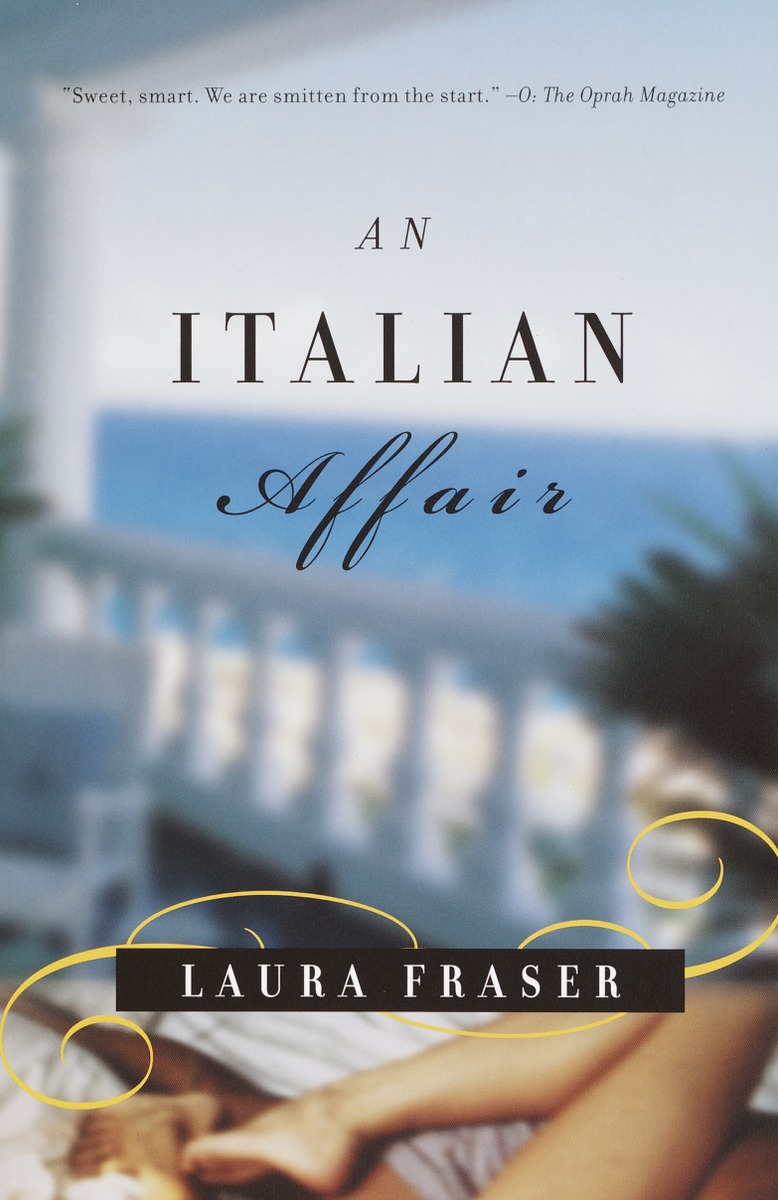 An Italian Affair
by Laura Fraser

“Sweet, smart. We are smitten from the start.” —O, The Oprah Magazine

When Laura Fraser’s husband leaves her for his high school sweetheart, she takes off, on impulse, for Italy, hoping to leave some of her sadness behind. There, on the island of Ischia, she meets M., an aesthetics professor from Paris with an oversized love of life. What they both assume will be a casual vacation tryst turns into a passionate, transatlantic love affair, as they rendezvous in London, Marrakech, Milan, the Aeolian Islands, and San Francisco. Each encounter is a delirious immersion into place (sumptuous food and wine, dazzling scenery, lush gardens, and vibrant streetscapes) and into each other.

Read an excerpt | Get the reader’s guide | | Buy the book 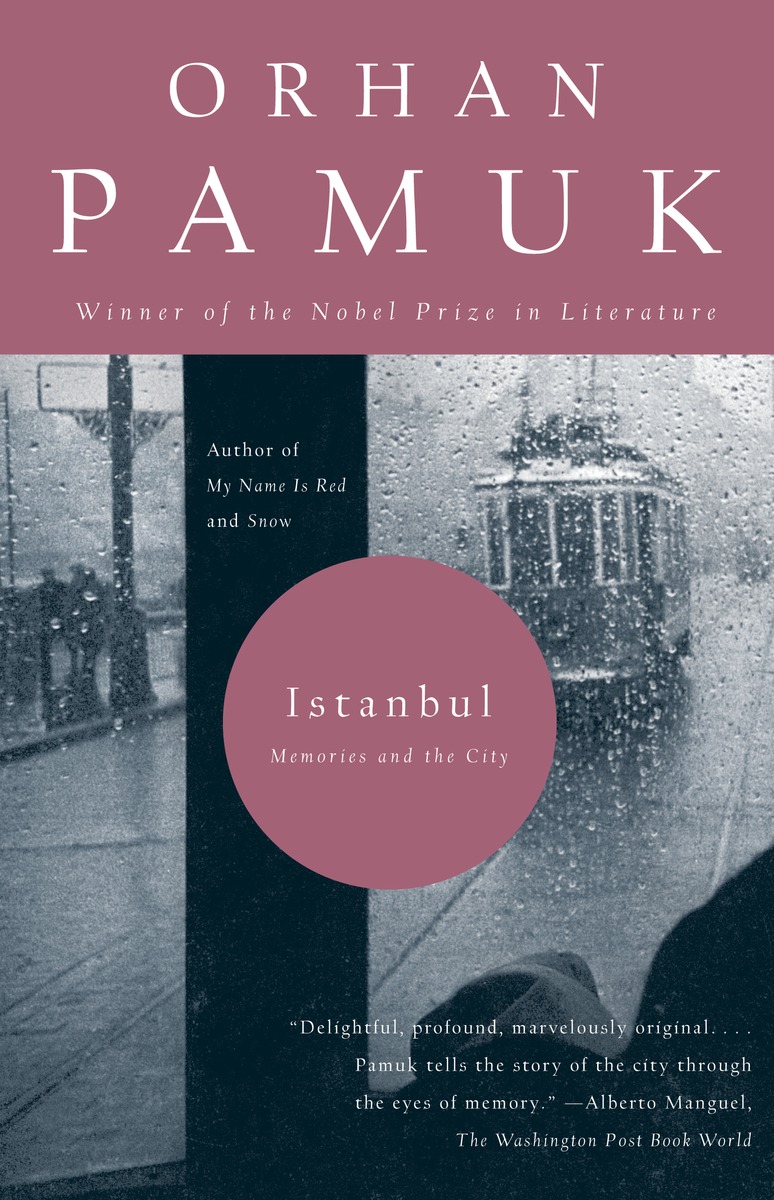 Istanbul: Memories and the City
by Orhan Pamuk

“Delightful, profound, marvelously original…. Pamuk tells the story of the city through the eyes of memory.” —The Washington Post Book World

Orhan Pamuk was born in Istanbul and still lives in the family apartment building where his mother first held him in her arms. His portrait of his city is thus also a self-portrait, refracted by memory and the melancholy—or hüzün—that all Istanbullus share: the sadness that comes of living amid the ruins of a lost empire. With cinematic fluidity, Pamuk moves from his glamorous, unhappy parents to the gorgeous, decrepit mansions overlooking the Bosphorus; from the dawning of his self-consciousness to the writers and painters—both Turkish and foreign—who would shape his perceptions of his city. 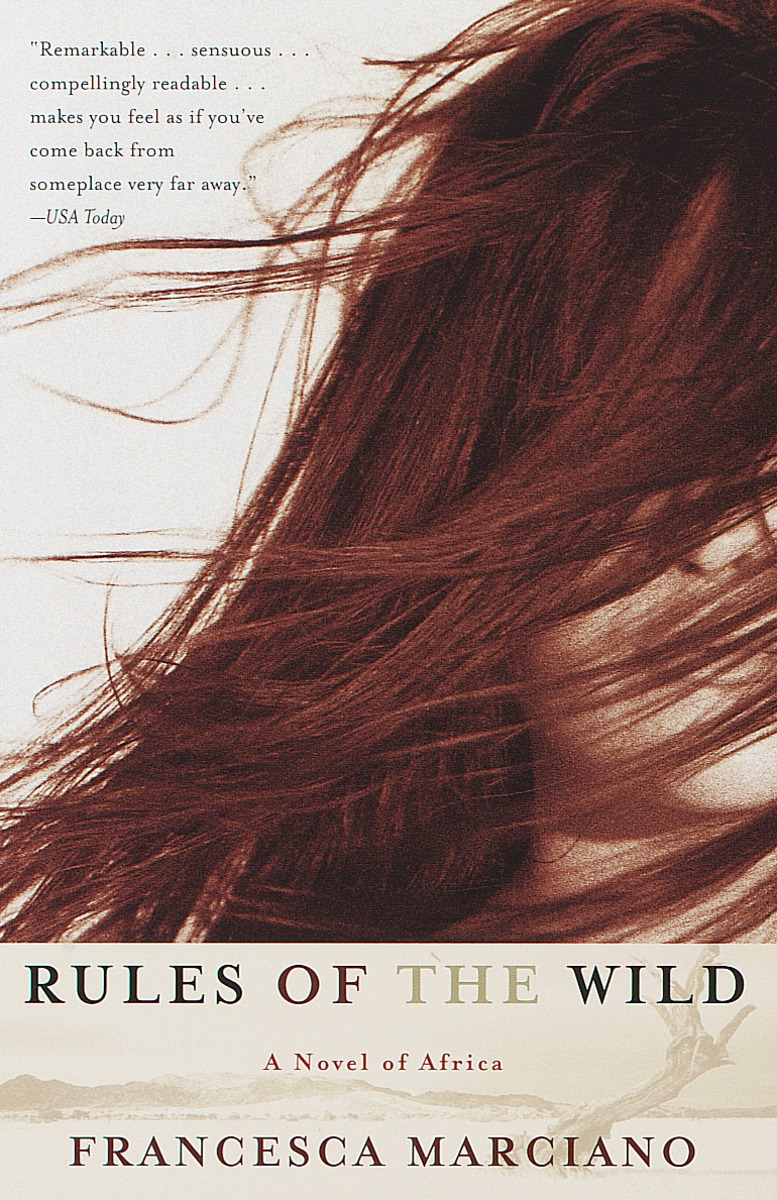 Rules of the Wild: A Novel of Africa
by Francesca Marciano

“Remarkable…sensuous…compellingly readable…makes you feel as if you’ve come back from someplace very far away.” —USA Today

Rules of the Wild transports us to a landscape of unsurpassed beauty even as it gives us a sharp-eyed portrait of a closely knit tribe of cultural outsiders: expatriates living in Kenya. Challenged by race, by class, and by a longing for home, here are “safari boys” and samaritans, reporters bent on their own fame, travelers who care deeply about elephants but not at all about the people of Africa. At the center is Esmé, a beautiful young woman of dazzling ironies and introspections, who tells us her story in a voice both passionate and self-deprecating. 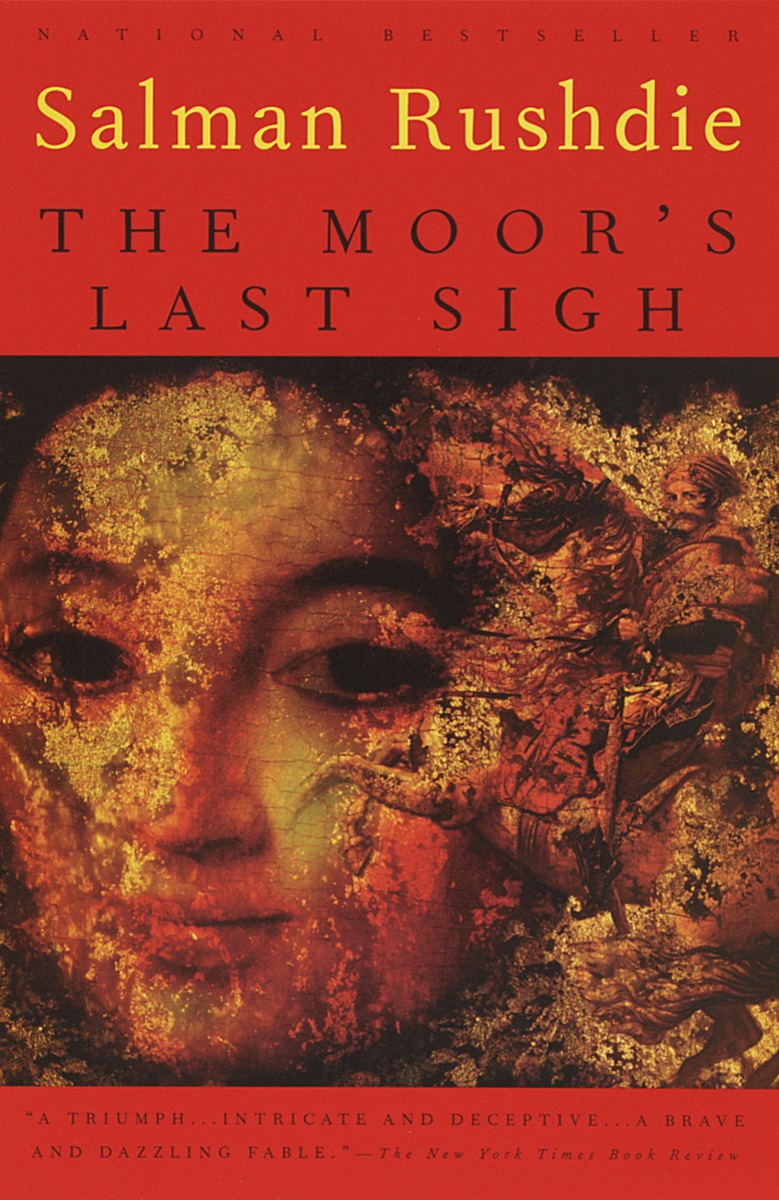 Booker Prize–winning author Salman Rushdie combines a ferociously witty family saga with a surreally imagined and sometimes blasphemous chronicle of modern India. Moraes “Moor” Zogoiby, the last surviving scion of a dynasty of Cochinese spice merchants and crime lords, is also a compulsive storyteller and an exile. As he travels a route that takes him from India to Spain, he leaves behind a tale of mad passions and volcanic family hatreds, of titanic matriarchs and their mesmerized offspring, of premature deaths and curses that strike beyond the grave. 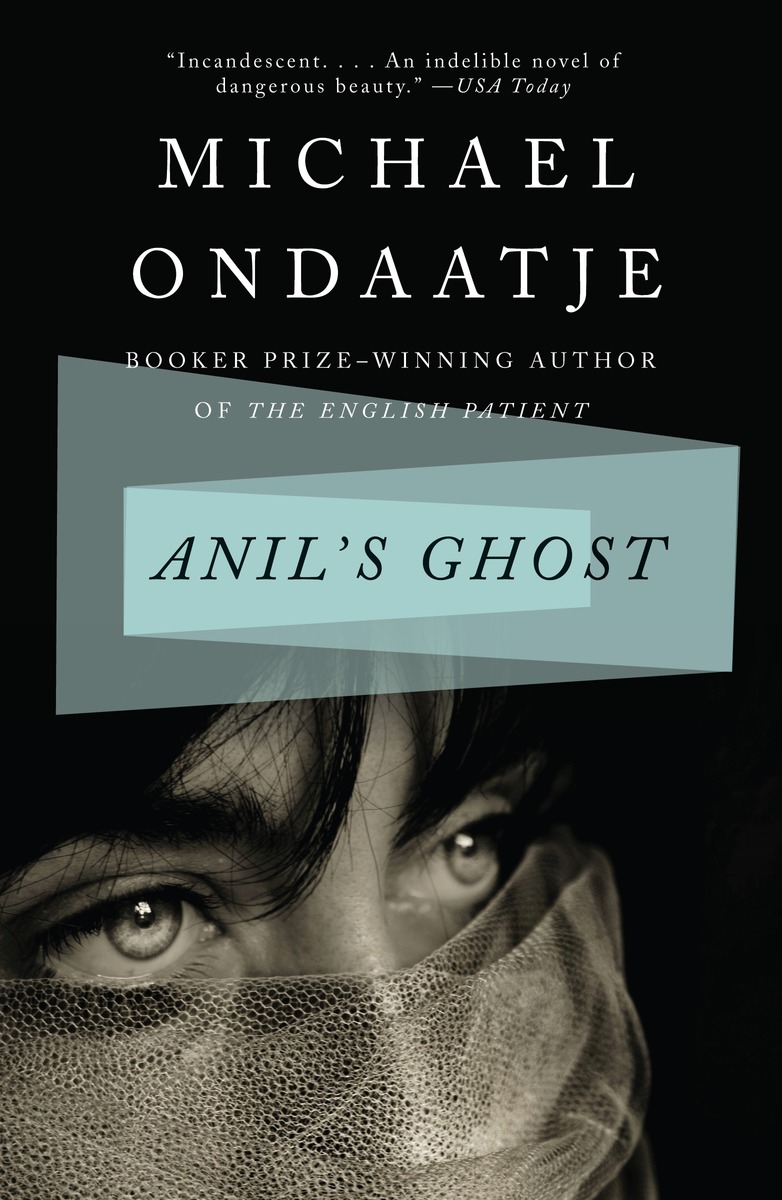 “It is Ondaatje’s extraordinary achievement to use magic in order to make the blood of his own country real.” —The New York Times Book Review

Anil’s Ghost transports us to Sri Lanka, a country steeped in centuries of tradition, now forced into the late twentieth century by the ravages of civil war. Into this maelstrom steps Anil Tissera, a young woman born in Sri Lanka, educated in England and America, who returns to her homeland as a forensic anthropologist sent by an international human rights group to discover the source of the organized campaigns of murder engulfing the island. What follows is a story about love, family, identity, the unknown enemy, the quest to unlock the hidden past—a story propelled by a riveting mystery.