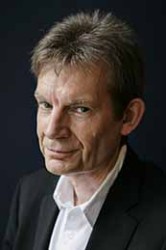 WHAT: MOTHERING SUNDAY, a romance

WHERE: The story is set in England.

WHY: “A perfect gem of a novel.
“Two weeks before Paul Sheringham was to marry Emma Hobday, he summoned Jane Fairchild to his bedroom. The year was 1924, and Jane was given the early spring afternoon off from her duties as maid to the Nivens family. Instead of visiting her own family, for she had none, Jane bicycled to her lover’s home, where they luxuriated in its extraordinary emptiness. But by the end of the day, Paul would be dead, his car wrapped around an oak tree, and Jane’s grief would be a mystery to her employers.
“With oblique references to the surprising ways this peculiar day would influence Jane’s long and remarkable career as a writer, Swift unveils a lifetime of regret and longing, pride and mystique in a perfect gem of a novel. With his unmistakable gift for detailed exactitude and emotional subtlety, Swift lightly touches on weighty issues of loss and abandonment, boldness and survival.
“Swift’s succinct rags-to-riches tale of a young woman’s unexpected metamorphosis is a rich and nuanced evocation of an innocent yet titillating time.”
—Carol Haggas, in a starred review for BOOKLIST

“A haunting portrait of lives in a world in transition.
Swift’s depiction of a fragile caste clinging to traditions that define their sense of noblesse oblige while struggling to bear the era’s crushing burden of ‘accumulated loss and grief’ is poignant and moving — as is his intimation of a brilliant personal destiny that rises from the ashes of a tragically bygone social order.”
—PUBLISHERS WEEKLY, starred review

“Swift has fun with language, with class conventions, and with narrative expectations in a novel where nothing is as simple or obvious as it seems at first.” —KIRKUS, a starred review 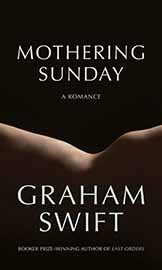