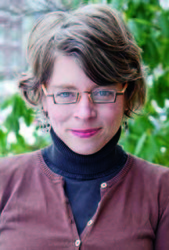 WHY: “A fascinating, sharply written,
thoroughly engaging jeu d’esprit.
“A writer searches for a ‘holy grail’ manuscript of endless words. Joseph Ferdinand Gould (1889-1957), aka Professor Seagull, first became a public figure thanks to New Yorker staff writer Joseph Mitchell. His two essays about Gould were published together in 1964 as Joe Gould’s Secret, which was made into a movie in 2000. The ‘secret’ was his mysterious manuscript, an extensively detailed personal biography/history that was millions of words long and 7 feet high.
“Lepore describes his Oral History of Our Times as ‘plainspoken, arresting, experimental, and disordered…endless, and unremitting.’ She wonders: ‘It didn’t exist. Or did it?’
“Gould was an eccentric, probably autistic, she believes, who ‘suffered from gramaphobia’ — ‘he could not stop writing.’ Often homeless, drunk, or ill, he required little but had friends — Ezra Pound, Marianne Moore, William Carlos Williams, and others—who would help him out. Like a detective, Lepore describes her mazelike quest, her clues, her dead ends, the many people she met and talked to, the dusty archives visited in a wonderful, sprightly prose lusciously filled with allusions and references.
“Questions abound. The search led her to a key figure in the Gould mystery: Augusta Savage, an African-American artist who lived in Harlem. Gould knew her and apparently even proposed to her. Could he have given her the manuscript? Borges’ great short story about the fictional writer Pierre Menard, author of the Quixote, comes to mind. Lepore is Borges to Gould’s Quixote, which was his life writ large…maybe.” —KIRKUS

“A well-aimed hand grenade of a book,
fiercely concentrated in its precision and unflinching in its revelations.”
—Donna Seaman, in a starred review for BOOKLIST 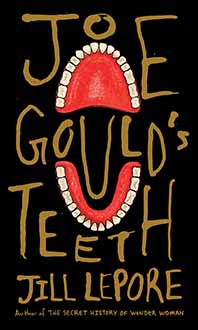 From the beginning of the book:
For a long time, Joe Gould thought he was going blind. This was before he lost his teeth and years before he lost the history of the world he’d been writing in hundreds of dime-store composition notebooks, their black covers mottled like the pelt of a speckled goat, their white pages lined with thin blue veins. “I have created a vital new literary form,” he announced. “Unfortunately, my manuscript is not typed.”