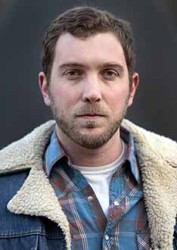 WHAT: NITRO MOUNTAIN, a novel

WHERE: The story is set in Virginia.

WHY: “An ambitious, disturbing, and daring debut.
“Appalachian noir at its darkest and most deranged. When a doctor suggests to one of the emotionally (and physically) battered women in this powerfully bleak novel that she may be suffering from post-traumatic stress disorder, she responds bitterly that she’s far too young for Vietnam, though the reader recognizes that life in the shadow of the titular Nitro Mountain is its own minefield. Most of these characters have been warped by brutality, abuse, even in-breeding, and the isolated community seems to offer no way to escape or transcend what amounts to a spiritual death sentence.
“At the core of the novel is a romantic triangle all but devoid of romance. At one corner is Leon, the first-person narrator of the long opening chapter. He’s a broken-armed bass player who lives with his dysfunctional parents and makes little more than spare change onstage with a country band. He somehow finds himself attractive enough to quite a few of the novel’s women, though, typically, ‘sex was just two sloppy bodies being tossed against each other.’ The love of his life, Jennifer, wants what Leon cannot give her and ends up either the lover or the mountain captive of a tattooed video voyeur whose camera monitored the women’s bathroom at the town bar. Two of these people conspire to kill the other, though Leon’s narration leaves open-ended who will be the killer and who will be the corpse.
“The second chapter switches to third-person narration (and the present tense) to show the aftermath of whatever happened on Nitro Mountain, where what once was a still for moonshine has given way to a deadly mixture of heroin and speed. It focuses on the songwriter who fronted the band that employed Leon and suggests the possibility of a future denied the others. Chapter 3 is the shortest and saddest, with another shift of narrative perspective and a sense that any glimmer of redemption might just be a mirage.
“Some of the plainspoken narration is very funny, deadly so, among characters who prefer pain to the numbness of feeling nothing at all.” —KIRKUS, starred review

“Stark and raw, yet relentlessly compelling.
A gritty portrait of life in Virginia mining country…Johnson’s hardscrabble characters are awash in alcohol and dirty melodrama, constantly trying to claw their way out of the dingy reality holding them hostage.” —PUBLISHERS WEEKLY 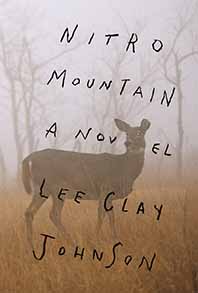