7 Books to Feed Your Olympics Fervor

There’s nothing quite like the Olympics. Every four years, the world gathers together to watch the breathtaking spectacle of top athletes competing at the height of their skills. It is just as easy to get emotionally involved in the moving stories of Olympians’ difficult paths to that year’s games as it is to be swept up in the intensity of the competitions themselves. Defeat and victory, heartbreak and joy, the Olympics has everything. Because we know you can’t get enough, we’ve compiled a list of some great sports books. These titles celebrate all of the things you love about sports, from inspirational memoirs to insightful looks at athletes as icons. Keep reading to get inspired!

Find a Way by Diana Nyad 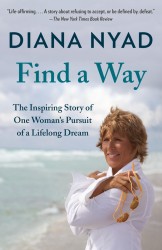 “When you’re facing big challenges in your life, you can think about Diana Nyad getting attacked by the lethal sting of box jellyfishes. And nearly anything else seems doable in comparison.”  —Hillary Clinton

When Diana Nyad arrived on the shore of Key West after fifty-three hours of a grueling, epic swim across a sea, she not only set a world record—becoming the first person to swim the shark-infested waters between Cuba and Florida with no cage for protection—she also succeeded in fulfilling a dream she first chased at age twenty-eight and at long last achieved when she was sixty-four. 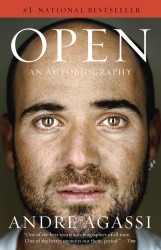 “Agassi may have just penned one of the best sports autobiographies of all time. Check—it’s one of the better memoirs out there, period. . . . Agassi’s memoir is just as entrancing as his tennis game.” —Time

Andre Agassi had his life mapped out for him before he left the crib. Groomed to be a tennis champion by his moody and demanding father, by the age of twenty-two Agassi had won the first of his eight grand slams and achieved wealth, celebrity, and the game’s highest honors. But as he reveals in this searching autobiography, off the court he was often unhappy and confused, unfulfilled by his great achievements in a sport he had come to resent. Agassi writes candidly about his early success and his uncomfortable relationship with fame, his marriage to Brooke Shields, his growing interest in philanthropy, and—described in haunting, point-by-point detail—the highs and lows of his celebrated career. 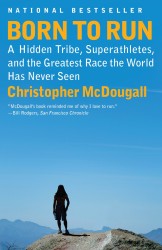 An epic adventure that began with one simple question: Why does my foot hurt?

Isolated by Mexico’s deadly Copper Canyons, the blissful Tarahumara Indians have honed the ability to run hundreds of miles without rest or injury. In a riveting narrative, award-winning journalist and often-injured runner Christopher McDougall sets out to discover their secrets. In the process, he takes his readers from science labs at Harvard to sun-baked valleys and freezing peaks across North America, where ever-growing numbers of ultra-runners are pushing their bodies to the limit, and, finally, to a climactic race in the Copper Canyons that pits America’s best ultra-runners against the tribe. McDougall’s incredible story will not only engage your mind but inspire your body when you realize that you—indeed all of us—were born to run.

Beyond Glory by David Margolick 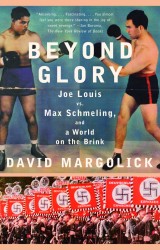 “Absorbing. . . . Fascinating. . . . Margolick describes all this so vividly that you almost feel you were there sharing in the joy of sweet revenge.” —The New York Review of Books

Nothing in the annals of sports has aroused more passion than the heavyweight fights in New York in 1936 and 1938 between Joe Louis and Max Schmeling—bouts that symbolized the hopes, hatreds, and fears of a world moving toward total war. Acclaimed journalist David Margolick takes us into the careers of both men—a black American and a Nazi German hero—and depicts the extraordinary buildup to their legendary 1938 rematch. Vividly capturing the outpouring of emotion that the two fighters brought forth, Margolick brilliantly illuminates the cultural and social divisions that they came to represent. 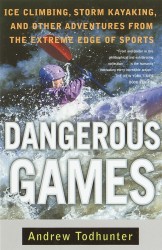 “Front and center in this philosophical and exhilarating collection. . .is the humanity motivating every incredible action.” —The New York Times Book Review

In this elegant and exciting collection Andrew Todhunter, himself an extreme sportsman and the author of the critically acclaimed Fall of the Phantom Lord, takes readers along as men and women push themselves to their limits in the world’s riskiest sports.

In several of these essays Todhunter writes from personal experience, joining his subjects as they free fall from cliffs, wriggle through narrow underground crevices, and dive deep beneath the ice of a frozen lake. In these adrenaline-laced accounts of extreme sportsmanship, Todhunter captures not only the thrill of conquest but the deep pleasure of being someplace few others have gone as well. 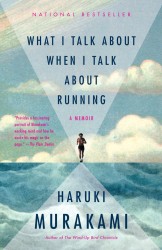 “A brilliant meditation on how his running and writing nurture and sustain each other. . . . With spare, engaging prose . . . Murakami shares his runner’s high.” —Sports Illustrated

An intimate look at writing, running, and the incredible way they intersect, from the incomparable, bestselling author Haruki Murakami. While simply training for New York City Marathon would be enough for most people, Haruki Murakami decided to write about it as well. The result is a beautiful memoir about his intertwined obsessions with running and writing, full of vivid memories and insights, including the eureka moment when he decided to become a writer. By turns funny and sobering, playful and philosophical, What I Talk About When I Talk About Running is rich and revelatory, both for fans of this masterful yet guardedly private writer and for the exploding population of athletes who find similar satisfaction in athletic pursuit.

King of the World by David Remnick 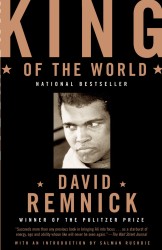 On the night in 1964 that Muhammad Ali (then known as Cassius Clay) stepped into the ring with Sonny Liston, he was widely regarded as an irritating freak who danced and talked way too much. Six rounds later Ali was not only the new world heavyweight boxing champion: He was “a new kind of black man” who would shortly transform America’s racial politics, its popular culture, and its notions of heroism.

No one has captured Ali—and the era that he exhilarated and sometimes infuriated—with greater vibrancy, drama, and astuteness than David Remnick, the Pulitzer Prize—winning author of Lenin’s Tomb (and editor of The New Yorker). In charting Ali’s rise from the gyms of Louisville, Kentucky, to his epochal fights against Liston and Floyd Patterson, Remnick creates a canvas of unparalleled richness. He gives us empathetic portraits of wisecracking sportswriters and bone-breaking mobsters; of the baleful Liston and the haunted Patterson; of an audacious Norman Mailer and an enigmatic Malcolm X. Most of all, King of the World does justice to the speed, grace, courage, humor, and ebullience of one of the greatest athletes and irresistibly dynamic personalities of our time.