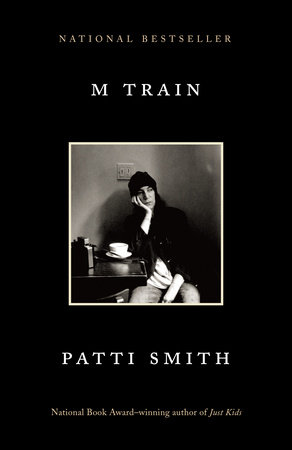 “I love books, and I love what the hand of mankind produces, whether painting or music, opera. I just think it’s wonderful that we have that in our life,” says Patti Smith in an interview with PBS NewsHour as she discusses her latest book, M Train. Smith’s second memoir (her first was the National Book Award-winner Just Kids) is an unforgettable odyssey of a legendary artist, told through the prism of the cafés and haunts she has worked in around the world. It is a book she has described as “a roadmap to my life.”

M Train chronicles not just the places that have influenced Smith’s life, but the books, art, movies, and even television that have left a mark on her. In the same interview with PBS NewsHour’s Jeffrey Brown, Patti Smith tells the story of how Little Women’s Jo was a childhood inspiration:

JEFFREY BROWN: For those of us who grew up listening to you and thinking of you as a rock ‘n’ roller, this love of books was there first, I guess, right, for you?

When I was a little girl, my parents read voraciously, and there was always books everywhere, and I was very curious about them, so I learned to read quite early. And I just loved books.

JEFFREY BROWN: And you wanted to write.

PATTI SMITH: I didn’t think of it until I read Little Women. And Jo was such a great role model. She was sort of tomboyish, like I was, and what they used to call a bookworm, and she wrote. And then I thought, ah, I can write, just like Jo. And I was quite young, but I took that in my heart as my vocation.

For more stories from Patti Smith, watch the interview below and be sure to pick up a copy of M Train, now available in paperback.