The Many Faces of Alexander von Humboldt 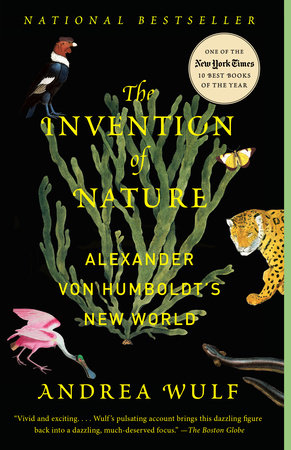 These days the name Alexander von Humboldt elicits very little reaction. As Andrea Wulf reveals in her latest book, The Invention of Nature, this visionary naturalist who forever changed the way we understand the natural world has been all but forgotten. But Humboldt is brought back to life in Wulf’s incredible biography, which follows the scientist from his childhood in an aristocratic Prussian family to his revolutionary discoveries that led to his predictions of human-induced climate change. An intrepid explorer, Humboldt traveled the world and formulated theories that influenced great minds, including Charles Darwin, Thomas Jefferson, and John Muir, for generations. Yet time has reduced him from the most famous scientist of his age to a little-known name lost to the annals of history.

Described as “vivid and exciting” by The Boston Globe, The Invention of Nature is sure to enthrall readers and bring Humboldt back into the collective consciousness. And if you’re still unconvinced of Humboldt’s lasting influence, you need look no further than the many statues, parks, mountain ranges, rivers, waterfalls, towns, plants, animals, and even a region on the moon that bear his name!

Check out the map below for a sampling of the many landmarks honoring the man whose ideas formed the foundation of modern environmentalism. 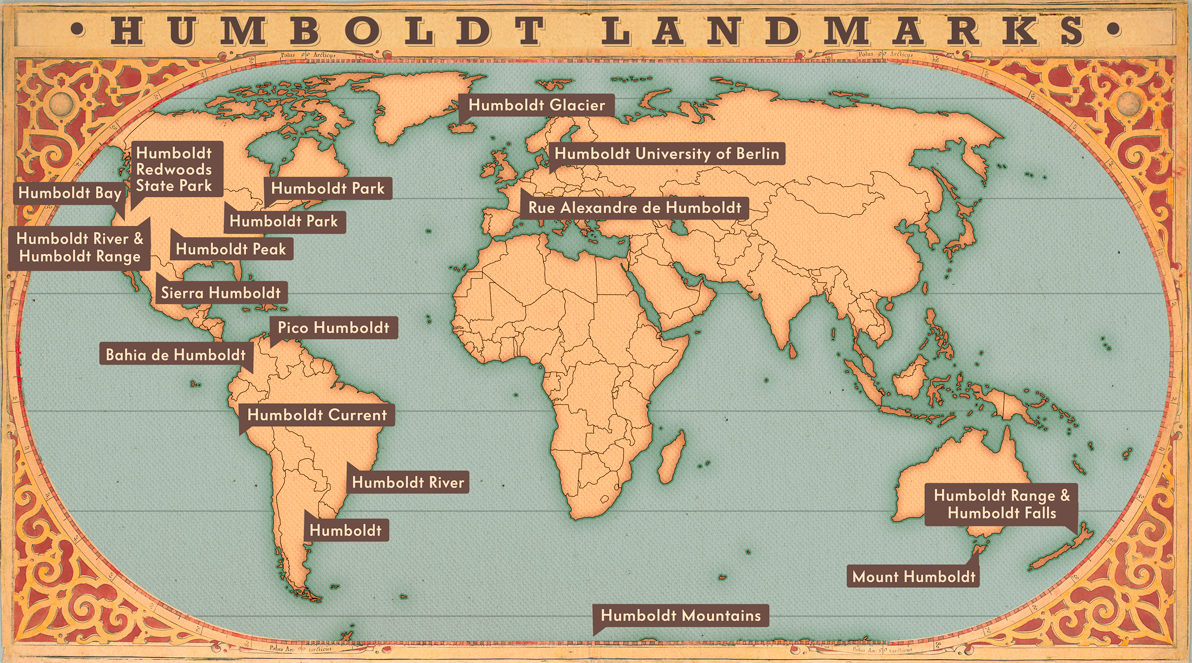