Read on to see suggestions for the Super Sleuth in your life, and scroll to the bottom of the post to see our full collection of gift guides.

Click here to view a downloadable PDF of all of our selections for that you can print and bring to your favorite bookstore! 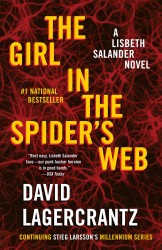 The Girl in the Spider’s Web by David Lagercrantz

“Excellent. . . . Anyone craving more Salander bad-assery should get their hands on a copy of Spider’s Web faster than Lisbeth can hack into the NSA.” —People

One night, Mikael Blomkvist, crusading editor of Millennium, receives a call from a source who claims to have been given information vital to the United States by a young female hacker. Blomkvist, always on the lookout for a story, reaches out to Lisabeth Salander, the girl with the dragon tattoo, for help. She, as usual, has plans of her own. Together they are drawn into a ruthless underworld of spies, cybercriminals, and government operatives—some willing to kill to protect their secrets. 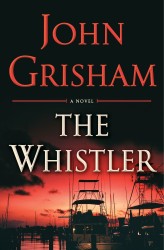 “A main character who’s a seriously appealing woman . . . a whistle-blower who secretly calls attention to corruption . . . a strong and frightening sense of place. . . . Grisham’s on his game.”
—Janet Maslin, The New York Times

The worldwide number one bestseller is “one of Grisham’s best” (The Washington Post), prompting The New York Times to exclaim, “he’s on his game.”  Ready to be blown away? Buckle up for this high-stakes thrill ride through the darkest corners of the Sunshine State. 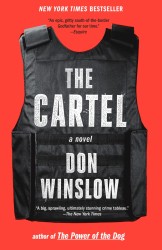 The Cartel by Don Winslow

“The Cartel is the most important crime saga of the millennium.” —The Arizona Republic

It’s 2004. Adán Barrera, kingpin of El Federación, is languishing in a federal prison in California. Ex–DEA agent Art Keller passes his days in a monastery, having lost everything to his thirty-year blood feud with the drug lord. Then Barrera escapes. Now there’s a two-million-dollar bounty on Keller’s head and no one else capable of taking Barrera down. 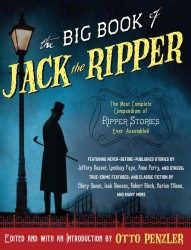 The Big Book of Jack the Ripper, edited by Otto Penzler

Edgar Award–winning editor Otto Penzler’s latest anthology takes its inspiration from the historical enigma whose name has become synonymous with fear: Jack the Ripper. The Big Book of Jack the Ripper, complete with unnerving fictional stories, letters from Red Jack himself, gruesome postmortem reports, harrowing witness statements, and breaking newspaper accounts of the East End hysteria, immerses you in the utterly chilling world of Red Jack’s London, where his unprecedented evil still lurks. 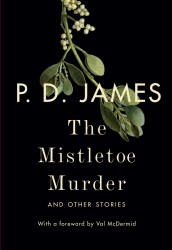 “A delicious gift at a time when we thought we would read no more of her work.” —Val McDermid

The Forgotten Room by Lincoln Child

“Intriguing. . . . Lincoln Child is a master at mystery plots.” —The Florida Times-Union

On a sprawling estate on the coast of Rhode Island, at the nation’s oldest and most prestigious think tank, an unfathomable tragedy takes place. No one knows what to make of the disturbing evidence left behind. Then reports begin to surface of increasingly bizarre behavior among the organization’s distinguished scientists . . . 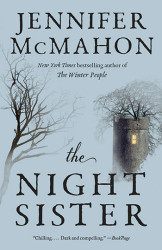 “Chilling. . . . A powerful story of childhood friendship and sisterhood. . . . Dark and compelling.” —BookPage

Jennifer McMahon is the New York Times bestselling author of the truly terrifying The Winter People, and her latest novel, The Night Sister, does not disappoint. The story follows two sets of sisters whose lives are entwined with the Tower Motel, a once-thriving attraction in rural Vermont. Atmospheric, gripping, and full of suspense, The Night Sister probes the bond between sisters and the peril of keeping secrets. 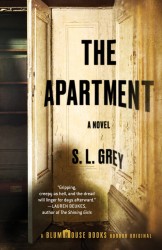 “Dark and deeply disturbing. Trust me—this tense and frightening piece of horror is not for kids—or for the faint of heart. I’m still shuddering.” —R.L. Stine

Deftly weaving together two complex and compelling narrators, S. L. Grey builds an intimate and chilling novel of a disintegrating marriage in the wake of a very real trauma. The Apartment is a terrifying and tour de force of horror, of psychological thrills, and of haunting suspense. 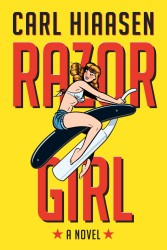 From the bestselling author of Skinny Dip and Bad Monkey, another hilarious caper filled with some of the wildest characters set loose on the page. 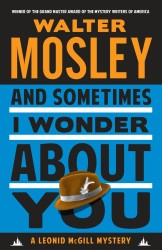 And Sometimes I Wonder About You by Walter Mosley

P.I. Leonid McGill isn’t usually one to refuse a case. But when Hiram Stent, a man down on his luck, begs him to find a cousin who is about to inherit millions of dollars, he senses something fishy. His instincts prove right: The night after he turns Hiram away, Hiram is found dead and Leonid’s office is broken into. Feeling partly responsible for this bizarre turn of events, Leonid is forced to open an investigation that will pull him into the lurid history of an old-money New York family. 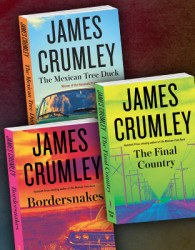 Bordersnakes, The Final Country, and The Mexican Tree Duck by James Crumley

If you don’t already know James Crumley, winner of the Hammett Prize and the self-described “bastard child of Raymond Chandler,” now is the time to meet him. Best known for The Last Good Kiss, the first novel in his C.W. Sughrue series, he also created a private eye named Milo Milodragovitch. These three books were recently reissued, making them the perfect gift for any crime fiction fan.

“This is the most un-put-downable thriller I’ve read in ages.” —Lincoln Child

Geologist and adventurer Philip Mercer is visiting an old friend who’s working far down in Minnesota’s Leister Deep Mine—but he arrives too late to save Abe Jacobs and his climate-research team from a shocking, brutal attack. Mercer vows to seek revenge as well as answers, hoping to pick up Jacobs’s search for a cache of the rare crystals known as lightning stones—rumored to have been aboard Amelia Earhart’s plane when it vanished in 1937.