Read on to see suggestions for the Nonfiction Enthusiast in your life, and check the bottom of the post for our full collection of gift guides. 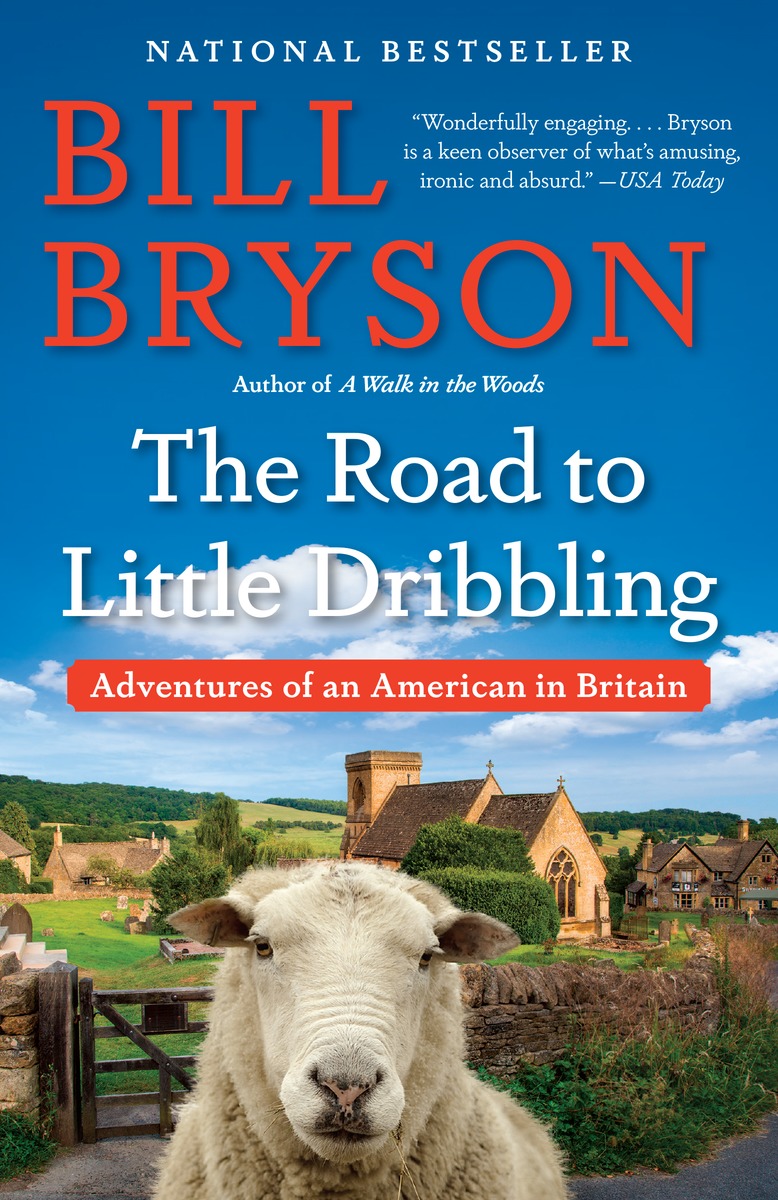 The Road to Little Dribbling: Adventures of an American in Britain by Bill Bryson

In 1995, Iowa native Bill Bryson took a motoring trip around Britain. The uproarious book that resulted, Notes from a Small Island, is one of the most acute portrayals of the United Kingdom ever written. Two decades later, Bryson—now a British citizen—set out again to rediscover his adopted country. In these pages, he follows a straight line through the island and shows us every pub, stone village, and human foible along the way. 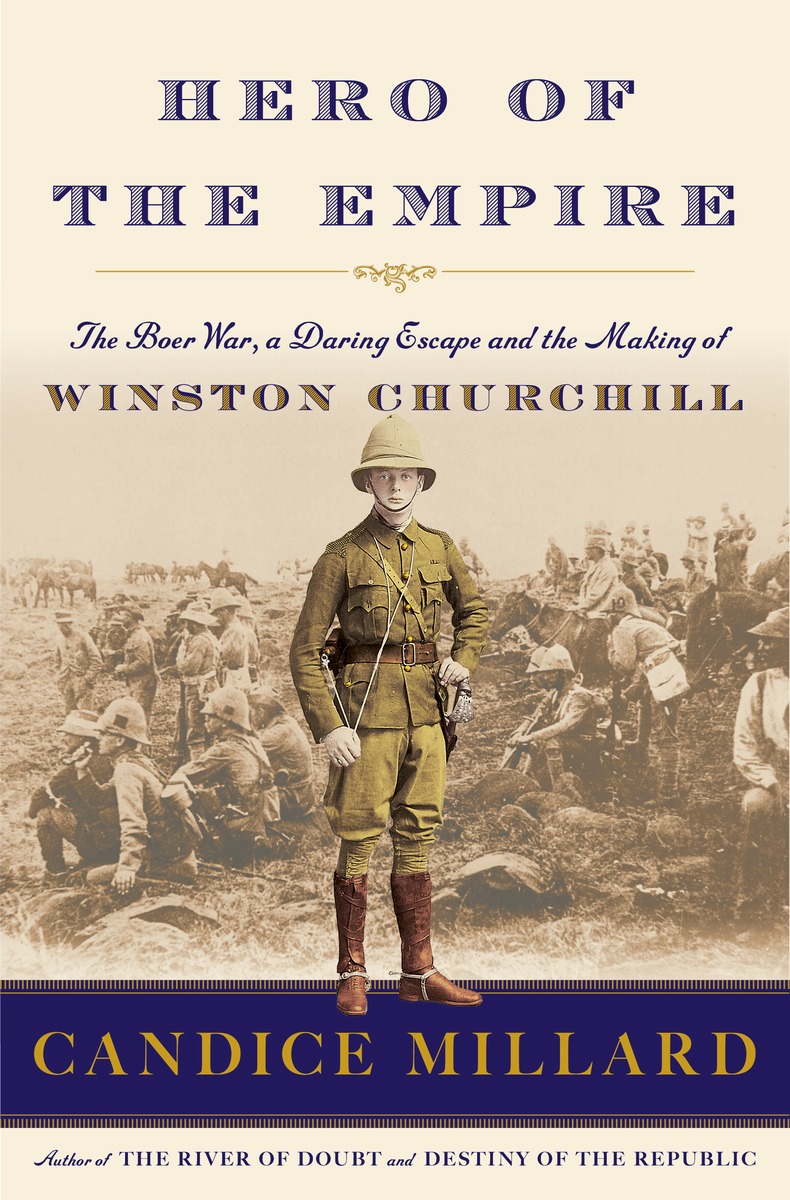 Hero of the Empire by Candice Millard

“Millard’s tome is a slam-bang study of Churchill’s wit and wile as he navigates the Boer War like a proto–James Bond.” —USA Today

From the New York Times bestselling author of Destiny of the Republic and The River of Doubt, a thrilling narrative of Winston Churchill’s extraordinary and little-known exploits during the Boer War. Perfect for history buffs and fans of The Crown. 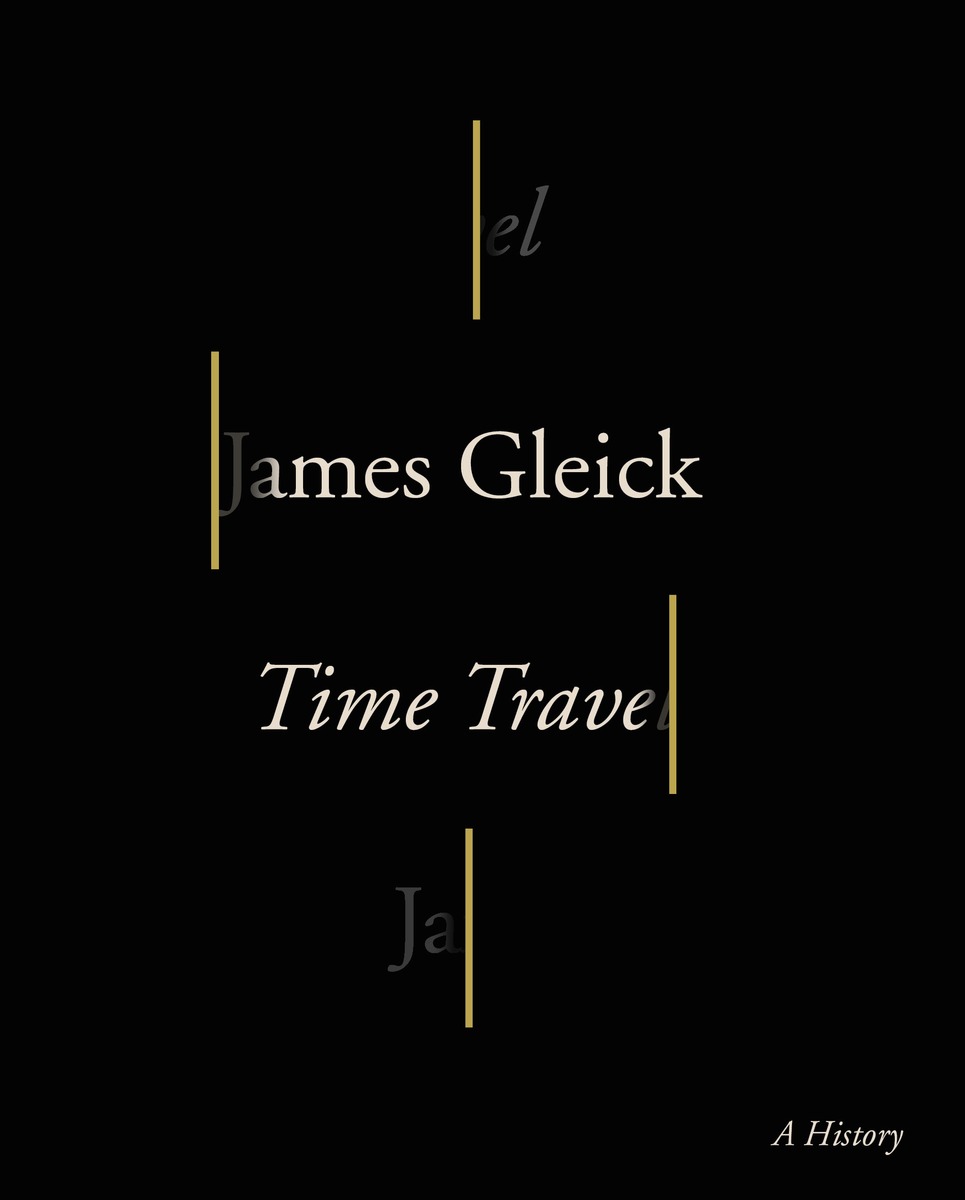 From the acclaimed author of The Information and Chaos, here is a mind-bending exploration of time travel: its subversive origins, its evolution in literature and science, and its influence on our understanding of time itself. 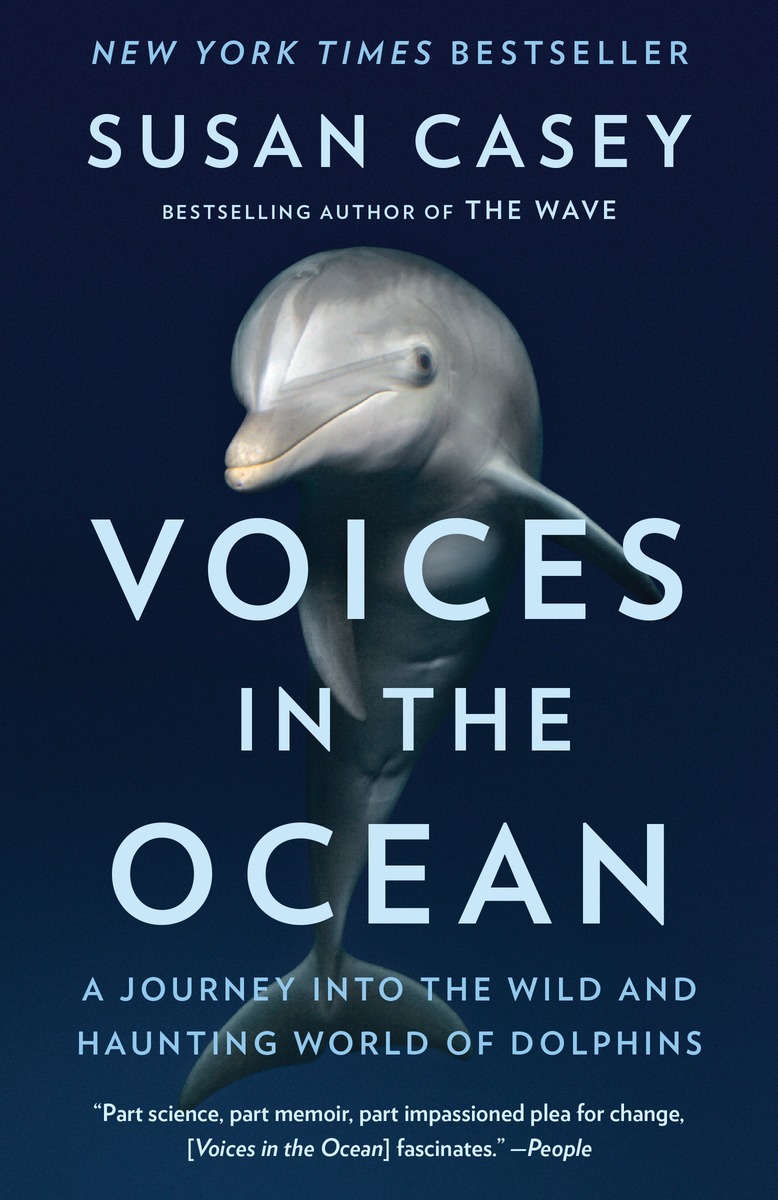 Voices in the Ocean: A Journey into the Wild and Haunting World of Dolphins by Susan Casey

Inspired by a profound experience swimming with wild dolphins off the coast of Maui, Susan Casey set out on a quest to learn everything she could about these creatures. Her journey takes her from a community in Hawaii known as “Dolphinville” to the dark side of the human-cetacean relationship at marine parks and dolphin-hunting grounds in Japan and the Solomon Islands. Along the way, Casey recounts the history of dolphin research and introduces us to the leading marine scientists and activists who have made it their life’s work to increase humans’ understanding and appreciation of the wonder of dolphins. 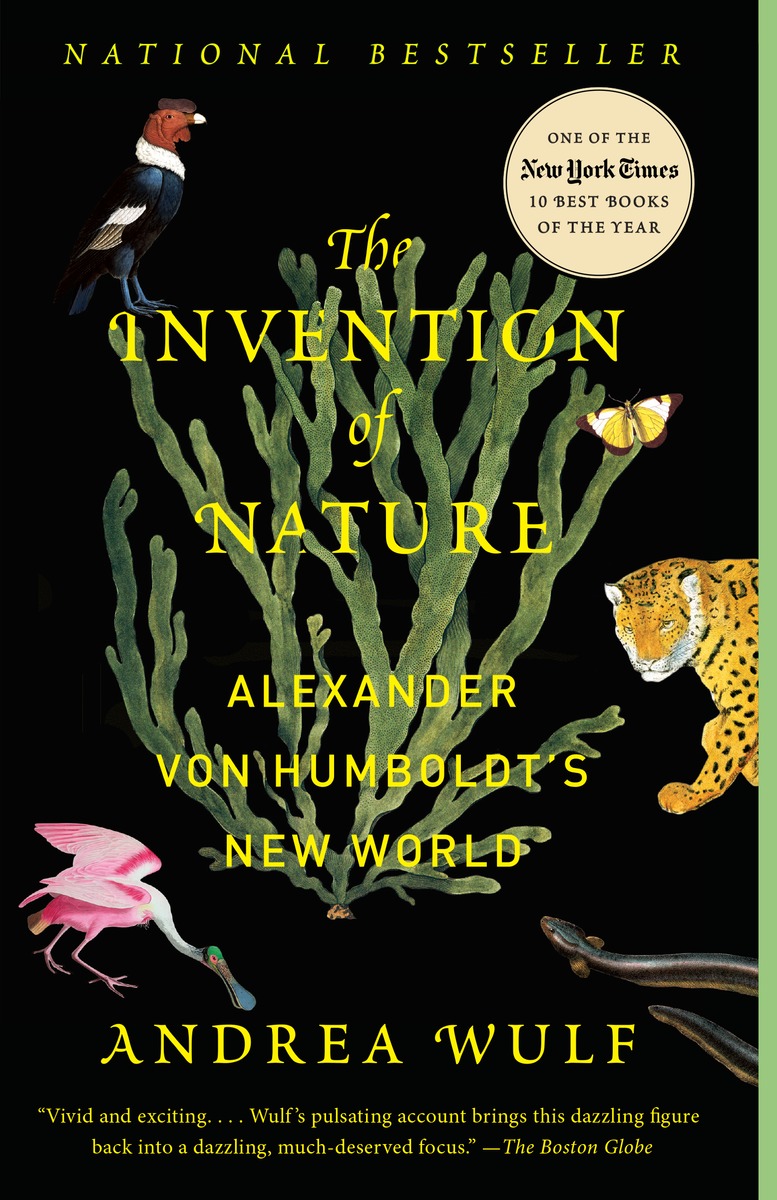 “Vivid and exciting. . . . Wulf’s pulsating account brings this dazzling figure back into a dazzling, much-deserved focus.” —The Boston Globe

The acclaimed author of Founding Gardeners reveals the forgotten life of Alexander von Humboldt, the visionary German naturalist whose ideas changed the way we see the natural world—and in the process created modern environmentalism.

Read an excerpt | Buy the book | Who is Alexander von Humboldt? 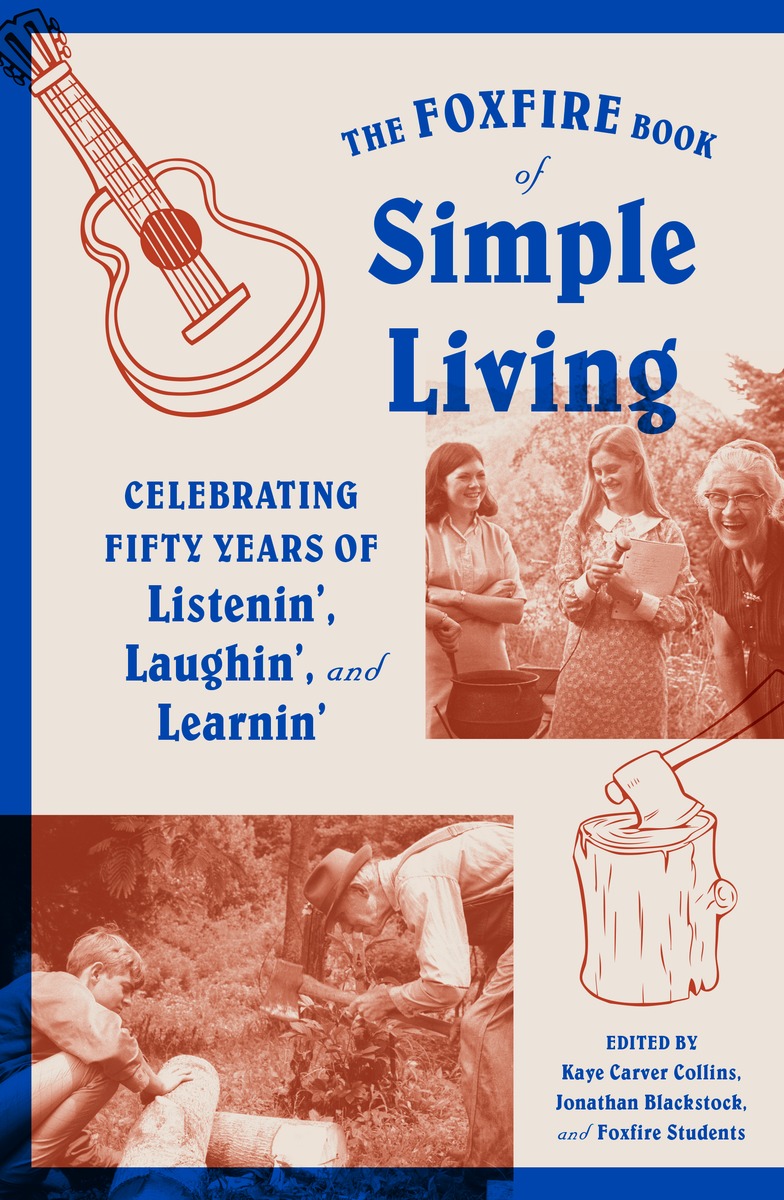 First published in 1972, The Foxfire Book was a surprise bestseller that brought Appalachia’s philosophy of simple living to hundreds of thousands of readers. Today, Foxfire’s mission remains the same, and The Foxfire Book of Simple Living is both a rich look back at five decades of collected wisdom, as well as an intriguing look forward at the artists and craftsmen who are working to preserve Appalachian traditions for future generations. 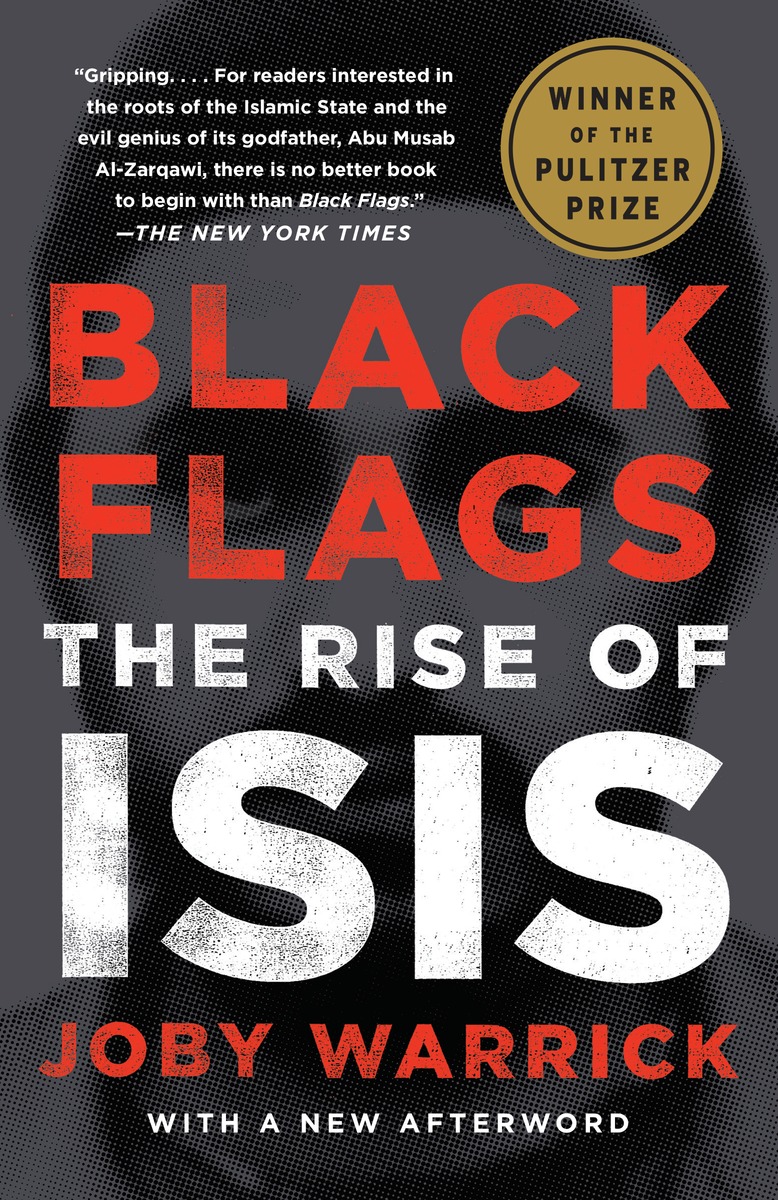 Black Flags: The Rise of ISIS by Joby Warrick

“Gripping. . . . For readers interested in the roots of the Islamic State and the evil genius of its godfather, Abu Musab Al-Zarqawi, there is no better book to begin with than Black Flags.” —Michiko Kakutani, The New York Times

In a thrilling dramatic narrative, Pulitzer Prize–winning reporter Joby Warrick traces how the strain of militant Islam behind ISIS first arose in a remote Jordanian prison and spread with the unwitting aid of two American presidents. Drawing on unique high-level access to CIA and Jordanian sources, Warrick reveals the long arc of today’s most dangerous extremist threat. 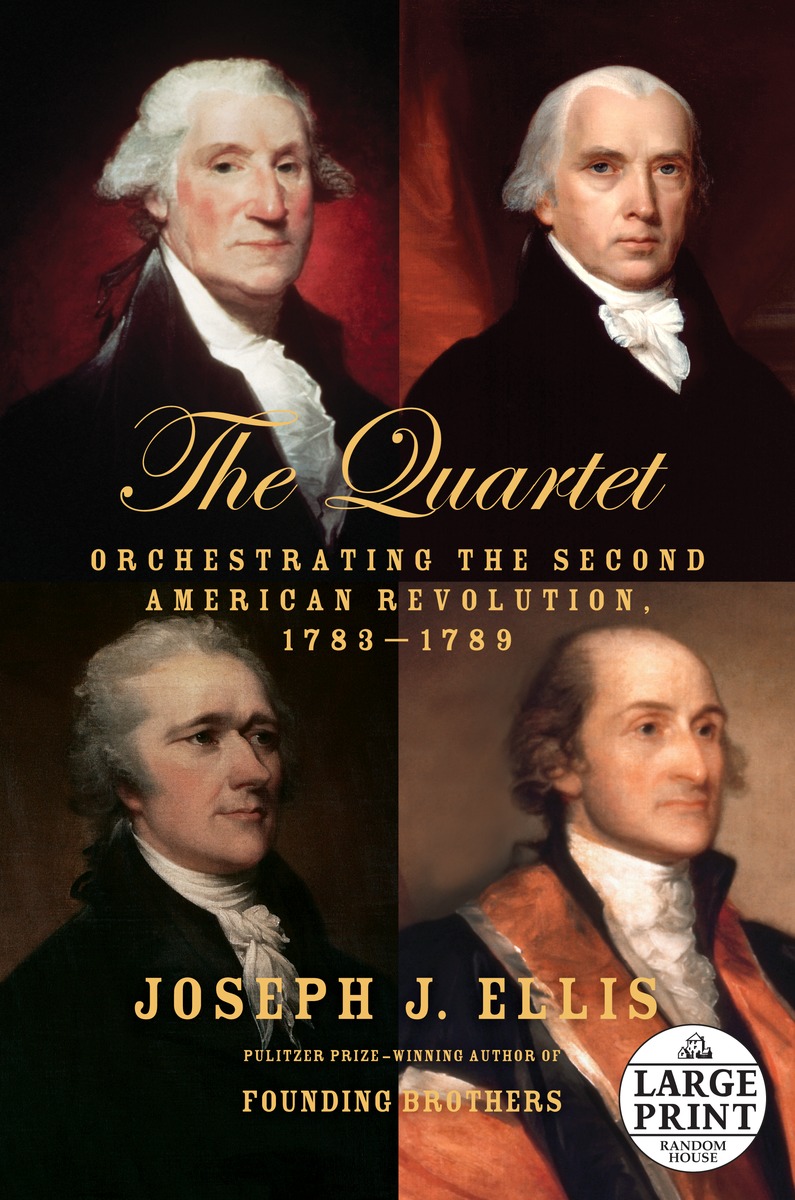 “A sure-handed and entertaining guide through the thickets of argument, personality and ideology out of which the American nation emerged.” —The Economist

In The Quartet, Pulitzer Prize–winning historian Joseph Ellis tells the unexpected story of America’s second great founding and of the men most responsible—Alexander Hamilton, George Washington, John Jay, and James Madison. Ellis gives us a dramatic portrait of one of the most crucial and misconstrued periods in American history: the years between the end of the Revolution and the formation of the federal government. 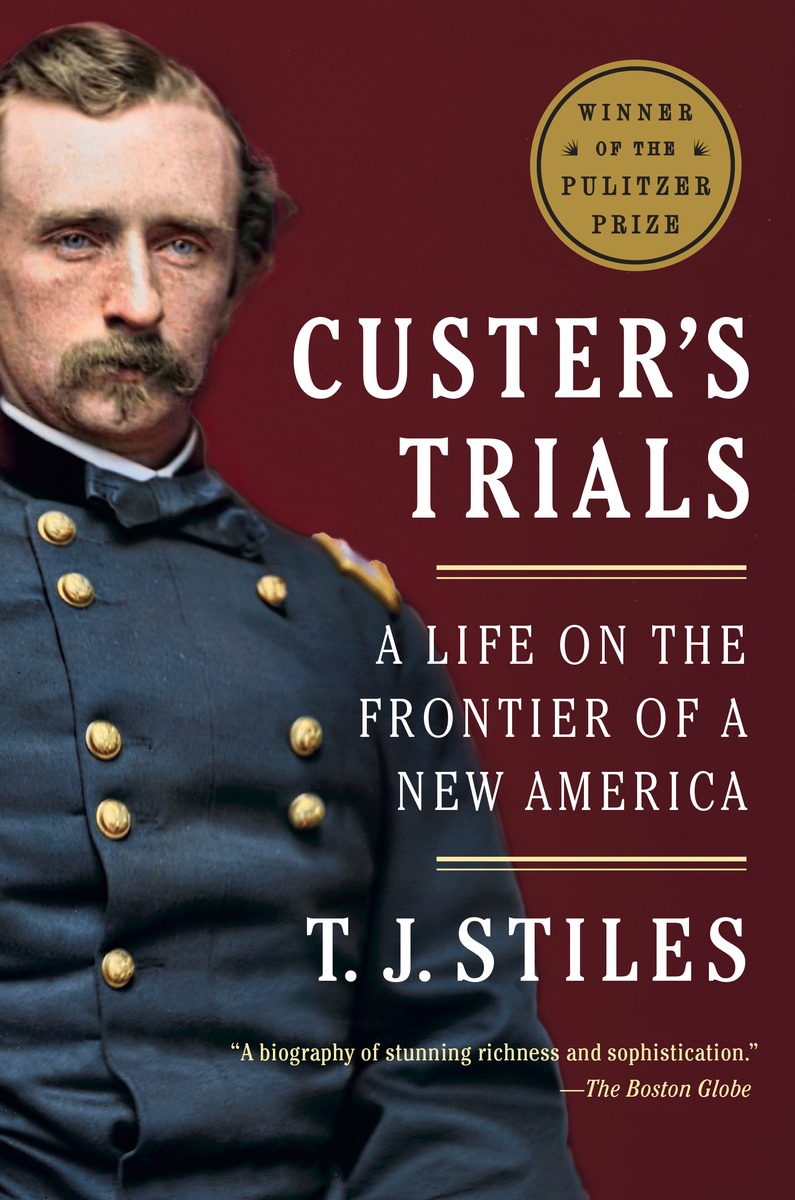 Custer’s Trials: A Life on the Frontier of a New America by T. J. Stiles

“A biography of stunning richness and sophistication.” —The Boston Globe

In this magisterial biography, T. J. Stiles paints a portrait of Custer both deeply personal and sweeping in scope, proving how much of Custer’s legacy has been ignored. Intimate, dramatic, and provocative, this biography captures the larger story of the changing nation. It casts surprising new light on one of the best-known figures of American history, a subject of seemingly endless fascination. 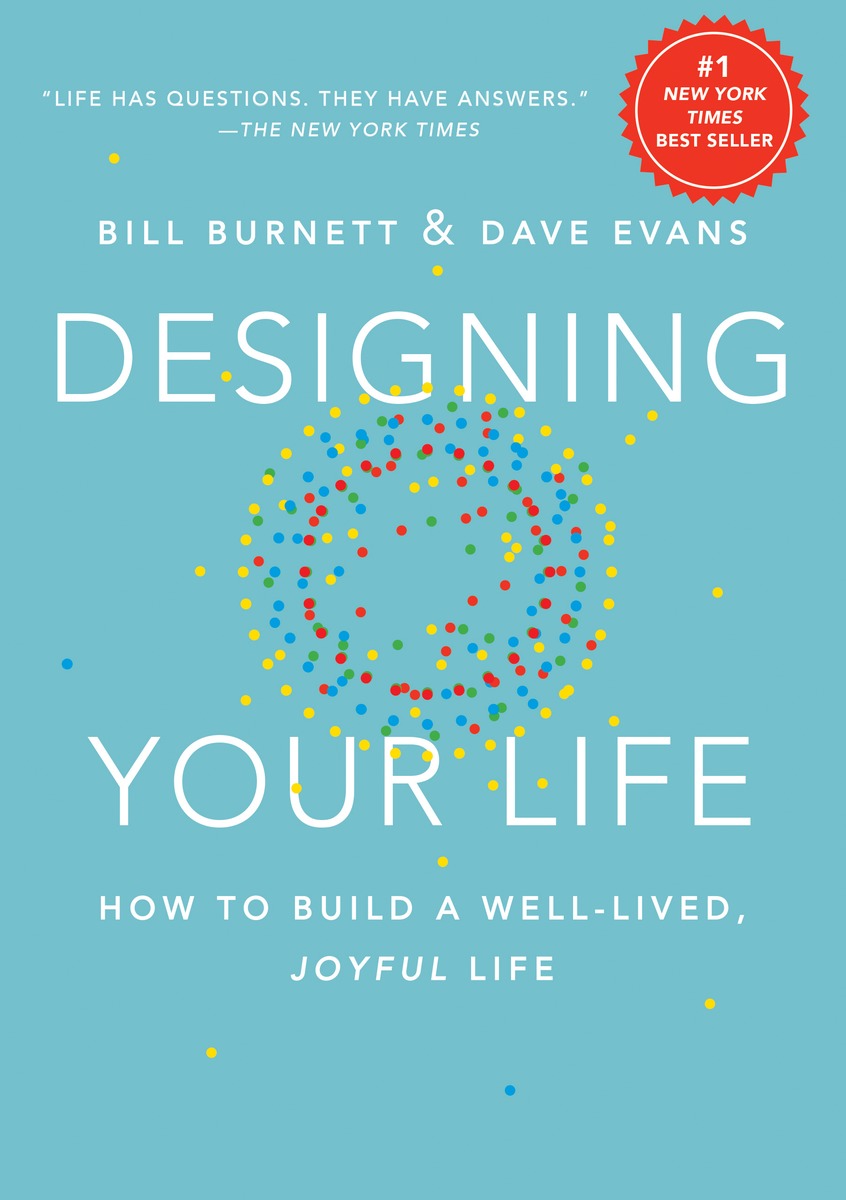 Designing Your Life: How to Build a Well-Lived, Joyful Life by Bill Burnett and Dave Evans

“Life has questions. They have answers.” —The New York Times

At last, a book that shows you how to build—design—a life you can thrive in, at any age or stage. 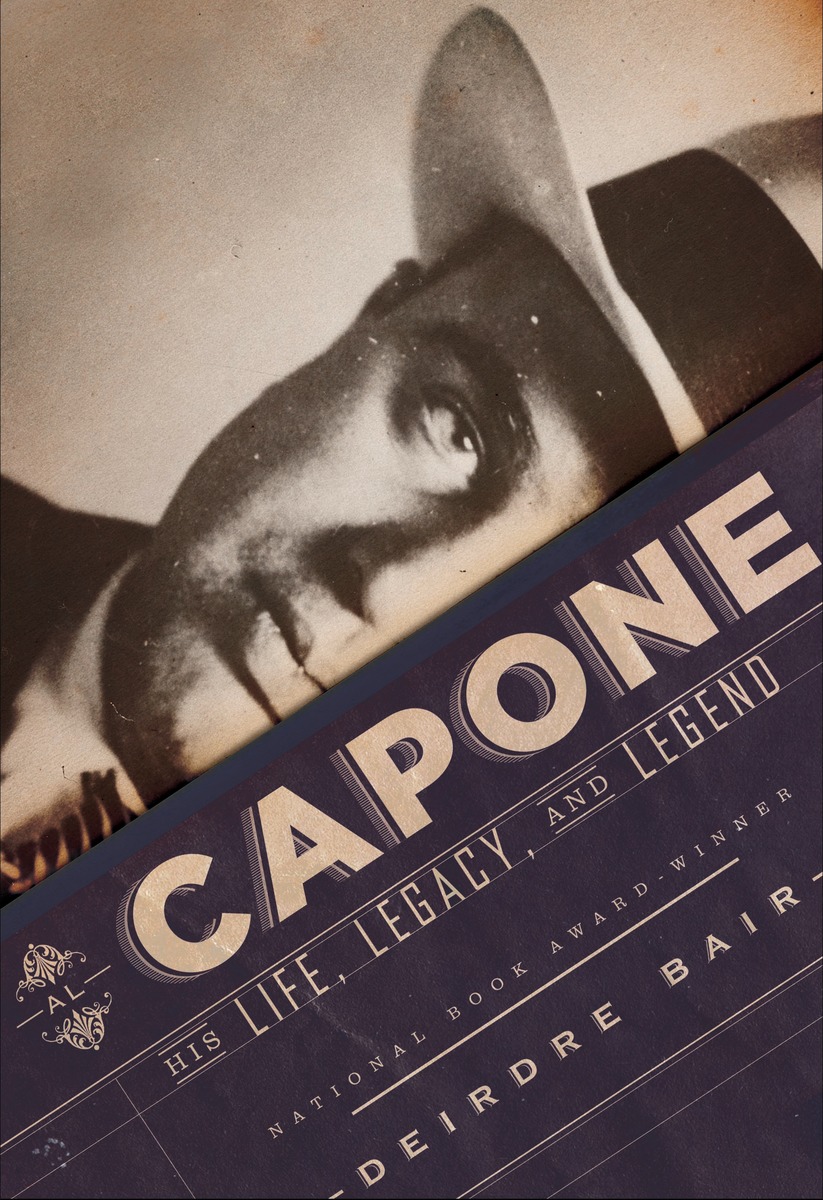 Al Capone: His Life, Legacy, and Legend by Deirdre Bair

From a National Book Award–winning biographer, the first complete life of legendary gangster Al Capone to be produced with the cooperation of his family, who provided the author with exclusive access to personal testimony and archival documents. 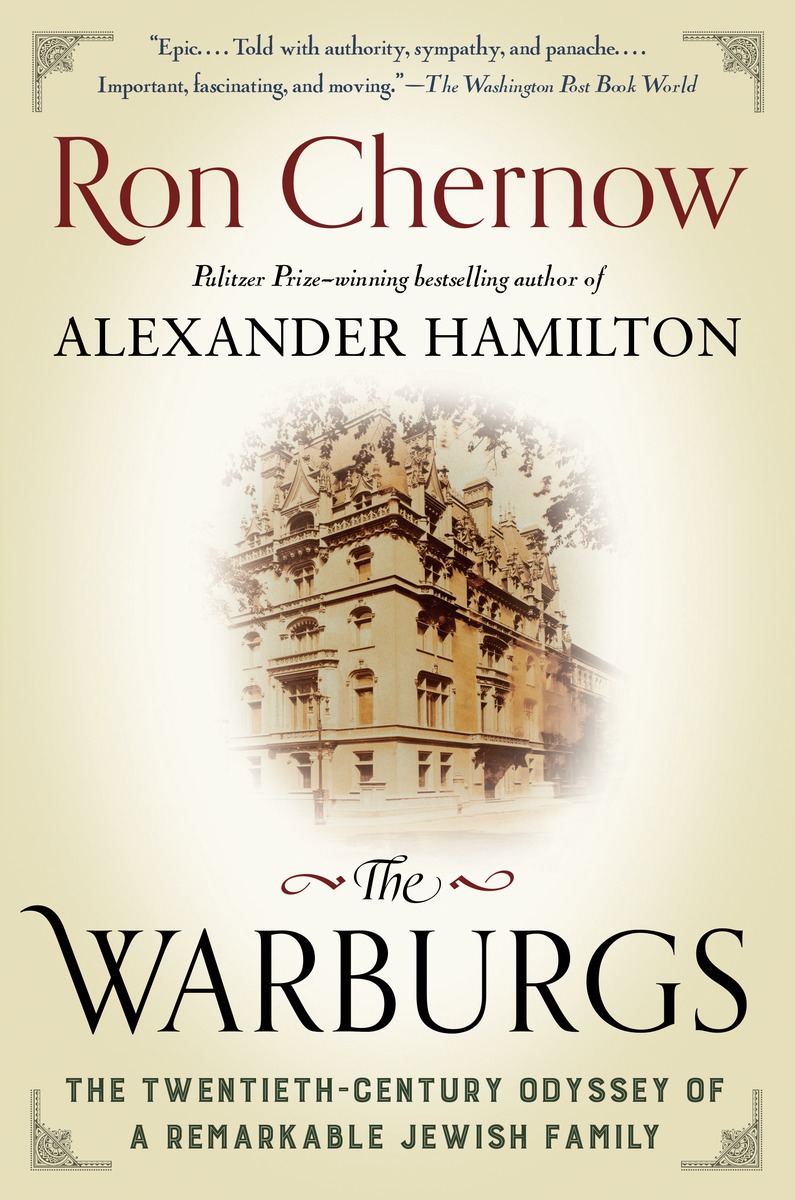 The Warburgs: The Twentieth-Century Odyssey of a Remarkable Jewish Family by Ron Chernow

Bankers, philanthropists, scholars, socialites, artists, and politicians, the Warburgs stood at the pinnacle of German Jewry. They forged economic dynasties, built mansions and estates, assembled libraries, endowed charities, and advised a German kaiser and two American presidents. But their very success made the Warburgs lightning rods for anti-Semitism, and their sense of patriotism became increasingly dangerous in a Germany that had declared Jews the enemy. 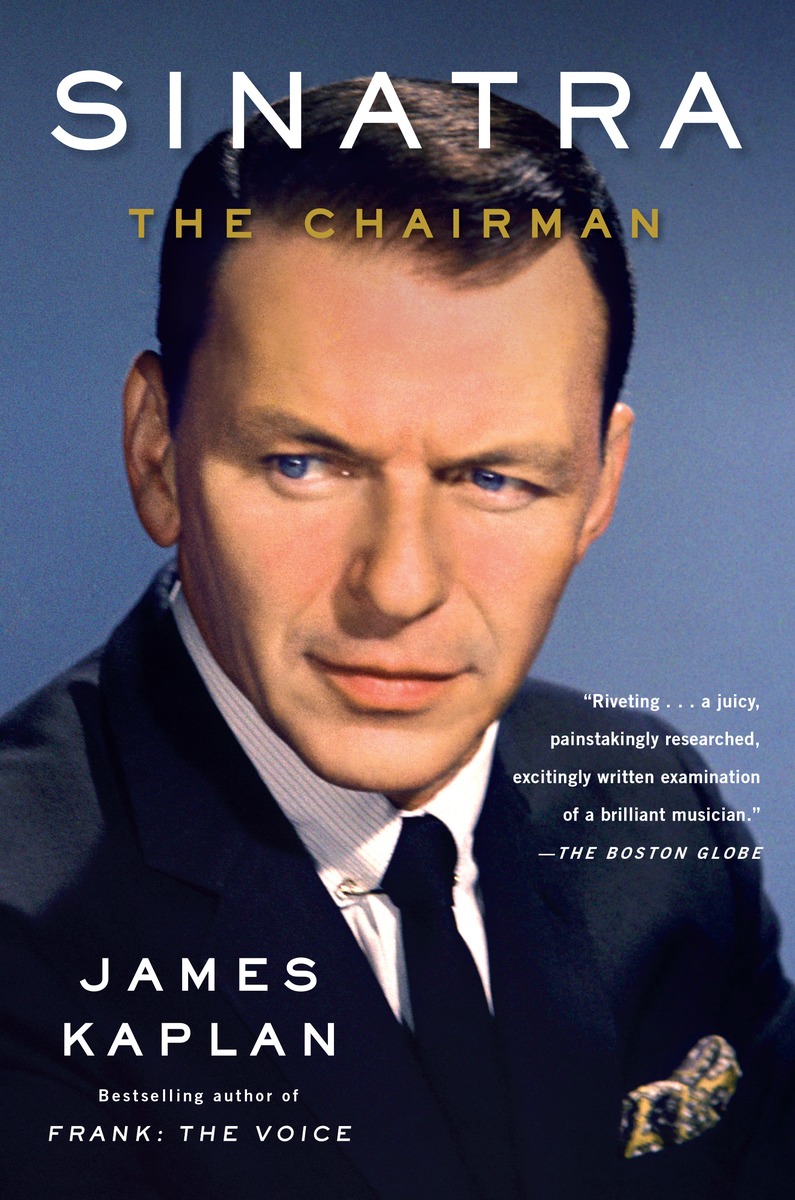 Sinatra: The Chairman by James Kaplan

The story of Frank Sinatra’s second act, Sinatra finds the Chairman on top of the world, riding high after an Oscar victory—and firmly reestablished as the top recording artist of his day. Following Sinatra from the mid-1950s to his death in 1998, Kaplan uncovers the man behind the myth, revealing by turns the peerless singer, the (sometimes) powerful actor, the business mogul, the tireless lover, and—of course—the close associate of the powerful and infamous.

Browse all of our gift guides: