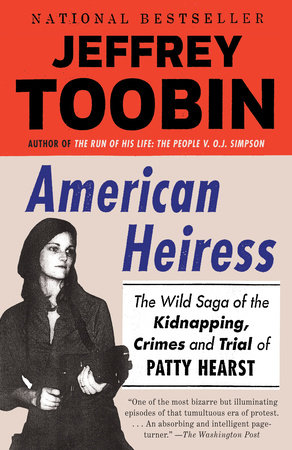 What makes a great true-crime book so compelling is far more than just the story it tells. The best narratives reveal how the culture influenced and reacted to the crime. Writers excavate the layers of the story, knitting together personal memories with public reports to reveal something about a specific historical period. Jeffrey Toobin’s book, American Heiress: The Wild Saga of the Kidnapping, Crimes and Trial of Patty Hearst gives us a glimpse into a strange time in America’s history. In the 1970s a group of rebels called the Symbionese Liberation Army kidnapped—and then converted—Patty Hearst, a college sophomore poised to come into a gigantic family fortune. Toobin takes the story that was splashed across the tabloids and investigates further, giving us the full picture of this improbable turn of events and the ways in which it touched the American psyche.

American Heiress is a star of its genre, but it’s in great company. We’ve pulled together a list of books written about famous true crimes that reveal the underbelly of their cultural moment. From Erik Larson’s Devil in the White City, the terrifying story of the Chicago World’s Fair murders, to the soon-to-be-published Killers of the Flower Moon by David Grann, which chronicles the murderous conspiracy that gave birth to the FBI, there’s something here that’s sure to raise the hairs on the back of your neck and give you a richer understanding of a moment in time.

“Toobin spins this complex chapter of recent history into an absorbing and intelligent page-turner.”—The Washington Post

From New Yorker staff writer and bestselling author of The Nine and The Run of His Life: The People v. O. J. Simpson, this is the definitive account of the kidnapping and trial that defined an insane era in American history. 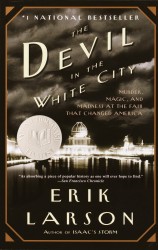 Devil in the White City by Erik Larson

Erik Larson intertwines the true tale of the 1893 World’s Fair and the cunning serial killer who used the fair to lure his victims to their deaths. Combining meticulous research with nail-biting storytelling, Erik Larson has crafted a narrative with all the wonder of newly discovered history and the thrills of the best fiction. 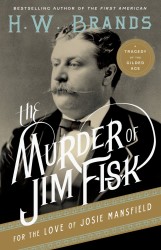 The Murder of Jim Fisk for the Love of Josie Mansfield by H.W. Brands

“Brands is masterly.” —The Economist 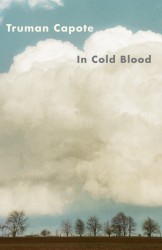 In Cold Blood by Truman Capote

On November 15, 1959, in the small town of Holcomb, Kansas, four members of the Clutter family were savagely murdered. In this work, Truman Capote reconstructs the murder and the investigation that led to the capture, trial, and execution of the killers, generating both mesmerizing suspense and astonishing empathy. 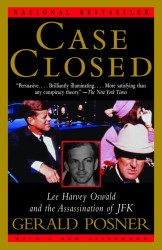 “Required reading for anyone interested in the American crime of the century.” —Newsday

A work of monumental research and overwhelming evidence, Case Closed restores the human drama to one of the watershed events in American history, and in the process answers the nagging riddle of how and why Lee Harvey Oswald killed JFK. 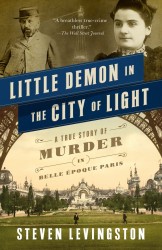 Little Demon in the City of Light by Steven Livingston

A delicious true-crime account of a murder most gallic—think CSI Paris meets Georges Simenon—whose lurid combination of sex, brutality, forensics, and hypnotism riveted first a nation and then the world. 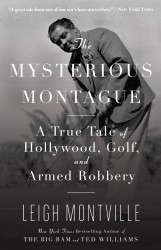 The Mysterious Montague by Leigh Montville

“A great tale from one of our era’s best storytellers.” —The New York Times

He was a 1930s golf legend and Hollywood trickster who adamantly refused to be photographed. He never played professionally yet sports-writing legend Grantland Rice still heralded him as “the greatest golfer in the world.” Then, in 1937, the secrets of John Montague’s past were exposed—leading to a sensational trial that captivated the nation. 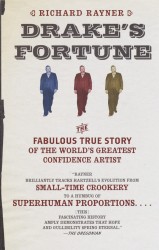 “A fascinating and poignant read.” —The News & Observer

As he recounts the tale of the Great Depression era confidence man Oscar Hartzell, Richard Rayner tells the larger history of cons in America. We have always had a soft spot for the crafty or larger-than-life swindler, and with Drake’s Fortune, Rayner offers a delightful portrait of a uniquely American character. 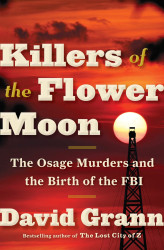 From New Yorker staff writer David Grann, number-one New York Times bestselling author of The Lost City of Z, a twisting, haunting true-life murder mystery about one of the most monstrous crimes in American history