Media Center: Jann Wenner Bio to Be Released in October 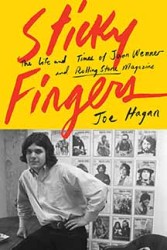 BOOK ON ROLLING STONE EDITOR
TO BE PUBLISHED BY KNOPF

NEW YORK, 22 May 2017 – Over the course of five decades, Jann Wenner has put an indelible stamp on American culture. As founding editor of Rolling Stone, Wenner and his trailblazing magazine came to embody the freewheeling excesses of the sixties, shaping and reporting on a countercultural narrative that still exists today. As a subject, however, Wenner has proved elusive, successfully avoiding the inquiries of biographers and resisting biography…until now. In Joe Hagan’s long-awaited bombshell – STICKY FINGERS: The Life and Times of Jann Wenner and Rolling Stone Magazine – Wenner opens up his personal and professional life to the scrutiny of a biographer journalist for the first time. STICKY FINGERS is based on Hagan’s extensive interviews with Wenner and on original source reporting, and it draws from Wenner’s vast archive of correspondence and rare documents, items that have never been made available to a journalist.

Hagan lays out the full breadth of Wenner’s life, from his ambitious youth in San Francisco and the uncertain first days of Rolling Stone, to his seismic rise as a 1970s kingmaker of rock and roll and a vainglorious and irascible media mogul of Manhattan. “Wenner possessed a unique vision,” said Hagan. “He had an intuitive grasp of how to connect the counterculture to the so-called straight world and convert this rude world of rock and dope into fame, power, and money. He knew there was money to be made from day one. As it turned out, there was millions.”

Wenner defined the woolly new rock culture by hiring some of the most significant critics of his generation, including Lester Bangs, Cameron Crowe, Jon Landau, Kurt Loder, and Greil Marcus. His eye for brilliant writers became legend, from Hunter S. Thompson and Tom Wolfe to P. J. O’Rourke and Matt Taibbi, making Rolling Stone synonymous with an irreverent and righteous new journalism. Above all, Jann Wenner understood the power of image-making to redefine stardom in America. He loosed the tempestuous talents of Annie Leibovitz in his magazine and made her into an icon.

Hagan also reports on the legendary excesses that have defined Rolling Stone, unearthing stunning revelations about the private lives and secret histories of the principals in Wenner’s orbit – among them Hunter S. Thompson, Annie Leibovitz, John Lennon, Mick Jagger, and a Hall-of-Fame cast of rock ‘n’ rollers. Many dramas at the heart of rock history, including feuds over money (Wenner with Lennon), confrontations over coverage (Wenner with Dylan), secret deals and pacts (Wenner with Jagger), epic infidelities and sex triangles (including love affairs that nearly destroyed Rolling Stone), stormy relationships that led to stunning betrayals, and near fatal drug overdoses, are told in these pages for the very first time.

Wenner’s marksmanship as an editor, his capacious understanding of the zeitgeist, his outsized ambition and ego, and his capacity for betrayal, are all on display in STICKY FINGERS. “Wenner has manufactured an unforgettable cultural mythology out of the stories and images he has brought to newsstands every other week for five decades,” said Hagan, “but there has been a cost to his success, including lost friendships.”

STICKY FINGERS gives readers a nuanced portrait of a man who helped define a generation, and provides an explosive chronicle of an era.

Hagan has written for Rolling Stone and also for New York, The Wall Street Journal, and many other publications. He has published long-form profiles and investigative exposés of some of the most significant figures and subjects of our time, including Hillary Clinton in her first post-Secretary of State interview, Karl Rove, the Bush family, Henry Kissinger, Dan Rather, Goldman Sachs, The New York Times, and Twitter.

Joe Hagan will be available for interviews in connection with the publication of STICKY FINGERS. 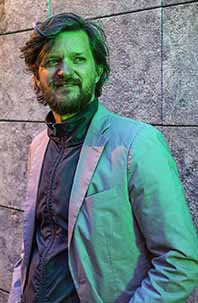