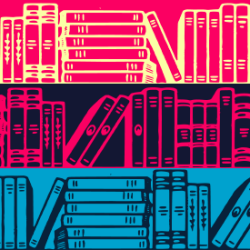 The critics loved them, they won awards, maybe you missed them, or you just haven’t had time to pick them up. These are the books that everyone is raving about and you know you should be reading.

Your friends at the Reading Group Center have compiled a list of titles that have won everything from the American Book Award to the Libris Award and were finalists for the Man Booker and the Pulitzer prizes. From an extraordinary portrait of a soldier fighting in World War I, to the harrowing account of a group of young Indian immigrants struggling to start anew, to a uniquely structured novel about art’s versatility, these are the books that should move to the top of your TBR pile.

Want to know what critically acclaimed novels you might be missing out on? Look no further.

War and Turpentine by Stefan Hertmans

The story of Urbain Martien lies con­tained in two notebooks he left behind when he died. In War and Turpentine, his grandson, a writer, retells his grandfather’s story, the notebooks providing a key to the locked chambers of Urbain’s memory.

But who is he, really? There is Urbain the child of a lowly church painter; Urbain the young man who narrowly escapes death in an iron foundry; Urbain the soldier; and Urbain the man, married to his true love’s sister, haunted by the war and his interrupted dreams of life as an artist. Wrestling with this tale, the grandson straddles past and present, searching for a way to understand his own part in both. As artfully rendered as a Renais­sance fresco, War and Turpentine paints an ex­traordinary portrait of a man, re­vealing how a single life can echo through the ages.

“Propulsive, moving, and haunted by questions about the costs of standing up for one’s beliefs.” —Viet Thanh Nguyen, Pulitzer Prize–winning author of The Sympathizer

Taipei, February 28, 1947: As an uprising rocks Taiwan, a young doctor is taken from his newborn daughter by Chinese Nationalists, on charges of speaking out against the government. Although he eventually returns to his family, his arrival is marked by alienation from his loved ones and paranoia among his community. Years later, this troubled past follows his youngest daughter to America, where, as a wife and a mother, she too is forced to decide between what is right and what might save her family—the same choice she witnessed her father make many years before. A stunningly lyrical story of a family and a nation grappling with the nuances of complicity and survival, Green Island raises the question: How far would you go for the ones you love?

The Year of the Runaways by Sunjeev Sahota

Shortlisted for the Man Booker Prize

“Deeply affecting. . . . No recent novel does a more powerful job of capturing the day-to-day lives of . . . immigrants.” —The New York Times

In the north of England, a group of young Indian immigrants struggle to begin something new—to support their families; to build their futures; to show their worth; to escape their pasts. An epic for our times, The Year of the Runaways is a stunning work of fiction that explores what it means and what it costs to make a new life, the capaciousness of the human spirit, and the power of humanity in the face of unspeakable suffering.

How to be both by Ali Smith

Passionate, compassionate, vitally inventive, and scrupulously playful, Ali Smith’s novels are like nothing else. Borrowing from painting’s fresco technique to make an original literary double-take, How to be both is a novel all about art’s versatility. It’s a fast-moving, genre-bending conversation between forms and times, truths and fictions. There’s a Renaissance artist of the 1460s. There’s the child of a child of the 1960s. Two tales of love and injustice twist into a singular yarn where time gets timeless, structural gets playful, knowing gets mysterious, fictional gets real—and all life’s givens get given a second chance.

These eight powerful stories, dazzling in their display of language and imagination, show a celebrated short-story writer and novelist grappling with the great questions of modern life.

From the title story, a provocative portrait of two marriages inspired by Raymond Carver’s masterpiece, to “Peep Show” and “How We Avenged the Blums,” two stories that return to the author’s classic themes of sexual longing and ingenuity in the face of adversity, these stories affirm Nathan Englander’s place at the very forefront of contemporary American fiction.

The Orenda by Joseph Boyden

Winner of the Libris Award — Fiction Book of the Year

“Magnificent. . . . An extraordinary work of art, savage and beautiful.” —The Washington Post

In the wilds of seventeenth-century North America, the lives of a Jesuit missionary, a young Iroquois girl, and a great warrior and elder statesman of the Huron Nation become entwined.

The Huron have battled the Iroquois for generations, but now both tribes face a new, more dangerous threat from another land. Uneasy alliances are made and unmade, cultures and beliefs clash in the face of precipitous change, and not everyone will survive the march of history. Joseph Boyden’s magisterial novel tells this story of blood and hope, suspicion and trust, hatred and love: a saga nearly four hundred years old—and now a timeless work of literature.

The Narrow Road to the Deep North by Richard Flanagan

Winner of the Man Booker Prize • A New York Times Notable Book • One of the Best Books of the Year: NPR • The Washington Post • Minneapolis Star Tribune • The Economist • The Seattle Times • Financial Times

“Elegantly wrought, measured, and without an ounce of melodrama, Flanagan’s novel is nothing short of a masterpiece.” —Financial Times

In The Narrow Road to the Deep North, Richard Flanagan displays the gifts that have made him one of the most acclaimed writers of contemporary fiction. Moving deftly from a Japanese POW camp to present-day Australia, from the experiences of Dorrigo Evans and his fellow prisoners to that of the Japanese guards, this savagely beautiful novel tells a story of the many forms of love and death, of war and truth, as one man comes of age, prospers, only to discover all that he has lost.