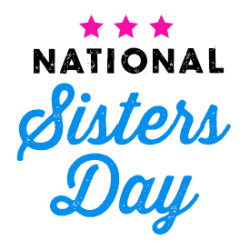 Those of us with sisters are all too aware of the complex dynamics that are constantly shifting in our relationships with them. One minute we can be arguing over a shirt that one of us “borrowed,” and the next minute we’re fiercely charging to one another’s defense. They are the people we turn to for advice, or to whom we offer our own (frequently unsolicited) guidance. Sisterly affairs are often fraught with competition, jealousy, and sometimes even resentment and hatred, while at other times they are filled with affection and support. To put it simply, sisters are complicated.

Today, on National Sisters Day, we celebrate the unique and oftentimes unbreakable bond between sisters with a list of books that explore the very nature of sisterhood from the likes of Chimamanda Ngozi Adichie, Julia Glass, and Jennifer Close, among many others.

“A gorgeous, pitiless account of love, violence and betrayal during the Biafran war.” —Time

Raised on their family’s Thoroughbred farm in Kentucky, Charlotte and Knox Bolling grow up steeped in the life cycles of the horses surrounding them. Despite their opposing natures, the connection between these two sisters is unbreakable, even when Charlotte abandons Four Corners Farm in favor of Manhattan. But a single day changes everything for Knox, and in order to confront the ways her sister defines her, she must leave the home she’s always known. A powerful story of love, duty, and family, Losing Charlotte reminds us that there are some bonds that cannot be broken.

The Smart One by Jennifer Close

“Wit and vibrant characters make The Smart One an engaging exploration of a thoroughly modern family dynamic.” —People

The Coffey siblings are having a rough year. Martha is thirty and working at J.Crew after a spectacular career flameout; Claire has broken up with her fiancé and locked herself in her New York apartment until her bank account looks as grim as her mood; and the baby of the family, Max, is dating a knockout classmate named Cleo and keeping a very big, very life-altering secret. The only solution—for all of them—is to move back home.

But things aren’t so easy the second time around, for them or for their mother, Weezy. Martha and Claire have regressed to fighting over the shared bathroom, Weezy can’t quite bring herself to stop planning Claire’s thwarted wedding, and Max and Cleo are exchanging secretive whispers in the basement.  Jennifer Close’s funny and tender novel is a story about the ways in which we never really grow up, and the people we turn to when things go drastically wrong: family.

“Chilling . . . . A powerful story of childhood friendship and sisterhood . . . . Dark and compelling.” —BookPage

The Tower Motel was once a thriving attraction of rural Vermont. Today it lies in disrepair, alive only in the memories of the three women—Amy, Piper, and Piper’s kid sister, Margot—who played there as children. They loved exploring the abandoned rooms . . . until the day their innocent games uncovered something dark and twisted that ruined their friendship forever.

Now Amy stands accused of committing a horrific crime, and the only hint to her motives is a hasty message that forces Piper and Margot to revisit the motel’s past, and the fate of two sisters who lived there in its heyday.  Sylvie Slater had dreams of running off to Hollywood and becoming Alfred Hitchcock’s leading lady, while her little sister, Rose, was content with their simple life. Each believed the other to be something truly monstrous, but only one knows the secret that will haunt the generations to come.

I See You Everywhere by Julia Glass

“Rich, intricate and alive with emotion . . . . An honest portrait of sister-love and sister-hate—interlocking, brave and forgiving—made whole through art.” —The New York Times Book Review

Louisa Jardine is the older one, the conscientious student, precise and careful: the one who yearns for a good marriage, an artistic career, a family. Clem, the archetypal youngest, is the rebel: committed to her work saving animals, but not to the men who fall for her. In this vivid, heartrending story of what we can and cannot do for those we love, the sisters grow closer as they move further apart. All told with sensual detail and deft characterization, I See You Everywhere is a candid story of life and death, companionship and sorrow, and the nature of sisterhood itself.

The Cranes Dance by Meg Howrey

“A page-turning narrative . . . . Howrey captures the intricacies of an ambitious and thwarted ballerina dealing with the weight of her younger sister’s success in the same field.” —Vogue.com

I threw my neck out in the middle of Swan Lake last night.

So begins the tale of Kate Crane, a soloist in a celebrated New York City ballet company who is struggling to keep her place in a very demanding world. At every turn she is haunted by her close relationship with her younger sister, Gwen, a fellow company dancer whose career quickly surpassed Kate’s, but who has recently suffered a breakdown and returned home.

Alone for the first time in her life, Kate is anxious and full of guilt about the role she may have played in her sister’s collapse.  As we follow her on an insider tour of rehearsals, performances, and partners onstage and off, she confronts the tangle of love, jealousy, pride, and obsession that are beginning to fracture her own sanity. Funny, dark, intimate, and unflinchingly honest, The Cranes Dance is a book that pulls back the curtains to reveal the private lives of dancers and explores the complicated bond between sisters.

“Masterly. . . . At once beautiful, informative, and disturbing . . . [with] stylish prose, taut plotting and dark psychology.” —The Washington Post Book

Born into a long line of distinguished lepidopterists, scientists who study moths and butterflies, Ginny and Vivien grew up in a sprawling Victorian home. Forty-seven years later, Ginny lives there alone, tending to her moths and obsessions amid the ghosts of her past.

But when her sister Vivien returns to the crumbling family mansion, dark, unspoken secrets rise, disrupting Ginny’s ordered life and threatening the family’s fragile peace. Told in Ginny’s unforgettable voice, this debut novel tells a disquieting story of two sisters and the ties that bind—sometimes a little too tightly.

While My Sister Sleeps by Barbara Delinsky

“Delinsky is a first-rate storyteller who creates believable, sympathetic characters who seem as familiar as your neighbors.” —The Boston Globe

Once again New York Times bestselling author Barbara Delinsky brings us a masterful family portrait, filled with thought-provoking insights into how emotions affect the decisions we make and how letting go can be the hardest thing to do and the greatest expression of love all at the same time.

Molly and Robin Snow are sisters in the prime of life. So when Molly receives the news that Robin has suffered a massive heart attack, the news couldn’t be more shocking. At the hospital, the Snow family receives a grim prognosis: Robin may never regain consciousness. Feelings of guilt and jealousy flare up as Robin’s family struggles to cope. It’s up to Molly to make the tough decisions, and she soon makes discoveries that shatter some of her most cherished beliefs about the sister she thought she knew.