Media Center: ‘Stay with Me’ by Ayobami Adebayo 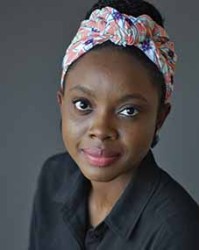 WHAT: STAY WITH ME, a novel

WHERE: The author lives in Nigeria.

WHY: “An emotionally powerful first novel.
Adebayo’s work makes a blazing entry onto the list of young, talented writers from Nigeria. Readers who pick up this debut novel will not put it down until they’ve finished.” —Sally Bissell,
in a starred review for LIBRARY JOURNAL

“Adebayo describes parenthood and love with heartbreaking prose. She deftly reveals secrets and the decisions that set life-altering events in motion.” –Laura Chanoux, in a starred review for BOOKLIST

“This debut marks the emergence of a fine young writer.
Set against a backdrop of student protests, a presidential assassination, and a military coup, Adebayo’s novel captures how the turmoil of Nigerian life in the 1980s and ’90s seeps into the most personal of decisions.” –KIRKUS REVIEWS

“Tender and satisfying.
“Adebayo explores the toll the intense pressure to have children exacts on one Nigerian couple across two decades.
“Akin’s large family disrupts his and Yejide’s happy but childless marriage by forcing him into a polygamous marriage without his wife’s knowledge. This betrayal and a last-ditch visit to a holy man convince Yejide that she is pregnant and she begins a year-long psychosomatic pregnancy. Just when she finally accepts that there will be no child, Akin’s brother Dotun seduces and impregnates her. The child is eagerly welcomed as Akin’s own, especially by his imposing mother. The happiness ends abruptly with the seemingly accidental death of Akin’s second wife. As subsequent traumas multiply between the couple, Adebayo slowly reveals their unspoken shame by having both narrate chapters covering the same events. Yejide’s strong ache to be a mother and her frustration with traditional Yoruba culture make her a complex character. Adebayo shows great promise in her debut novel. Her methodical exposure of her characters’ secrets forces the reader into continual reevaluations and culminates in a tender, satisfying conclusion.” –PUBLISHERS WEEKLY, starred review 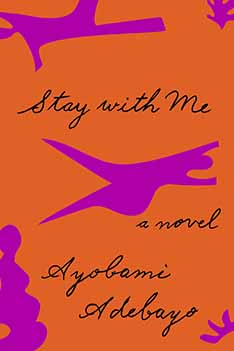