7 Books to Read Around the Campfire 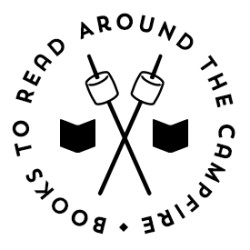 There’s nothing quite like escaping the city and heading out into the woods. Whether you’re roughing it on the Pacific Crest Trail, car camping, glamping, or just dreaming of nature from your fire escape, these books will bring you closer to the outdoors and are worth the extra weight in your backpack. Pull up a log by the campfire, break out the s’mores, and leave civilization behind.

“One of the most original, heartbreaking, and beautiful American memoirs in years. . . . Awe-inspiring.” —NPR

At twenty-two, Cheryl Strayed thought she had lost everything. In the wake of her mother’s death, her family scattered and her own marriage was soon destroyed. Four years later, with nothing more to lose, she made the most impulsive decision of her life. With no experience or training, driven only by blind will, she would hike more than a thousand miles of the Pacific Crest Trail from the Mojave Desert through California and Oregon to Washington State—and she would do it alone. Told with suspense and style, sparkling with warmth and humor, Wild powerfully captures the terrors and pleasures of one young woman forging ahead against all odds on a journey that maddened, strengthened, and ultimately healed her.

“Bryson is a very funny writer who could wring humor from a clammy sleeping bag.” —The Philadelphia Inquirer

The Call of the Wild and White Fang by Jack London

Jack London’s two most beloved tales of survival in Alaska were inspired by his experiences in the Yukon during the Klondike Gold Rush. Both novels grippingly dramatize the harshness of the natural world and what lies beneath the thin veneer of human civilization.

The canine hero of The Call of the Wild is Buck, a pampered pet in California who is stolen and forced to be a sled dog in the Alaskan wilderness. There he suffers from the brutal extremes of nature and equally brutal treatment by a series of masters, until he learns to heed his long-buried instincts and turn his back on civilization. White Fang charts the reverse journey, as a fierce wolf-dog hybrid born in the wild is eventually tamed. White Fang is adopted as a cub by a band of Indians, but when their dogs reject him he grows up violent, defensive, and dangerous. Traded to a man who stages fights, he is forced to face dogs, wolves, and lynxes in gruesome battles to the death, until he is rescued by a gold miner who sets out to earn his trust.

“Rhodes has managed to do for Audubon what Audubon did for birds . . . in this splendid biography Rhodes has produced nothing less than a portrait of the United States in its formative years.”
—The New York Times Book Review

John James Audubon came to America as a dapper eighteen-year-old eager to make his fortune. He had a talent for drawing and an interest in birds, and he would spend the next thirty-five years traveling to the remotest regions of his new country—often alone and on foo—to render his avian subjects on paper. The works of art he created gave the world its idea of America. They gave America its idea of itself.

Here Richard Rhodes vividly depicts Audubon’s life and career: his epic wanderings; his quest to portray birds in a lifelike way; his long, anguished separations from his adored wife; his ambivalent witness to the vanishing of the wilderness. John James Audubon: The Making of an American is a magnificent achievement.

“[Thoreau] says so many pithy and brilliant things, and offers so many piquant, and, we may add, so many just, comments on society as it is, that this book is well worth the reading, both for its actual contents and its suggestive capacity.” —A. P. Peabody, North American Review, 1854

Henry David Thoreau’s account of his adventure in self-reliance on the shores of a pond in Massachusetts—part social experiment, part spiritual quest—is an enduringly influential American classic.

In 1845, Thoreau began building a cabin at Walden Pond near Concord, Massachusetts. The inspiring and lyrical book that resulted is both a record of the two years Thoreau spent in withdrawal from society and a declaration of personal independence. By virtue of its casual, offhandedly brilliant wisdom and the easy splendor of its nature writing, Thoreau’s account of his immersion in solitude has become a signpost for the modern mind in an increasingly bewildering world.

Also included in this edition is Thoreau’s famous essay, “Civil Disobedience,” inspired by his antiwar and antislavery sentiments, which has influenced nonviolent resistance movements around the world ever since.

The Stranger in the Woods by Michael Finkel

“Campfire-friendly and thermos-ready, easily drained in one warm, rummy slug. . . . Raises a variety of profound questions—about the role of solitude, about the value of suffering, about the diversity of human needs.” —Jennifer Senior, The New York Times

Many people dream of escaping modern life, but most will never act on it. This is the remarkable true story of a man who lived alone in the woods of Maine for twenty-seven years, making this dream a reality—not out of anger at the world, but simply because he preferred to live on his own.

In 1986, a shy and intelligent twenty-year-old named Christopher Knight left his home in Massachusetts, drove to Maine, and disappeared into the forest. He would not have a conversation with another human being until nearly three decades later, when he was arrested for stealing food. Living in a tent even through brutal winters, he had survived by his wits and courage, developing ingenious ways to store edibles and water, and to avoid freezing to death. He broke into nearby cottages for food, clothing, reading material, and other provisions, taking only what he needed but terrifying a community never able to solve the mysterious burglaries. Based on extensive interviews with Knight himself, this is a vividly detailed account of his secluded life—why did he leave? what did he learn?—as well as the challenges he has faced since returning to the world. It is a gripping story of survival that asks fundamental questions about solitude, community, and what makes a good life, and a deeply moving portrait of a man who was determined to live his own way, and succeeded.

The Invention of Nature by Andrea Wulf

“Wild and exciting. . . .Wulf’s pulsating account brings this dazzling figure back into a dazzling, much-deserved focus.” —The Boston Globe

Alexander von Humboldt (1769—1859) was the most famous scientist of his age, a visionary German naturalist and polymath whose discoveries forever changed the way we understand the natural world. Among his most revolutionary ideas was a radical conception of nature as a complex and interconnected global force that does not exist for the use of humankind alone. In North America, Humboldt’s name still graces towns, counties, parks, bays, lakes, mountains, and a river. And yet the man has been all but forgotten.

In this illuminating biography, Andrea Wulf brings Humboldt’s extraordinary life back into focus: his prediction of human-induced climate change; his daring expeditions to the highest peaks of South America and to the anthrax-infected steppes of Siberia; his relationships with iconic figures, including Simón Bolívar and Thomas Jefferson; and the lasting influence of his writings on Darwin, Wordsworth, Goethe, Muir, Thoreau, and many others. Brilliantly researched and stunningly written, The Invention of Nature reveals the myriad ways in which Humboldt’s ideas form the foundation of modern environmentalism—and reminds us why they are as prescient and vital as ever.