Holly FitzGerald’s Adventure of a Lifetime 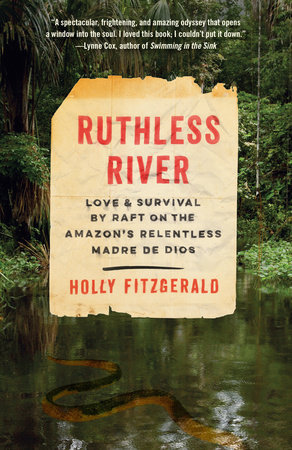 Many people dream of embarking on some kind of life-changing adventure, but there are few who return from these experiences with a story like the one Holly Fitzgerald recounts in Ruthless River. After their wedding, Holly and her husband, Fitz, choose to spend their honeymoon traveling the world. But after four months of fun and exploration in South America, the young couple’s trip takes a dramatic turn when their plane crash-lands in a Peruvian penal colony. Stranded and desperate to get their journey back on track, they take the advice of several locals to build a raft and ride the current of the Madre de Dios to their next destination. What follows is one of the greatest survival stories that you are ever likely to read.

Luckily for us readers, Holly documented their travels with her trusty camera, and the photographs that she captured are nothing short of astounding. Keep reading for a small glimpse into the couple’s experiences before diving into Ruthless River with your book club. 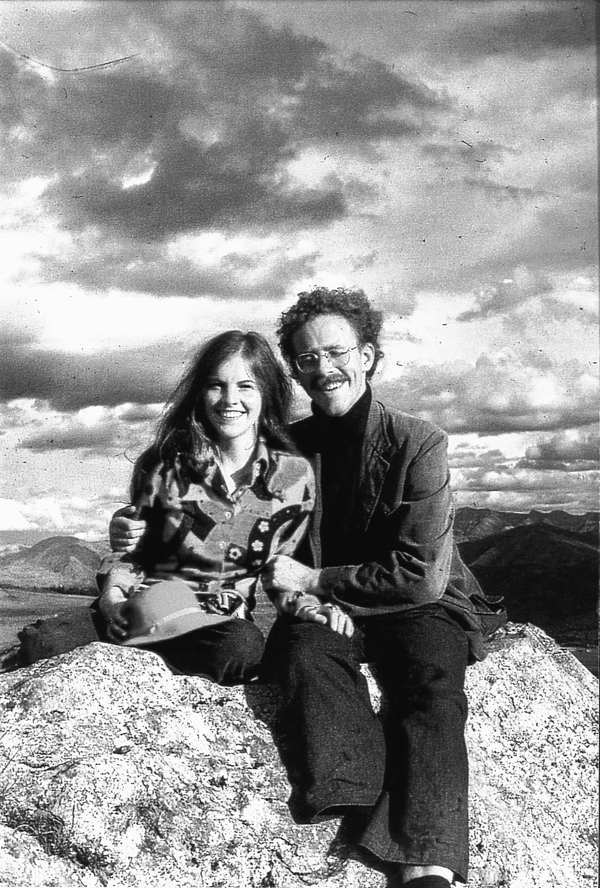 “The idea was for readers to follow a young local married couple’s low-budget trip across the globe. I was documenting our travels in my journal and with my 35mm Pentax, supplying photos for Fitz’s readers. We’d already spent four months in South America, carefree, still craving adventure.” (p. 9) 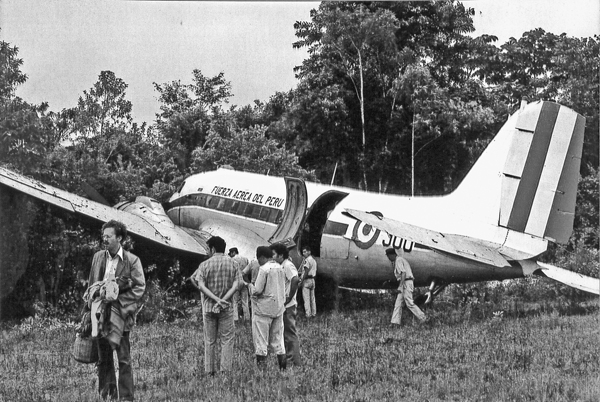 “When I turned to Fitz behind me, I caught full view of the aircraft. The right wheel had, indeed, snapped off. The rear landing gear, twisted sideways, was bent nearly perpendicular to the ground. The entire right wing, with engine, had sheared off when the plane smashed into the forest, chewing trees like celery. It lay on the ground, an amputated limb. . . . I pulled out my camera. “Pronounce our raft’s new name and smash the bottle on the raft; it should be easy. . . . Fitz held the camera to catch the moment. ‘Okay, Hol!’ he urged.

I wound up my arm and, with all the strength I had in me, swung the cord tied to the bottle as I called out the raft’s name.

‘Ooooh,’ I heard the villagers lament, like a Greek chorus on the bank and on the raft. Then silence swelled around me as the bottle disappeared, swallowed by the murky river.

‘It didn’t break!’ I cried, slapping my hands to my face, feeling responsible for any bad luck that might result from the unbroken bottle. . . . I told myself that christening bottles that didn’t break were like cracked mirrors and spilled salt, black cats crossing your path: I didn’t believe in them.” (pp. 78–79) 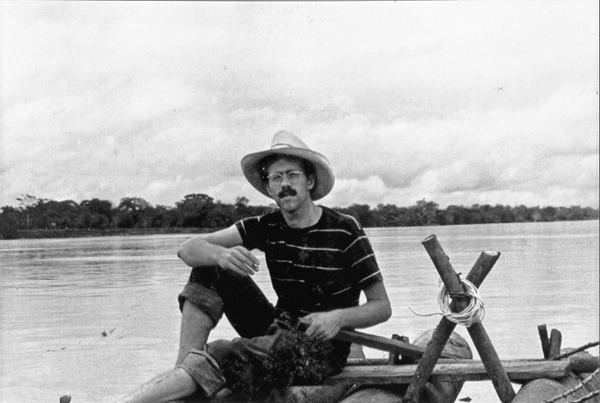 “I smiled at Fitz and he grinned back. We’d done it! We were actually floating down the Madre on our jungle queen headed for the Amazon. We joked about which of us was Huck Finn. We both wore straw hats, but Fitz was comandante. . . . We bantered for hours now that we had nothing else to do. I teased Fitz, the ‘comandante,’ and he teased me about ‘su casa.’ I took photos of him at the helm, wearing his straw hat, navy-blue-and-white-striped shirt, and jeans—my river boy.” (p. 83) 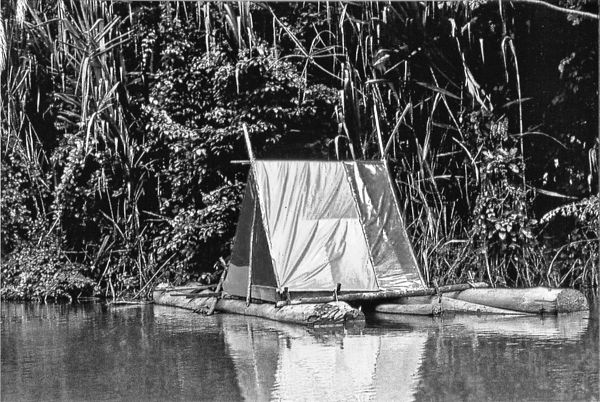 “Gaping toward the bend, I hoped to see the channel widen to open river. Then came the kick in the stomach—there was nothing ahead but a wall of green jungle flooded by lethargic brown water. The channel we had been following went no farther. Last night’s storm had pushed us down a river to nowhere. . . . My eyes quickly shifted over the landscape. There was no opening where the channel sliced through the trees to reach the Madre de Dios. . . . How could we possibly escape? A raft only goes one way, and we had run out of river. . . . Fitz broke the silence between us, suddenly shouting, ‘¡Socorro! ¡Socorro! ¡Socorro!’

Birds ceased their chatter at this strange, loud wailing. The air itself seemed to empty. Soon I began to shout, ‘¡Socorro!’ too, more in solidarity than with any belief that anyone might hear us.