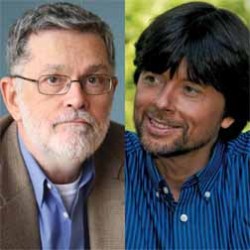 WHAT: THE VIETNAM WAR
An Intimate History

WHERE: Companion book to
the 10-Part PBS series airing across America

WHY: “Vivid, affecting,
definitive, and essential.
“In their new ‘intimate’ yet capacious history, the award-winning, audience-enthralling duo of historian and screenwriter Ward and documentarian extraordinaire Burns investigate the complex, divisive, and tragic Vietnam War from a unique plurality of perspectives. The consistently lucid, flowing, and dramatic narrative begins with French colonial rule in Indochina, then marches forward through every phase of Vietnam’s struggle for independence, the international intervention that divided the country, the ensuing civil war, and the Cold War–instigated, ultimately catastrophic American embroilment over four administrations.
“With the combined impact of robustly detailed writing and more than 500 staggering photographs, Ward and Burns thoroughly chronicle horrific combat and relentless bombing missions, the mass deployment of napalm and Agent Orange, the suffering and death of civilians, the resiliency of North Vietnamese forces, and the powerful antiwar movement. The eye-opening stories of key public figures, from Ho Chi Minh and Ngo Dinh Diem to Lyndon Johnson and Richard Nixon, are matched by those of ‘ordinary’ people, including American and South and North Vietnamese soldiers and their families; an American doctor POW; a woman field nurse; a young, long-separated North Vietnamese couple; antiwar activists, including war veterans; and Vietnamese refugees.
“With reflections by prominent journalists and writers, including Philip Caputo and Viet Thanh Nguyen, this is a vivid, affecting, definitive, and essential illustrated history.”
–Donna Seaman, in a starred review for BOOKLIST 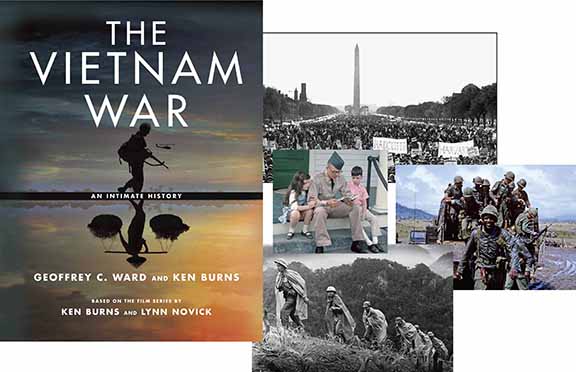