Recipe by the Book: Chicken Curry for Victoria & Abdul

Now a major motion picture, Victoria & Abdul tells the true story of Queen Victoria’s unlikely friendship with Abdul Karim. Brought over as part of a larger Indian delegation to celebrate the Golden Jubilee, Abdul caught the Queen’s eye and quickly rose through the court as a powerful figure. Despite the umbrage of the royal household and threats of revolt, Abdul advised the Queen on Indian affairs and taught her about the country she ruled from afar. His stories, Urdu lessons, and cooking allowed the Queen to immerse herself in the foreign culture and led him to become her dearest companion. The friendship between Queen Victoria and Abdul Karim has been a closely guarded secret for more than a hundred years, until now. Dive in with your book group and explore this scandal-fraught period of English history. 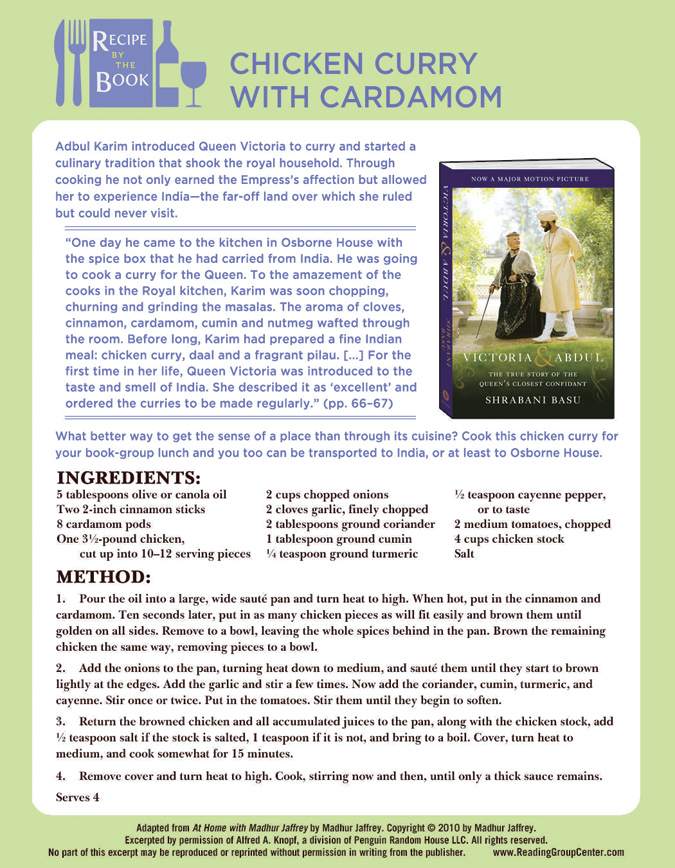