Peter Heller on the Woman Who Inspired Celine 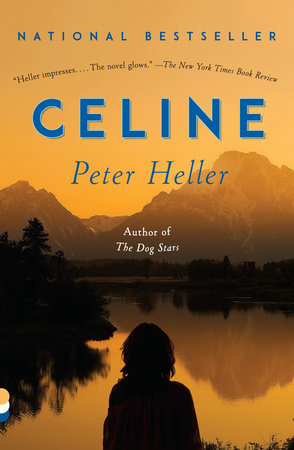 When we read Peter Heller’s Celine we were captivated by his quirky, gun-toting, blue-blooded private investigator who specializes in reuniting estranged families. She’s unlike Adam Dalgliesh, Harry Hole, Veronica Mars, or any other crime solver we’ve come to know. She is one-of-a-kind, surprising, and all the more intriguing because of it. We asked Peter Heller to tell us about his inspiration for this compelling character and we were deeply moved by what he shared.

The secret of Celine is that it is about my mother. She died a few years ago and I think I wanted to hang out with her for another year while I wrote the book, and so I wrote Mom as closely as I could. I gave the character my mother’s family history and most of her backstory.

Like Celine—the intrepid and elegant private eye of the novel—Caroline Watkins Heller was born in Paris before World War II. Her father, Harry Watkins, was a partner at J.P. Morgan, helping to run the Paris office of the venerable bank. He was married to Barbara Cheney, my grandmother, whom we all called Baboo, and he had three little daughters. Mom was six when the Germans advanced on Paris, and Harry sent his family back to the States on an ocean liner a couple of months before the Nazis entered the city. He himself escaped just as they swept in—and just the way described in the book: swapping his beloved Hispano Suiza for a bicycle because the roads were too clogged to drive.

So Mom got to Manhattan speaking only French, and Baboo said that throughout the war all she wanted to do was go back to Paris and fight in the French Resistance. At seven, and eight, and nine. Imagine. And that she would go around Manhattan and listen to people talking and try to decide who was a Nazi spy. So, like Celine, she had this Special Ops bent very early on. 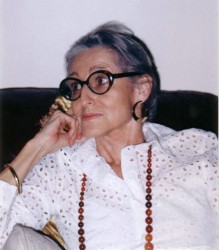 Like Celine, she grew up and went to college and was an accomplished artist, and very soon after graduating she got married, and soon after that, she had me. I guess I probably quashed her dreams of being in the CIA. But maybe not. She used to disappear for weeks at a time. And like Celine, the skills that she was acquiring along the way would be revealed in surprising ways. The shooting scene in Hailey, Idaho, actually happened as written.

Celine/Caro began working for a detective agency and got her PI license. And was almost immediately contacted by the FBI, as in the book. Mom really did track down the perpetrator of a large bank fraud in southern Connecticut, and spied on him with her opera glasses, and engaged in a car chase in her old Volvo. And brought him in. And like Celine, when the special agents put the cuffs on him, his face was so heartbroken she never wanted to see it again. So she and her second husband, Pete Beveridge, focused their prodigious investigative skills on finding missing people and reuniting birth families. Working mostly pro bono, they brought over a hundred shattered families back together.

Pete, the Quiet American, is so closely written that I didn’t even change his name. I sent him the manuscript before the book was published. A few days later he called me. “I have two criticisms,” he said. I sat up. Pete doesn’t say much, and when he does, one listens. “One, the scene at that camp on Jackson Lake: Your mother never would have gone out to meet the assassin in her bathrobe, with her cup of coffee and Glock, without putting on full face.” Whew, I thought. I can fix that. “Two,” he said, “she never took my arm. We always held hands.”

And so in writing Celine, and in hewing so closely to my mother—in the way she talked, and thought, and saw the world; in her generosity and moral courage—I became very close to Caroline Watkins Heller. In my grief at her passing, I had the wonderful opportunity to get to know her in a way I never had before, and to celebrate her, and to feel even more grateful. 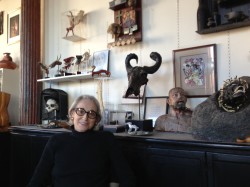 (Photos courtesy of the author)