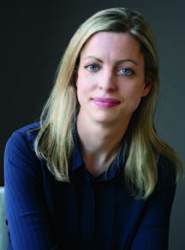 WHAT: ONLY CHILD, a novel

WHY: “A heart-wrenching debut.
“Things were bad enough in the Taylor household even before unthinkable tragedy struck. Before Andy Taylor was gunned down at his elementary school, he was afflicted by oppositional defiant disorder, which leads to violent tempers, and Dad had been having an affair with a neighbor. Now that Andy is gone, one of 19 confirmed dead in the attack, his family, including Andy’s younger brother, Zach, are understandably having difficulty coping with the aftermath of searing loss.
“First-grader Zach narrates Navin’s heart-wrenching debut, and his innocent voice effectively grounds the story. He watches as his mother launches a mission in pursuit of justice, and as his parents grow increasingly distant from each other. As Zach struggles to make sense of the increasing ‘thunderstorms’ between Mom and Dad, leaning on the Magic Tree House books and the Hulk to give him some perspective, Navin adds layers of complexity.
“Navin explores the intersection between violence and mental illness in this important and timely book.” –Poornima Apte, BOOKLIST

“A tough, topical story with a hopeful conclusion.”
–Christine DeZelar-Tiedman, in a starred review for LIBRARY JOURNAL

“A powerful exercise in empathy and perspective.” –KIRKUS REVIEWS

The thing I later remembered the most about the day the gunman came was my teacher Miss Russell’s breath. It was hot and smelled like coffee. The closet was dark except for a little light that was coming in through the crack of the door that Miss Russell was holding shut from inside. There was no door handle on the inside, only a loose metal piece, and she pulled it in with her thumb and pointer finger.

I didn’t. Even though I was sitting on my left foot and it was giving me pins and needles and it hurt a lot.

Miss Russell’s coffee breath touched my cheek when she talked, and it bothered me a little. Her fingers were shaking on the metal piece. She had to talk to Evangeline and David and Emma a lot behind me in the closet, because they were crying and were not being completely still.

“I’m here with you guys,” Miss Russell said. “I’m protecting you. Shhhhhhh, please be quiet.” We kept hearing the POP sounds outside. And screaming. 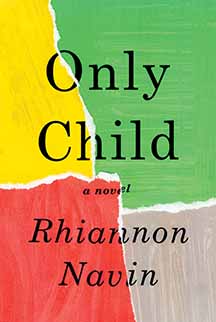