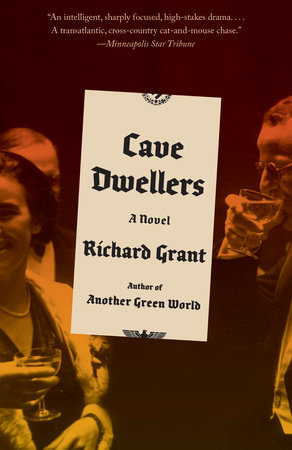 Richard Grant’s Cave Dwellers is a historical thriller about a last-ditch attempt by the German elite to unseat Adolf Hitler and the catastrophic consequences that follow. This high-stakes story resides in the ever-popular genre of alternate histories of World War II. It’s a fascinating read to tackle with your book club before you immerse yourself in the many movies and TV shows that exist in the same space. We’ve put together a list of just a few of our favorite WWII alternate histories below!

With an all-star cast that includes Brad Pitt and Christoph Waltz, and with Quentin Tarantino at the helm, this movie is not to be missed. It tells the story of two plots, one concocted by a group of Jewish American soldiers and the other by a young Jewish woman with a painful past, to assassinate several leaders of Nazi Germany.

The Man in the High Castle

In this award-winning TV show, the creators ask the question: What would life in North America look like if the Nazis had won the war? Based on the novel of the same name by Philip K. Dick, this series is sure to capture your imagination.

Starring Tom Cruise, Valkyrie dramatizes a real-life plot by German army officers to assassinate Hitler and stage a political coup in 1944. With a premise like that, it’s hard to go wrong.

Based on a novel by Robert Harris, Fatherland is a TV film that also imagines a world in which the Nazis prevailed in WWII and took control of Europe. The story kicks off thirty years after their victory in a country now known as Germania.