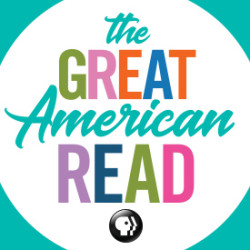 Fellow readers, the time has come to choose America’s favorite book! This year PBS is launching a months-long campaign to celebrate the wonder of reading and ultimately crown America’s best-loved novel. Choosing from a list of one hundred titles—including everything from Pride and Prejudice to Fifty Shades of Grey—will be a challenge, but we know you’re up to the task.

Today, we’re taking a closer look at a few of the nominees.

(Voting for The Great American Read series has wrapped up. Click here to see the results.)

Ifemelu and Obinze are young and in love when they depart military-ruled Nigeria for the West. Beautiful, self-assured Ifemelu heads for America, where despite her academic success, she is forced to grapple with what it means to be black for the first time. Quiet, thoughtful Obinze had hoped to join her, but with post-9/11 America closed to him, he instead plunges into a dangerous, undocumented life in London. Fifteen years later, they reunite in a newly democratic Nigeria, and reignite their passion—for each other and for their homeland.

Another Country by James Baldwin

Set in Greenwich Village, Harlem, and France, among other locales, Another Country is a novel of passions—sexual, racial, political, artistic—that is stunning for its emotional intensity and haunting sensuality, depicting men and women, blacks and whites, stripped of their masks of gender and race by love and hatred at the most elemental and sublime.

More on PBS.org | Buy the book

“In a class by itself.” —Entertainment Weekly

When literature student Anastasia Steele goes to interview young entrepreneur Christian Grey, she encounters a man who is beautiful, brilliant, and intimidating. The unworldly, innocent Ana is startled to realize she wants this man and, despite his enigmatic reserve, finds she is desperate to get close to him. Unable to resist Ana’s quiet beauty, wit, and independent spirit, Grey admits he wants her, too—but on his own terms.

The Stand by Stephen King

“[For] those who like their horror on a humongous scale.” —Los Angeles Times

A patient escapes from a biological testing facility, unknowingly carrying a deadly weapon: a mutated strain of super-flu that will wipe out 99 percent of the world’s population within a few weeks. Those who remain are scared, bewildered, and in need of a leader. Two emerge—Mother Abagail, the benevolent 108-year-old woman who urges them to build a peaceful community in Boulder, Colorado; and Randall Flagg, the nefarious “Dark Man,” who delights in chaos and violence. As the dark man and the peaceful woman gather power, the survivors will have to choose between them—and ultimately decide the fate of all humanity.

Read an excerpt | More on PBS.org | Buy the book

War and Peace by Leo Tolstoy

“Pevear and Volokhonsky’s new translation gives us new access to the spirit and order of the book.” —James Wood, The New Yorker

War and Peace broadly focuses on Napoleon’s invasion of Russia in 1812 and follows three of the most well-known characters in literature: Pierre Bezukhov, the illegitimate son of a count who is fighting for his inheritance and yearning for spiritual fulfillment; Prince Andrei Bolkonsky, who leaves his family behind to fight in the war against Napoleon; and Natasha Rostov, the beautiful young daughter of a nobleman who intrigues both men.

A s Napoleon’s army invades, Tolstoy brilliantly follows characters from diverse backgrounds—peasants and nobility, civilians and soldiers—as they struggle with the problems unique to their era, their history, and their culture. And as the novel progresses, these characters transcend their specificity, becoming some of the most moving—and human—figures in world literature.