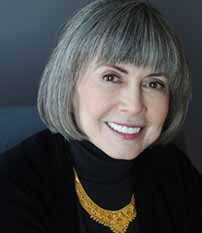 WHAT: BLOOD COMMUNION,
a tale of Prince Lestat

WHY: “This is Anne Rice at her best.
“Full of blood-drinker mythology and complicated interpersonal relationships…Devoted fans will devour this, as there are numerous nuggets about minor characters, and new readers can use this volume as a launching point to explore the series and characters.” –Tina Panik, in a starred review for Library Journal

“The latest thrilling installment of the Vampire Chronicles.
“The so-called Brat Prince returns to his kingdom after the events chronicled in Prince Lestat and the Realms of Atlantis, but all is not well…
“Lestat is riding high as a strong ruler of the court as his brood flourishes under his domain. But not everyone is happy with Lestat’s control. An ancient vampire named Rhoshamandes has always despised the court and was only allowed to live through Lestat’s mercy. When Rhoshamandes’ life crumbles, he seeks to enact revenge on Lestat, kicking off a series of events that will terrorize the confident prince and shake up his rule.
“Rice’s latest thrilling installment of the Vampire Chronicles, a ‘memoir’ written by Lestat himself, shows a different side of the prince. The always-cocky vampire faces personal grief and tough decisions that will affect his court for decades. It’s his queer- friendly family of advisors and friends that give him the strength to move on and rebuild his decadent empire.
“Readers will enjoy this new perspective on Rice’s series and will talk about it well after the last page. This latest incarnation of Rice’s seemingly immortal and unceasingly popular Vampire Chronicles is right in sync with today’s issues and will be a title of desire for myriad fans.” –Amy Dittmeier, BOOKLIST

I’m the vampire Lestat. I’m six feet tall, have blue-gray eyes that sometimes appear violet, and a lean athletic build. My hair is blond and thick and hangs to my shoulders, and over the years it has become lighter so that at times it seems pure white. I’ve been alive on this earth for more than two hundred fifty years and I am truly immortal, having survived any number of assaults on my person, and my own suicidal recklessness, only becoming stronger as the result.

My face is square, my mouth full and sensual, my nose insignificant, and I am perhaps one of the most conventional looking of the Undead you’ll ever see. Almost all vampires are beautiful. They are picked for their beauty. But I have the boring appeal of a matinee idol rescued by a fierce and engaging expression, and I speak a brand of easy rapid English that’s contemporary — after two centuries of accepting English as the universal language of the Undead. 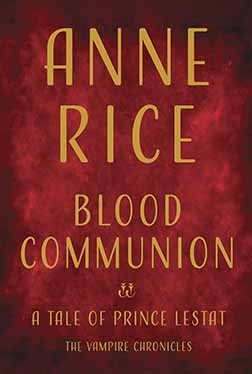