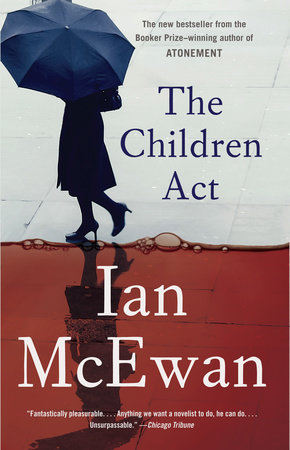 We know, we know. The book is always better than the movie. But there have been some amazing adaptations recently (um, hello, The Handmaid’s Tale). This fall we’re looking forward to spending a rainy afternoon or two in a movie theater, so we’ve compiled a list of a few of the book-based movies we’re most excited about.

The movie stars Emma Thompson and Stanley Tucci and is in select theaters now.

The Old Man & the Gun

Based on an article written by David Grann published in his collection The Devil and Sherlock Holmes, “The Old Man and the Gun” is the incredible story of a bank robber and prison escape artist who modeled himself after figures like Pretty Boy Floyd and who, even in his seventies, refuses to retire.

The movie stars Robert Redford and Sissy Spacek and will be released in select theaters on September 28.

Watch the trailer | Buy the book

The Girl in the Spider’s Web

A genius hacker who has always been an outsider. A journalist with a penchant for danger. She is Lisbeth Salander, the girl with the dragon tattoo. He is Mikael Blomkvist, crusading editor of Millennium. One night, Blomkvist receives a call from a source who claims to have been given information vital to the US by a young female hacker. Blomkvist, always on the lookout for a story, reaches out to Salander for help. The duo find themselves working together again—each with their own agenda. Their search for the truth leads them into an underworld of spies, cybercriminals, and government operatives willing to kill to protect their secrets.

The movie stars Claire Foy and will be released in theaters everywhere on November 9.

Watch the trailer | Buy the book

The Front Runner (Originally Published as All the Truth Is Out)

In May 1987, Colorado Senator Gary Hart—a dashing, reform-minded Democrat—seemed a lock for the party’s presidential nomination and led George H. W. Bush by double digits in the polls. Then, in one tumultuous week, rumors of marital infidelity and a newspaper’s stakeout of Hart’s home resulted in a media frenzy the likes of which had never been seen before. Through the magnificently reported story of the Senator’s fall from grace, Matt Bai, former chief political correspondent for The New York Times Magazine, shows the Hart affair to be far more than one man’s tragedy: rather, it marked a crucial turning point in the ethos of political media—and, by extension, of politics itself. At a moment when the definitions of “breaking news” and “newsworthiness” were being rewritten by new technologies and a changing culture, Hart fell first victim to the new norms of life in the public eye.

The movie stars Hugh Jackman and Vera Farmiga and will be released in select theaters on November 6 and theaters everywhere on November 21.

Read an excerpt | Watch the trailer | Buy the book

If Beale Street Could Talk

In this honest and stunning novel James Baldwin has given America a moving story of love in the face of injustice.
Told through the eyes of Tish, a nineteen-year-old girl, in love with Fonny, a young sculptor who is the father of her child, Baldwin’s story mixes the sweet and the sad. Tish and Fonny have pledged to get married, but Fonny is falsely accused of a terrible crime and imprisoned. Their families set out to clear his name, and as they face an uncertain future, the young lovers experience a kaleidoscope of emotions—affection, despair, and hope. In a love story that evokes the blues, where passion and sadness are inevitably intertwined, Baldwin has created two characters so alive and profoundly realized that they are unforgettably ingrained in the American psyche.

The movie is directed by Barry Jenkins and will be released in select theaters on November 30.

Read an excerpt | Watch the trailer | Buy the book