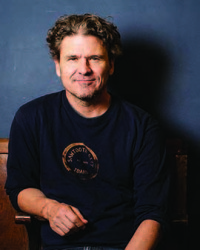 WHAT: THE PARADE, a novel

WHY: “A magnetizing, stealthily wry, and increasingly chilling tale.
“Four knows instantly that Nine, his new partner, is ‘an agent of chaos.’ The two strangers with their terse pseudonyms have been hired to pave a new road connecting the north and south of a poor, civil-war-ravaged country. The protocols are strict; the schedule is tight — they are to complete the road in time for a celebratory parade — and the dangers are many.
“Four pilots the grand RS-90, which lays down perfect asphalt; Nine rides ahead, scouting for obstacles. They are to set up tents next to their vehicles at night, keep their weapons handy, eat rations, and avoid contact with locals. Four is monastic in his discipline. Nine is a man of frank carnality and curiosity, as friendly as a bounding dog and utterly reckless. Clearly things will go awry, but how and how badly?
“The ever-incisive, wordly-wise, compassionate, and imaginative Dave Eggers maintains the tension of a cocked crossbow in this magnetizing, stealthily wry, and increasingly chilling tale of First World corporate mercenaries way out of their element.” —Donna Seaman, BOOKLIST

In the morning’s platinum light he raised his leaden head. He was lying on a plastic mattress, in a converted shipping container, below a tiny fan that circulated the room’s tepid air.

He washed himself with packaged towelettes and put on his uniform, a black jumpsuit of synthetic fiber. Under a quickly rising sun he walked across the hotel’s gravel courtyard to his partner’s room. They had never met. He knocked on the corrugated steel door. There was no answer. He knocked louder.

After some shuffling from within, a lithesome man answered, naked but for a pair of white boxers. He had dark eyes, a cleft chin and a wide mouth ringed with full, womanly lips. A swirl of black hair rakishly obscured his left eye.

“Nine,” the man at the door said, smiling slyly.

“Okay. You know how the company handles names. I don’t know yours, you don’t know mine. For the next two weeks, you’re Nine. Call me Four.” 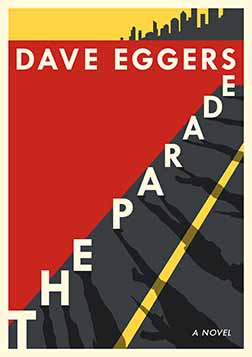